The PGA Tour remains in Las Vegas, as our local circuit continues its run of tournaments in the West. Meanwhile, Europe's best head back to Scotland. But who do our so-called experts fancy this week? World No.8 XANDER SCHAUFFELE is the man to watch in Vegas this week.

He boasts a scoring average of 66.914 and the Shadow Creek course will be to his liking. Why? This Tom Fazio design features average sized greens with plenty of undulation and they’ll be running 12 on the stimpmeter for all four rounds. This will play into the hands of the ball-strikers who can control their distance the best and leave their approach shots in the best spots to make a run at birdie.

Oh, and did I mention that statistically Schauffele is the second-best putter in the field this week? Schauffele could scare Dustin Johnson’s course record 66 en route to victory.

This week feels like it will favour a strong tee-to-green player who can get hot with the putter and for that reason I am going with LOUIS OOSTHUIZEN in Vegas.

A Sunday 64 snuck the South African into the top-20 last week after a disappointing third round and his third at the US Open suggests the major champion has found something in his game of late.

If Oosthuizen manages to get his ball in play off the tee at Shadow Creek he is a huge chance here.

Despite the immense talent of this field, I reckon this will finally be the week the 29-year-old breaks into the winner’s circle on the PGA Tour.

He’s been taking two steps forward and one step back for the past month but the time now seems ripe for TOMMY FLEETWOOD to put it all together in the US this week.

He’s a big event player and was in the mix again with 18 holes to go at Wentworth last week before fading on Sunday with some lacklustre play. The Englishman is too good to keep sabotaging himself and a good week at Shadow Creek beckons. EDDIE PEPPERELL has found some form in recent weeks, finishing outright 6th at Wentworth in strong company at the BMW PGA Championship.

This came on the back of a T9 at the Scottish Open. Scotland has been a happy hunting ground for the Englishman, recording a plethora of top-10 results including a runner-up finish in the Dunhill Links down the road at the Old Course in St Andrews and a T6 at The Open at Carnoustie in 2018.

The style of game required to win this week is right in Pepperell’s wheelhouse.

LEE WESTWOOD has been a model of consistency since completing his hosting duties at the British masters, recording five straight top-20s, including a T13 at the US Open. With a slightly weaker field here this week, I think the Englishman can convert that form into yet another European Tour title.

Links golf suits Westwood’s incredible ball flight control and consistency, while some slightly slower greens and the ability to play a variety of shots around the greens should lessen his occasional issues with the putter and wedges.

Reigning Rookie of the Year ROBERT MACINTYRE has struggled to put four rounds together this season. I believe that will all change this week on home soil and the left-hander will walk away with his maiden European Tour title.

This will mark the third event MacIntyre has played since parting ways with good friend and caddie Greg Milne. He will be eager to justify that decision.

Two strong performances in the past two weeks will have given EDDIE PEPPERELL a much needed confidence boost and given the weaker overall field in Scotland this week, common sense says he must be among the favourites.

Pepperell’s sixth place finish at Wentworth included a mini charge to start the back nine Sunday and while that run was ultimately curtailed by a bogey at the 15th it will have given him some momentum heading to St Andrews. 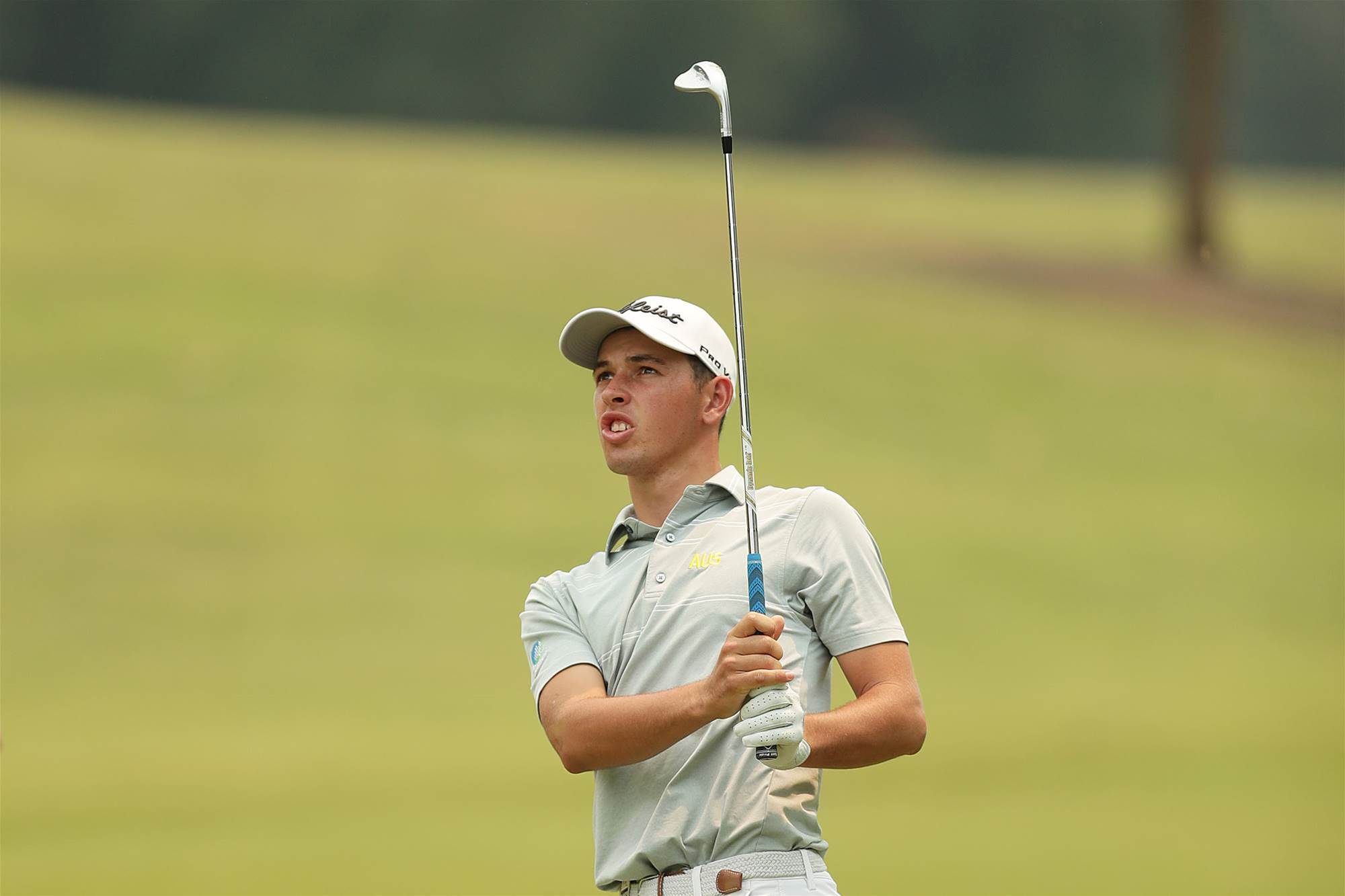 I’m going to stick with my WA PGA tip from last week as HAYDEN HOPEWELL returns to Perth and more familiar surrounds at Royal Fremantle GC.

The reigning West Australian Amateur Champion was a one-stroke runner-up behind Michael Sim in the WA Open last year and he enters this week’s championship in terrific form having finished T6 in Kalgoorlie last week.

The 18-year-old knows every inch of the layout and plays off a +4 handicap there. If he plays to his handicap each day he’ll be right in the mix down the stretch.

There will be plenty of focus on the top three from last week, but I think the one to watch here is RICK KULACZ.

The former amateur star and Asian Tour winner once held the course record at Royal Fremantle, where his coach Ritchie Smith is based, and last week’s 22nd in Kalgoorlie will have knocked some of the competitive rust of his game as he look to add a second PGA Tour of Australasia crown to his resume.

Tempted to stick with Brett Rumford this week but there’s no denying JARRYD FELTON is the man to beat at Royal Fremantle.

The Perth product has everything it takes to make it back-to-back wins this week. Keep an eye on 2012 champ Oliver Goss, too.

It would be tempting to pick Jarryd Felton to go back to back and win this week at Royal Fremantle but after such a close call it is the veteran BRETT RUMFORD who will be the one to watch at the WA Open.

The six time European Tour winner still has plenty of game despite being more teacher than player these days and having been in the mix in Kalgoorlie he will be highly motivated this week.

So far our so-called experts have combined to tip 14 winners in 2020, with 78 of their picks recording top-10 finishes that week and a best return of $29 for Adam Scott to win the Genesis Invitational (tipped by Brendan James and Jimmy Emanuel).