Australia's Hannah Green defends her Women's PGA Championship title this week, while the PGA Tour settles in Las Vegas and Europe's best tee up in the BMW PGA at Wentworth. Here are the players to watch according to our so-called experts. There is good recent history of players successfully defending this PGA Championship title. Inbee Park was the last player to do it (twice) winning three consecutive years from 2013, which emulated Annika Sorenstam's run a decade earlier.

So, with some history on her side, I think HANNAH GREEN can make it two-in-a-row this week at Aronimink, which is a course that will suit her game. Enormous value on offer for the defending champ.

DANIELLE KANG has recaptured some of the form that saw her claim back-to-back wins in August.

In an event where rounds of 67 or 68 will occupy some top billing, Kang, who won this event in 2017, should elbow her way towards the top of the leaderboard by Sunday afternoon and be right in the mix when the whips start cracking.

I think someone will break into the major-winner’s circle for the first time this week and I’ve backed NELLY KORDA to get the job done over Minjee Lee.

The 22-year-old American was runner-up at the ANA Inspiration last month and shared third place at this event last year. She arrives off the back of three consecutive top-5s and deserves to be favourite in the betting.

It never rains but it pours as the saying goes and after a 13-year drought was broken for Australia’s women in the majors with Hannah Green's victory last year they will now go back to back when MINJEE LEE triumphs at Aronimink. The sixth ranked player in the world but the top ranked player in consistency, Lee is due to break her major duck after several previous close calls and the demands of this week’s host course should play to her strengths.. BRYSON DECHAMBEAU is teeing up in his first start since winning the US Open and he returns to a happy hunting ground..

He was a winner here at TPC Summerlin in 2018 and has another two top-10 finishes in this event. And, forgot to mention, his scoring average for rounds played at this tournament is 67.44. He'll probably need to lower that to 65.5 to win this week but he's more than capable.

There are few players hitting it better than SERGIO GARCIA at the moment. He absolutely striped it to win the Sanderson Farms last week, so it was no surprise that he led the field in Strokes Gained: Off The Tee and Tee-To-Green as well as hitting the most number of greens in regulation. What enthuses me, though, is his putting. He's rarely looked as relaxed with the putter as he did in Mississippi and he's already his converted thousands to closing their eyes when they putt. If it works ... run with it.

TPC at Summerlin is a putter’s paradise and JASON DAY is still one of the best putters on the planet, despite a slight dip of late statistically.

The former World No.1 will make his first start here since sharing fourth place back in 2012 with four rounds in the 60s. I reckon the Queenslander offers great value.

MATTHEW WOLFF showed maturity – plus learnt an awful lot – at the US Open at Winged Foot and, while this week’s Shriners event will pose a different series of questions, it should be right up the young star’s alley. A low scoring affair where birdies are plentiful is Wolff’s comfort zone and on debut here last year he finished comfortably inside the top 20 with a 15 under total. Wolff has already shown he is more than capable of mixing it with the game’s best under all conditions and a second Tour victory beckons this week. 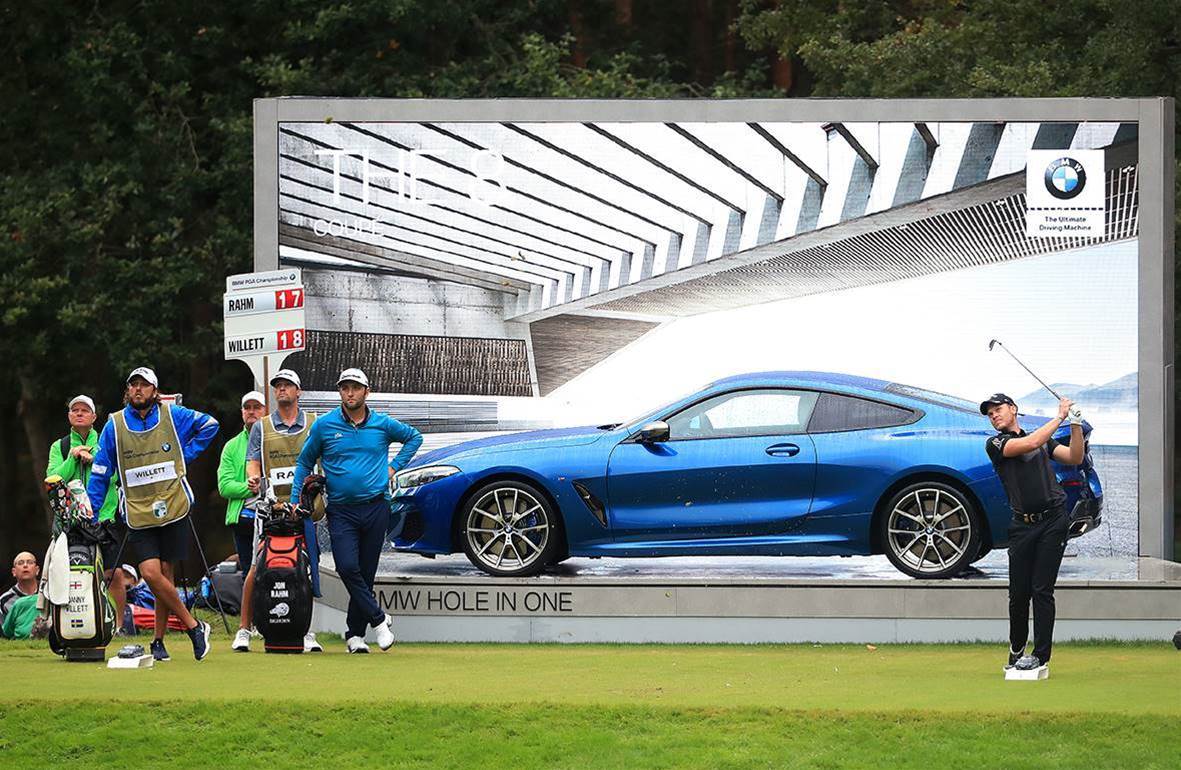 South African ERIK VAN ROOYEN made his first European Tour start since the COVID shutdown at the Scottish Open last week and surged into the top-10 with closing round 65 on the final day. He finished just three strokes from the play-off.

Having tipped him to win last week, I'm going to stick with Erik and see if he can convert at Wentworth, where he finished T14 in 2019.

I sense TOMMY FLEETWOOD might be the form player heading to Wentworth. Four rounds in the 60s in the Scottish Open only to lose in a play-off, was impressive.

His record at Wentworth is not inspiring, with his best being a T20 in 2018. But his recent vein of form suggests that won't be his best result for much longer.

Former World No.1 JUSTIN ROSE makes his 15th appearance at the BMW PGA this week and has finished runner-up on two occasions (2007 & 2012).

The Englishman hasn’t played competitively since missing the cut at the US Open last month and wasn’t showing many promising signs prior to that, however he finished eighth here last year and I can see him returning to form at Wentworth to register his first European Tour title since 2018.

In his first (and so far only) appearance at this event last year Patrick Reed finished fourth at Wentworth so clearly has a liking for the course. More importantly, however, might be his disappointing weekend at the US Open for which he will be keen to make amends. One of the best in the world at any time, a motivated PATRICK REED is an even more dangerous player and with the number one spot on the Race to Dubai rankings to protect he will be plenty interested this week. 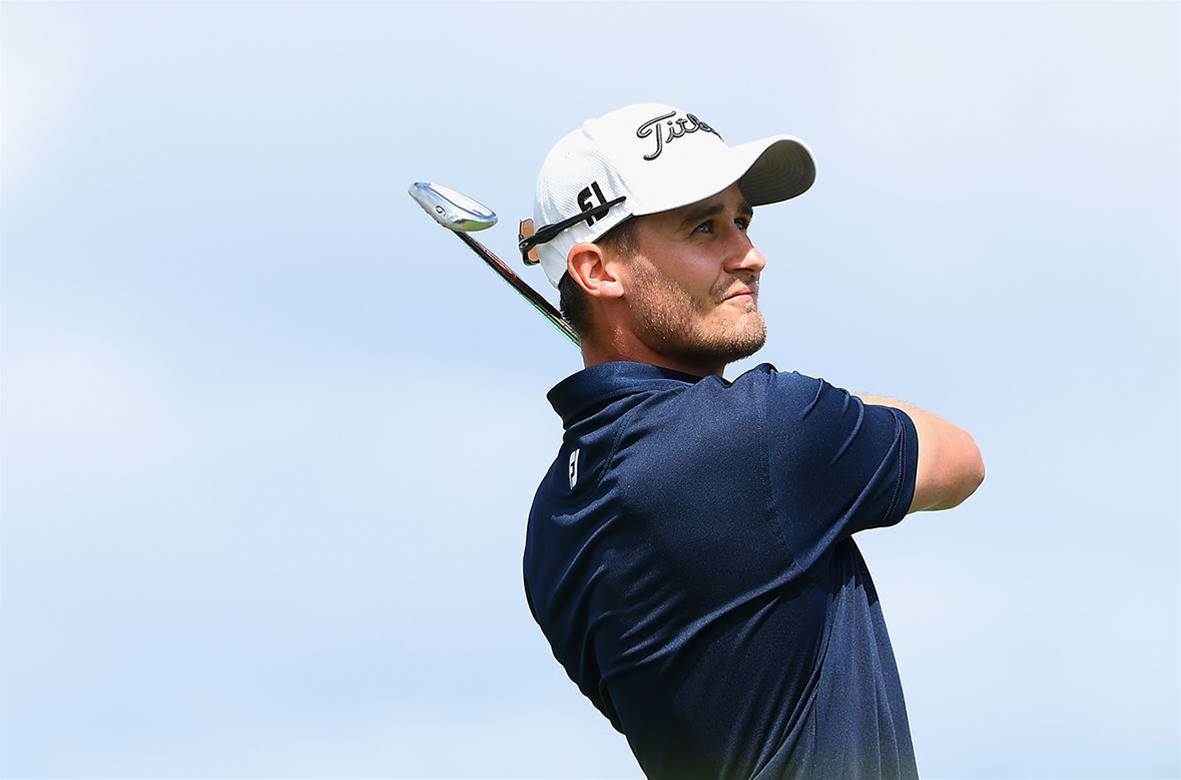 The all-West Australian field this week in Kalgoorlie sees a few old heads teeing it up against a brigade of young up-and-comers.

Given the length of the Kalgoorlie layout, I reckon young amateur HAYDEN HOPEWELL can get the job done. He's the reigning WA Amateur and Tasmanian Open champion and was runner up in the WA Open last year. He's a serious talent that could win pulling away.

I spoke with JARRYD FELTON (pictured above) recently and I suspect he's had enough of practice and can't wait to get the competitive juices flowing.

He's had three top-5s in this event, including a runner up finish last year, and I think in this weaker field he'll be hard to topple.

Short-game wizard BRETT RUMFORD should prove tough to hold out at Kalgoorlie this week.

The 43-year-old Perth product won this event back in 2015 and finished 14th last year. Daniel Fox should also be right amongst it and loves competing on home-state soil.

A small field made up of golfers with no tournament play under their belts for the best part of a year makes this event a difficult one to pick. Jarryd Felton’s name stands out simply because of his profile but that will count for little in a field that also boasts some well credentialed veterans including Brett Rumford and Daniel Fox.

Perhaps the most interesting aspect of this week’s event will be the performance of the three amateur women in the field. Madison Hinson Tolchard, Kirsten Rudgely and Abbie Teasdale will all tee up in Kalgoorlie for what will be an interesting and valuable learning experience. After all that, though, I still can’t go past JARRYD FELTON.

So far our so-called experts have combined to tip 12 winners in 2020, with 70 of their picks recording top-10 finishes that week and a best return of $29 for Adam Scott to win the Genesis Invitational (tipped by Brendan James and Jimmy Emanuel).