Adam Scott’s nine holes with fellow golf pro Wayne Perske played live on Instagram in May was a fantastic initiative, well received by all. And our lone Masters champion will do it again on Wednesday.

The Queenslander will this time take to Caloundra Golf Club on the state’s Sunshine Coast, where he remains, having outlined his concerns about returning to the United States for the PGA Tour’s recommencement this week in Texas a few weeks ago.

Scott’s ‘mate’ this time around will be promising local talent Bailey Arnott, an 18-year-old Freshman on the Iowa State men’s college golf team.

Join me on IG Live at 4:00pm (AEST) Wednesday June 10 for the second edition of NINE HOLES with a mate. Going to be playing a match with my mate @bailey.arnott, talking return to PGA tour golf, college golf in the USA and answering some of your questions.

Scott announced the second ‘NINE HOLES with a mate’ via his Instagram page this morning, once again encouraging viewers to ask questions for him to answer as he and Arnott make their way around the Ross Watson-designed layout.

Having previously shone a light on Perske’s home track, the burgeoning Maleny Golf Club, the soon-to-be 40-year-old Scott has yet again confirmed himself as a shining light for Australian golf during an extremely difficult time for the game with his willingness to showcase his home state, engage with fans, whilst also introducing a player with great potential to many fans. 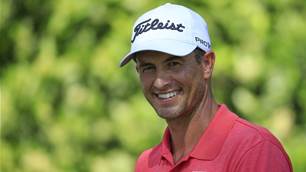 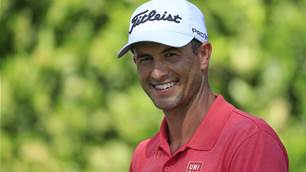 WATCH: Scott vs Perske on the Sunshine Coast 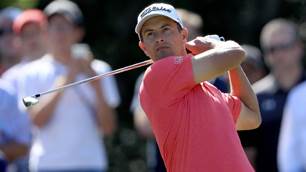