Former Australian No.1 junior tennis player Gabriela Ruffels traded her racquet for a golf club five years ago and her sublime skills were for all to see in the second round of the ANA Inspiration.

The 2019 US Women's Amateur champion mixed it with the game’s best at the LPGA's second major of 2020 when she shot a four under 68 in the second round to be just six strokes behind leader, American Nelly Korda.

The 20-year-old Ruffels, sister of professional golfer Ryan Ruffels, carded five birdies with a lonesome bogey to sit T7 with 10 other players including Queenslander Katherine Kirk.

Kirk's five under round was bettered only by Korda and equalled by third-placed Lexi Thompson and Angel Yin. 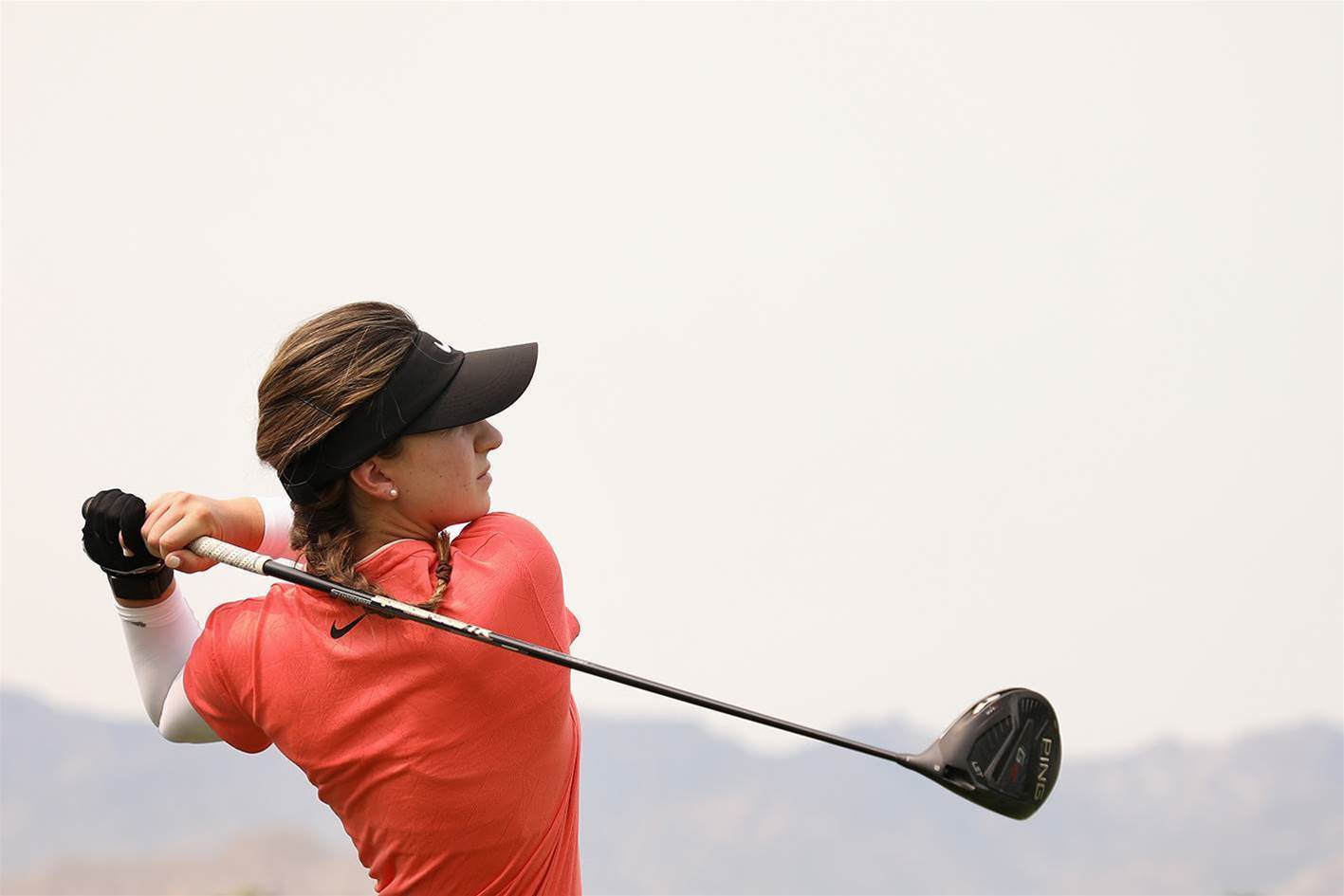 Gabi Ruffels is coping well with the pressure of being an amateur among the world's best pros at the ANA Inspiration. PHOTO: Getty Images.

Ruffels said she was nervous for the first few holes in the opening round but it has been plain sailing ever since.

“I've been able to kind of get it back, and it's felt pretty solid out there,” Ruffels said. “it's my third major, but always as an amateur you're going to have some nerves.

“I was just excited to get this week going. Definitely happy where I stand after two rounds.”

Ruffels said the experience of defending her US Women’s Amateur title last month was helping her performance this week.

“A month ago. I was actually defending my title at the U.S. Am, so there was a lot of pressure, and I feel like I handled it pretty well,” she said.

“Definitely drawing from that experience. It was a great week, although I couldn't get the job done in the final, but great week, and definitely building off my confidence.” 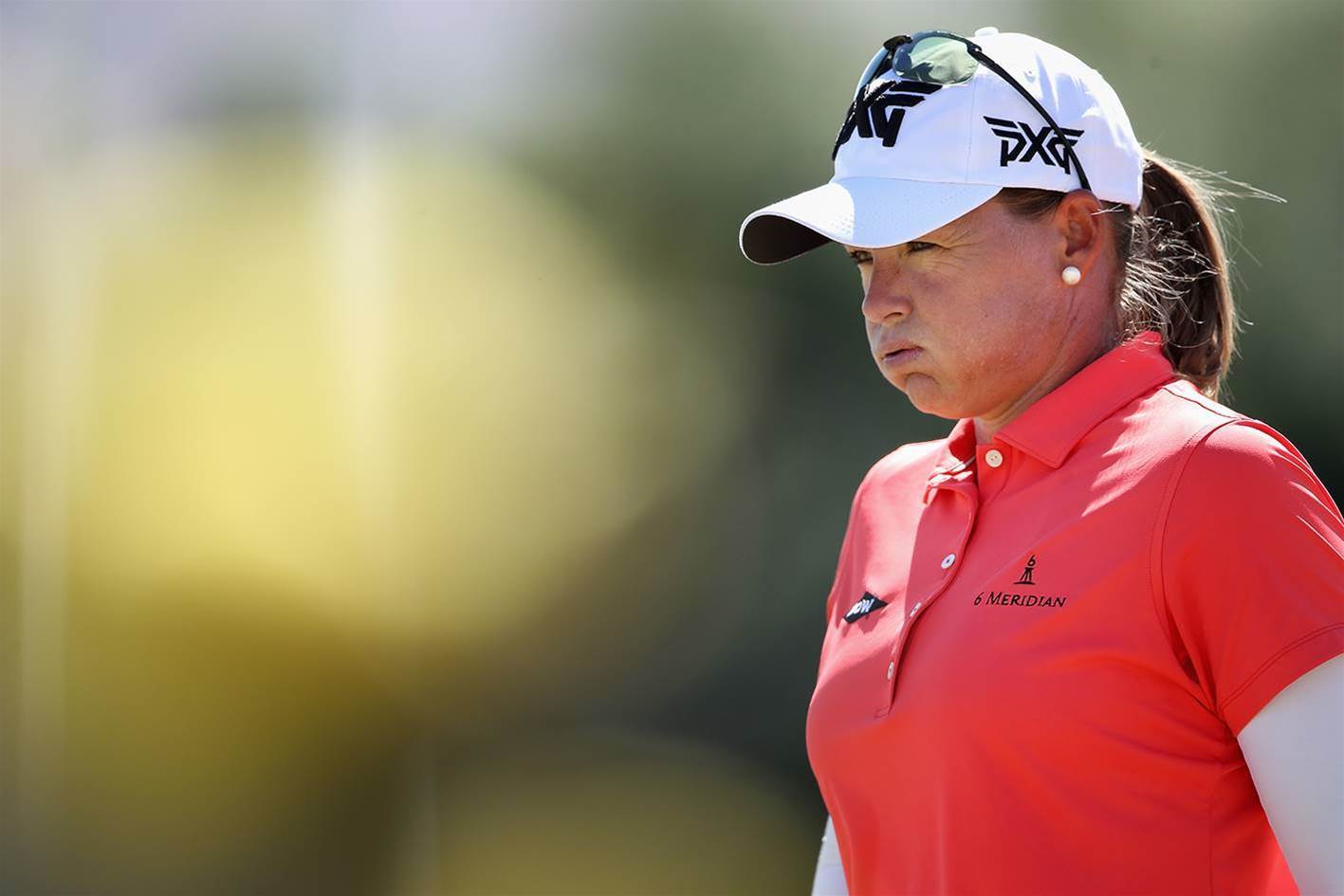 Katkerine Kirk fired a five under 66 to move into the top 10 through two rounds. PHOTO: Getty Images.

One shot behind Kirk and Ruffels is West Australian Minjee Lee, who posted a three under 69. Fellow West Aussie and major champion Hannah Green is one under midway through the tournament after shooting a disappointing second round 74.

Korda is the one to catch after her 67 gave her a two-stroke lead over South Korea’s Mirim Lee, heading into the third round.

The 22-year-old American – who began the day one stroke ahead of Chun In-gee, of South Korea, and Sweden’s Madelene Sagstrom – made five birdies and holed putts from 20 feet on the 2nd and 25 feet on the 3rd to remain bogey free across the round. 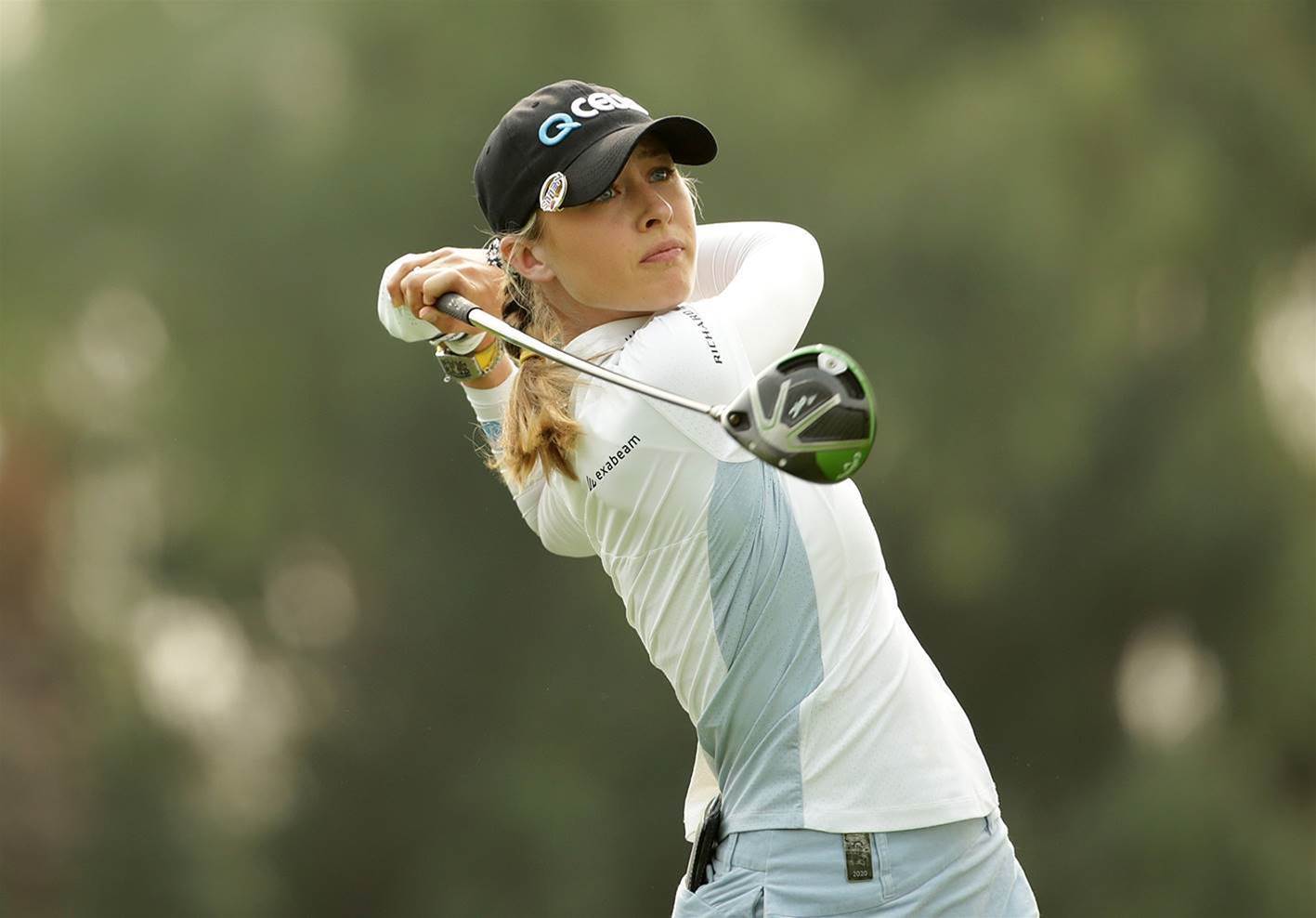 Nelly Korda is two strokes clear of the field at the halfway stage. PHOTO: Getty Images.

Korda, who carded a first round 66 on Thursday, moved to 11 under 133 for the tournament, taking a 36-hole lead into the weekend of a major for the first time in her career.

"I did not know what I was doing on those two holes," Korda said. "My caddie Jason just said, okay, take a deep breath right now, so I was happy those two went in.

"Golf is just all about momentum, so you roll one in here and there and it just makes it a lot easier."

Lee, who began the second round in 19th place, made seven birdies and also remained bogey-free as she surged up the leaderboard into second spot.

The conditions are less than ideal at Rancho Mirage, with temperatures expected to soar above 38 degrees over the weekend.