For only the second time in the history of The Memorial Tournament, a player born in the state of Ohio has claimed victory, with Jason Dufner emulating host Jack Nicklaus in claiming the coveted title.

Dufner survived two rain delays and an inconsistent front nine during the final round to eventually finish at 13 under and emerge victorious by three shots from India’s Anirban Lahiri and fellow American Rickie Fowler.

“Mr. Nicklaus is the only other Ohioan to win this event, so now I join that list. Pretty good company there and pretty good event to win,” Dufner said of claiming victory in his home state. 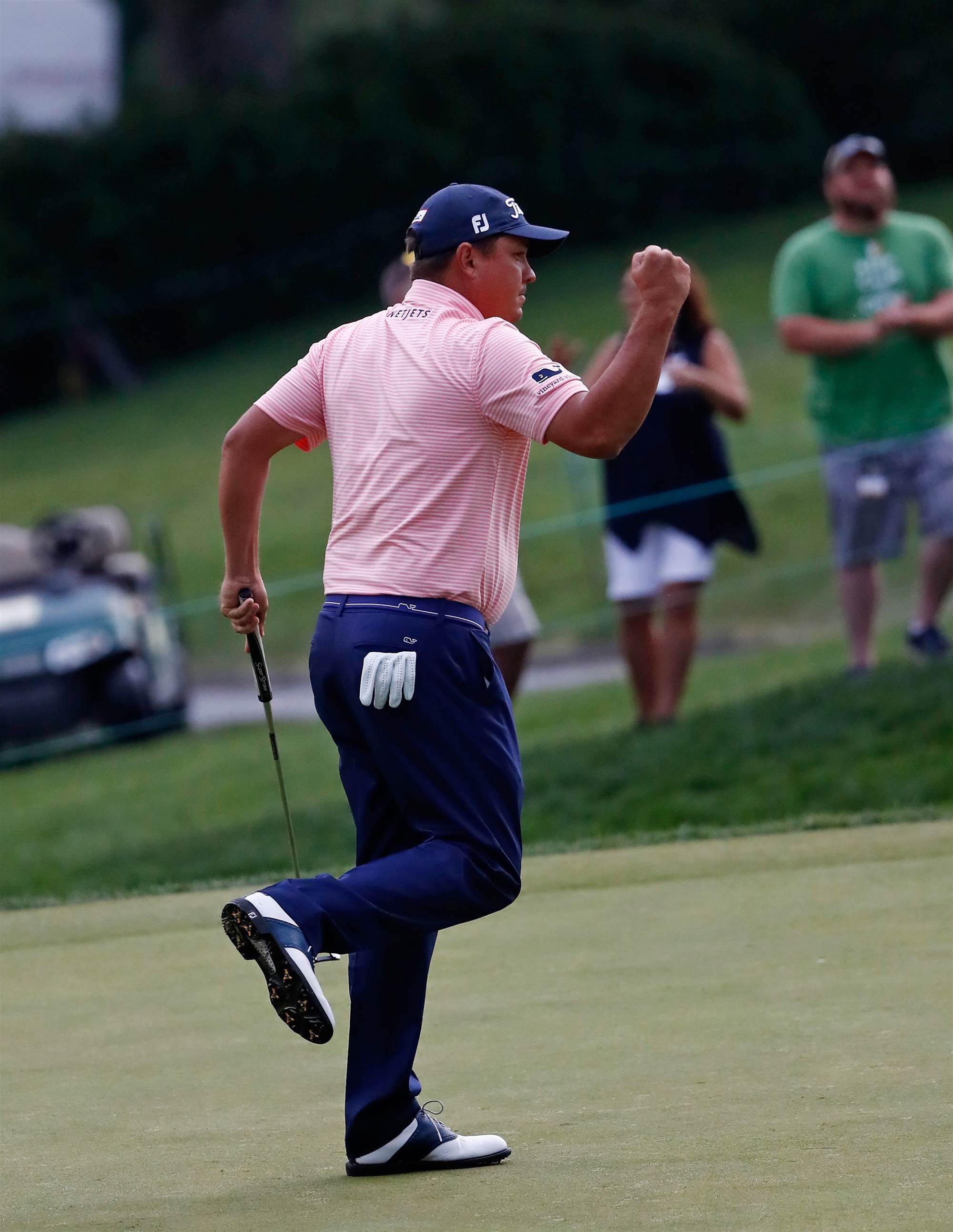 The 40-year-old held the lead going into the weekend at Muirfield Village before a Saturday 77 left him four-shots adrift to start the final round.

“Yesterday I was pretty frustrated with how I finished, how I played,” Dufner said reflecting on his third round. “So I kind of burned some steam off on the range and got it out of my system.”

With bad weather closing in and a host of players throwing their hat in the ring, Dufner found form and surged home on the back nine on Sunday, making four birdies in eight holes between the 10th and 17th.

After finding the right rough from the tee at the difficult par-4 18th, Dufner was then forced to nervously ponder his approach shot and collect his thoughts as play was suspended for the second time due to inclement weather.

When play resumed the 2013 US PGA Champion faced a long par putt to secure his fourth Tour win after finding the green with his third shot. With Fowler just off the green needing a birdie to potentially force a play-off, the mild-mannered Dufner proceeded to roll in his putt from 32 feet. He celebrated with a rare burst of emotion in the form of a fist pump, earning him a congratulatory greenside handshake from the tournament host Nicklaus. “You have a lot of setbacks out here on the PGA Tour, to rebound from it (Saturday’s round) and give myself a chance to win – I was going to be proud whether I won today or not because I got back in contention and that's what all of us want to do come Sunday at the PGA Tour,” Dufner said.

For the second consecutive week Marc Leishman shared best performing Australian honours with his tie for 15th matched by Ohio resident and Muirfield Village member Jason Day, who closed with a two-under-par 70. Rising star Brett Coletta, 20, was a further three strokes back, earning a share of 25th in just his second career PGA Tour start.