Peter Uihlein has topped the leaderboard at eight-under 63 in the Shriners Hospitals For Children Open, with Jordan Spieth three strokes back in his season debut.

Uihlein birdied six of his final nine holes in the Thursday morning round of the PGA Tour event in Las Vegas.

"It's nice to get off to a good start, especially when there wasn't much wind," Uihlein said.

"I've heard mixed reviews on the forecast this week so nice to get off to a good start and take advantage of good conditions early."

Seth Reeves shot 64, electing to finish the par-5 9th at TPC Summerlin after the horn sounded suspending play because of darkness. Harold Varner III and Robert Streb were two strokes back at 65.

Spieth shot 66 in his first career start in a domestic autumn event.

"I've heard mixed reviews on the forecast this week so nice to get off to a good start and take advantage of good conditions early." – Peter Uihlein

The highest-placed Australian is Matt Jones, who's tied for 19th at three under, followed by John Senden and Rod Pampling, who are tied for 32nd at two under.

Spieth is playing for the first time since the Ryder Cup and making his first stroke-play start since the BMW Championship in early September.

"It's been really the last kind of six tournaments or so of the regular season, too, I started to clean up kind of in the set-up and vision," Spieth said.

"It's getting close to where I feel like I can just kind of point, aim, shoot, which is where I want to be." 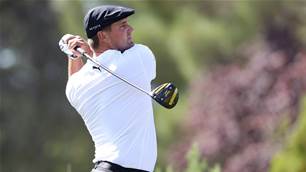 Red-hot DeChambeau on top in Vegas 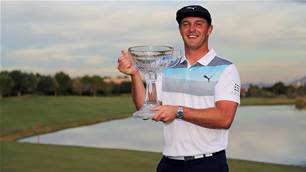