As unfortunate as it always for a professional golfer to sit on a Qantas plane early on a Saturday morning – the same Saturday morning of the Vic Open third round – I did give me time to reflect on the event.

The Oates Vic Open is unique, a bringing together of the women and the men, something the world is so keen on, equality and unity. As a concept that started a few years ago at the wonderful 13th Beach Golf Links, it has simply gone from strength-to-strength.

Now, for those uneducated on the concept, the women and men don't play against each other they co-exist for the week at the 36-hole facility playing groups apart. Despite sharing the venue, the tournaments remain woman vs woman and man vs man as they compete to become their respective champions. It is a brilliant concept and one that has seen the tournament prizemoney rise to a combined $1 million this year and even more next year.

To run such an event requires a great venue and with two quality golf courses available at 13th Beach, it is the perfect fit.

Located a short drive from Geelong it is perfectly placed on the schedule of sport in the area, just after the ever-growing Cadel Evans cycling road race and just before the mighty Geelong Cats embark on their campaign for another AFL premiership. In fact there is always a healthy-sized group of AFL players on hand for the pre-tournament pro-am providing a buzz for the spectators to see them up close and personal before their season begins.

Logistically I am sure there is a serious amount of work undertaken to make this event happen and at times it seems like things are pushed to the limit, to the edge of breaking point even.

The driving range is great, it's wide and long but with two full fields playing during the week there are times when you simply can't "get a spot on the range!" Patience is the key here and perhaps that other ‘p’ word, preparation. I used the wait time to watch and learn but more on that later. 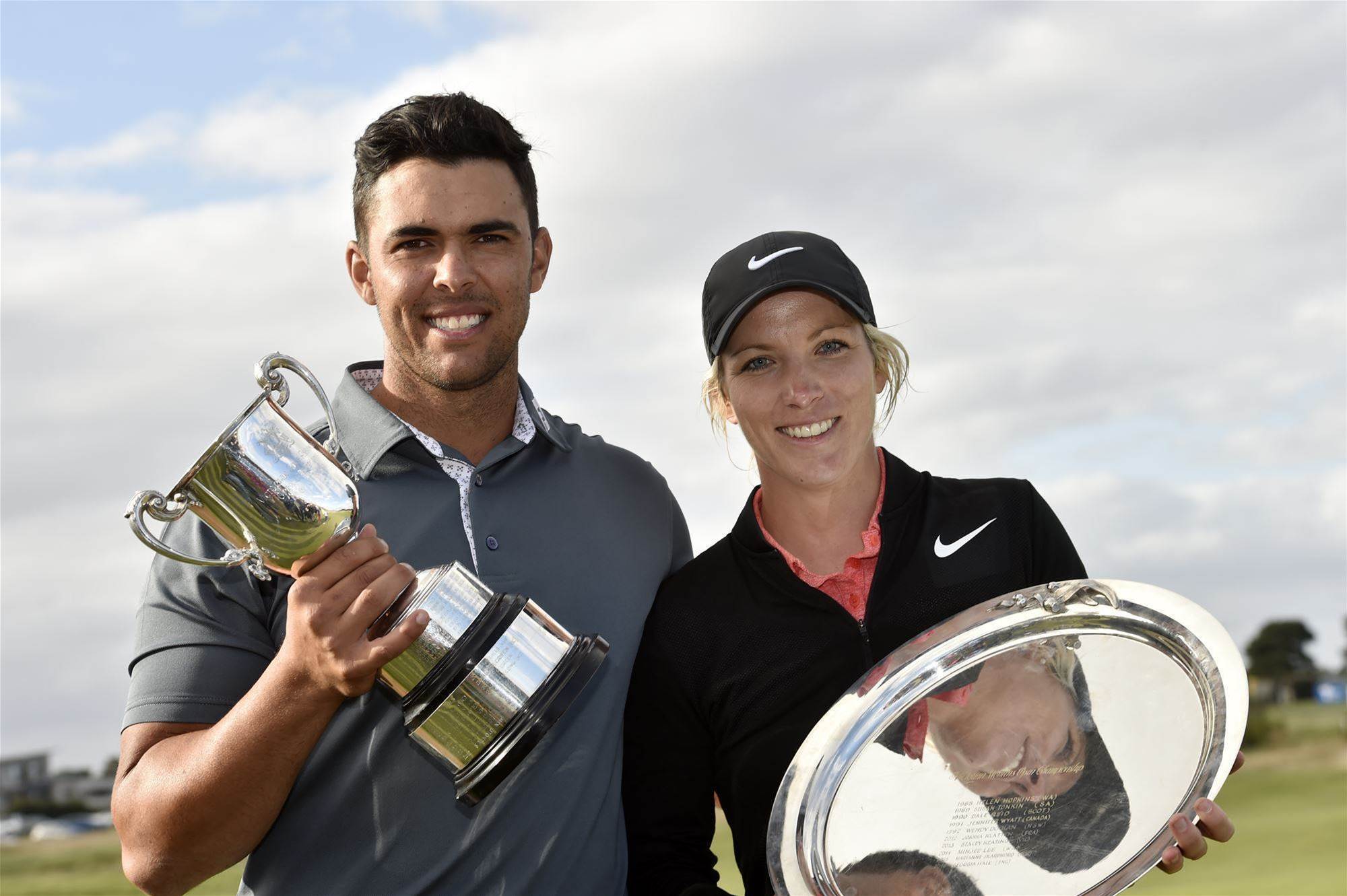 Knowing when to visit the range and when to be on the putting green comes with some experience at the event and a little forward thinking. It doesn't always go to plan and in fact I was putting in relative quietness on Thursday afternoon after my opening round when suddenly a bunch of putting aids were set up around the hole I was putting to. Before I knew it my peace was destroyed as it now looked like I was in a campsite with new arrivals next door starting to pitch their tents. There were alignment sticks, string lines, tees, putting aids and balls galore. Sometimes your planning just doesn't work out perfectly with the numbers of players present.

I will say, though, ,the concept of having us all together for a week has so many positives and I truly wish the other states and even venues internationally would look at copying the model because quite simply, it really works.

Catching up with friends on the women's Tour is always great, and gives you a break from the same bunch of blokes you see each week on tour. The atmosphere of the week is like no other on tour as spectators come in numbers to the course to catch a glimpse of the stars on show from both the women's and men's games. That's where the brilliance of the organising team comes in, alternating the women's and men's groups on each course means spectators can find their favourite spot on the course and relax watching everyone with ease.

The women certainly add some colour and flare to the show with their outfits but more than that they also show off their serious talent and skill sets.

It's a different game to the power game that dominates the men's game nowadays, and I truly believe that is a pivotal part of the week’s attraction. I'm sure the women, as a whole, are a heck of a lot more pleasant than the men to deal with too, and no question they are great athletes.

The sharing of ideas happens across the genders too and I believe that is great. On the range on Wednesday I was asked by the young lady beside me what the drill was I was working on. I happily shared the information with her and even sent her some more detailed information on it later that afternoon. 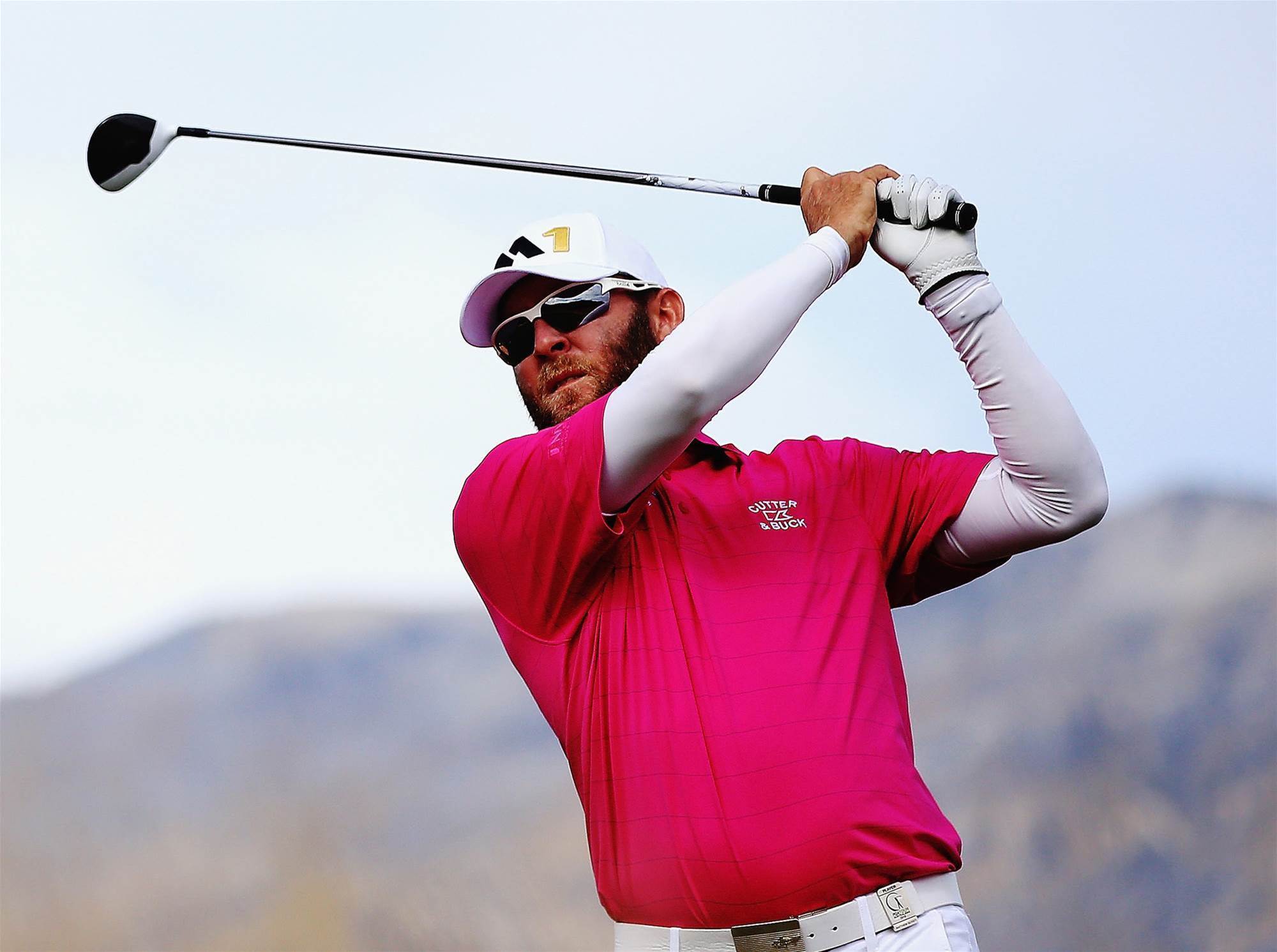 By the same token I was curious about the tournament week program of one of the top female players following a chat with her caddy about it. Her plan was out of left field, but I like left field and to be honest I am looking to improve so why not turn over every stone in my attempts to make that happen.

How refreshing it was to have a whole new tournament field to see, watch and learn from. I know I have taken away new concepts, new drills and new ideas from this coming together of the genders and for those that haven't because their egos got in the way, they have missed out. I don't know everything and if I did and had a handle on all of it, I would have been at a different beach last week … Pebble Beach on the PGA Tour.

The event continues to thrive and as more and more sponsors buy in to the product this event will continue to be a pioneer worldwide. Just imagine how good it would be to watch Jason Day, Jordan Spieth and Rory McIlroy come through in one group followed by Lydia Ko, Paula Creamer and Lexi Thompson in the next.

I believe the concept is that great that not only would it create an awesome event and incredible atmosphere, it would do our bit for the world in equality and unity, something this struggling world of ours surely needs more of.

Congratulations to the organisers as this event is now iconic around the world and I believe the players look forward to it more and more each year.

* Matthew Guyatt plays on the PGA Tour of Australasia. You can follow him here or on his website www.mattguyattgolf.com 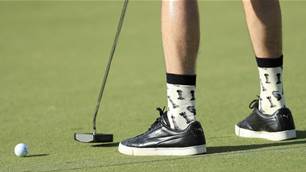 Opinion: Dress code for the success of the game 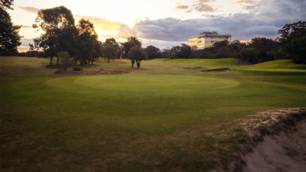