The historic venue was originally scheduled to be the host site of the 2020 championship, but it was canceled due to the COVID-19 pandemic.

This will be the fifth USGA championship to be held at Newport Country Club, which hosted the inaugural US Open and US Amateur championships in 1895. The dates of the US Senior Open are June 27-30, 2024.

“Newport Country Club and the USGA have a long, rich history that dates to the club’s beginnings as a founding member club of the Association, and we are more than pleased to continue this relationship as we progress through these challenging times,” said John Bodenhamer, USGA senior managing director, Championships. “We know that the region and community will be fully supportive of the US Senior Open, senior golf’s most prestigious championship.”

“On behalf of the Newport Country Club, we are excited to have the opportunity to host the 2024 US Senior Open Championship as our nation and community work toward normalcy,” said Barclay Douglas Jr., club president. “The state of Rhode Island, the city of Newport and the club are enthusiastic to support this USGA championship. Our ‘City by the Sea’ will be enhanced by having the world’s best senior players compete for the Francis D. Ouimet Memorial Trophy on our historic Tillinghast course.”

William F. Davis designed Newport Country Club as a nine-hole layout in 1894, and the course was expanded to 18 holes five years later. In 1923, A.W. Tillinghast remodeled the course, which sits on the southern end of Newport. Ron Forse supervised a restoration in 2005. The distinctive Beaux Arts-style clubhouse, which was designed by architect Whitney Warren, overlooks Brenton Point.

Newport Country Club is one of the five founding members of the USGA, which was formed on Dec. 22, 1894. Theodore A. Havemeyer, the co-founder of Newport Country Club, was the Association’s first president, and the Havemeyer Trophy is annually presented to the US Amateur champion.

“Newport Country Club and the USGA have a long, rich history that dates to the club’s beginnings as a founding member club of the Association, and we are more than pleased to continue this relationship as we progress through these challenging times." – John Bodenhamer, USGA

Newport Country Club was the site of the first US Amateur and first US Open in 1895. Charles Blair Macdonald, who is considered the father of American golf course architecture, defeated Charles E. Sands, 12 and 11, to win the inaugural Amateur. One day later, Horace Rawlins, an English professional, posted a two-stroke victory over Willie Dunn to claim the US Open over 36 holes, four trips around the original Newport course.

In 1995, the US Amateur returned to the course as part of the USGA’s centennial celebration. Tiger Woods won the second of his three consecutive US Amateur titles by defeating George “Buddy” Marucci, 2 up, in the 36-hole final. Woods, who has won nine USGA championships, including three US Opens, was 3 down in the morning round but took the lead for good by winning the 30th hole.

Annika Sorenstam shot a 1-under-par 70 to defeat Pat Hurst by four strokes in an 18-hole playoff that decided the 2006 US Women’s Open Championship at Newport. The two players were tied at even-par 284 after 72 holes. Sorenstam recorded her third US Women’s Open victory, which ties her for third for most wins behind Betsy Rawls and Mickey Wright, who each won four times.

The 2024 US Senior Open will be the 10th USGA championship conducted in Rhode Island. The most recent championship was the 2011 US Women’s Amateur, hosted by Rhode Island Country Club in Barrington, where Danielle Kang defeated Moriya Jutanugarn, 6 and 5, for her second consecutive Women’s Amateur title. Lydia Ko and Jihee Kim were the co-medalists.

The US Senior Open was first played in 1980. The championship for golfers age 50 and older is open to any professional and any amateur with a Handicap Index® not exceeding 3.4. Seven players have won both the US Open and the US Senior Open during a career. The list includes Billy Casper, Hale Irwin, Orville Moody, Jack Nicklaus, Arnold Palmer, Gary Player and Lee Trevino.

Omaha (Neb.) Country Club will host this year’s US Senior Open from July 8-11. Saucon Valley Country Club (Old Course), in Bethlehem, Pa., will be the host site of the 2022 championship, from June 23-26. The 2023 championship will be contested at SentryWorld, in Stevens Point, Wis. Broadmoor Golf Club (East Course), in Colorado Springs, Colo., will serve as host in 2025. 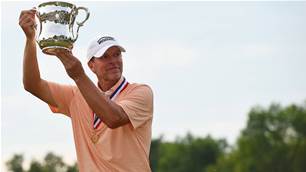 SentryWorld to host 2023 US Senior Open 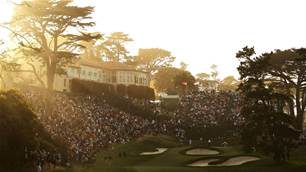 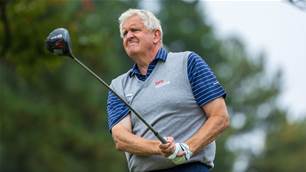