And an impressive 19 feet four inches it was – a birdie putt to close out a comfortable 3 & 2 victory in the opening match of the Presidents Cup Sunday Singles against Mexico’s Abraham Ancer.

If it is indeed Woods’ last appearance here it was a fitting end to what has been a wonderful relationship.

The Melbourne Sandbelt, in particular, has seen the coming together of one of the best to ever play the game supported by a crowd that has appreciated his genius and a style of golf that has rewarded and showcased his special talent.

Woods’ appearances in this part of the world haven’t been restricted to Melbourne though that is clearly where his heart lies.

His first trip to Australia came just four months after he joined the pay for play ranks when he teed up at The Australian Golf Club for the 1996 Australian Open. Woods certainly had a love affair with Melbourne, and the feeling was mutual. PHOTO: Getty Images.

Already a two-time winner on the PGA Tour in just nine events as a professional, there was great anticipation about his arrival in a field that included Australia’s biggest ever star, Greg Norman.

His opening effort was a let-down, a horrible seven-over 79, which ruled him out of any chance to win, while Norman shot 67 and eventually cruised to victory.

That T5 result was the first of eight trips to these shores for Woods, the next coming just three months later at the 1997 Masters at Huntingdale.

He finished T8 but as he had been in Sydney – and everywhere he has travelled since – Woods was more than just the centre of attention, he was the whole show.

Robert Allenby was one who was less than impressed with the attention on the American and declared at one point Woods was ‘just another golfer’.

By the time of his next visit some 20 months later, Woods was a major winner and again the focus in his first Presidents Cup appearance.

He amassed just two points from a possible five in what remains the American team’s only loss though, importantly and symbolically, he beat Greg Norman in the Sunday singles 1-up. 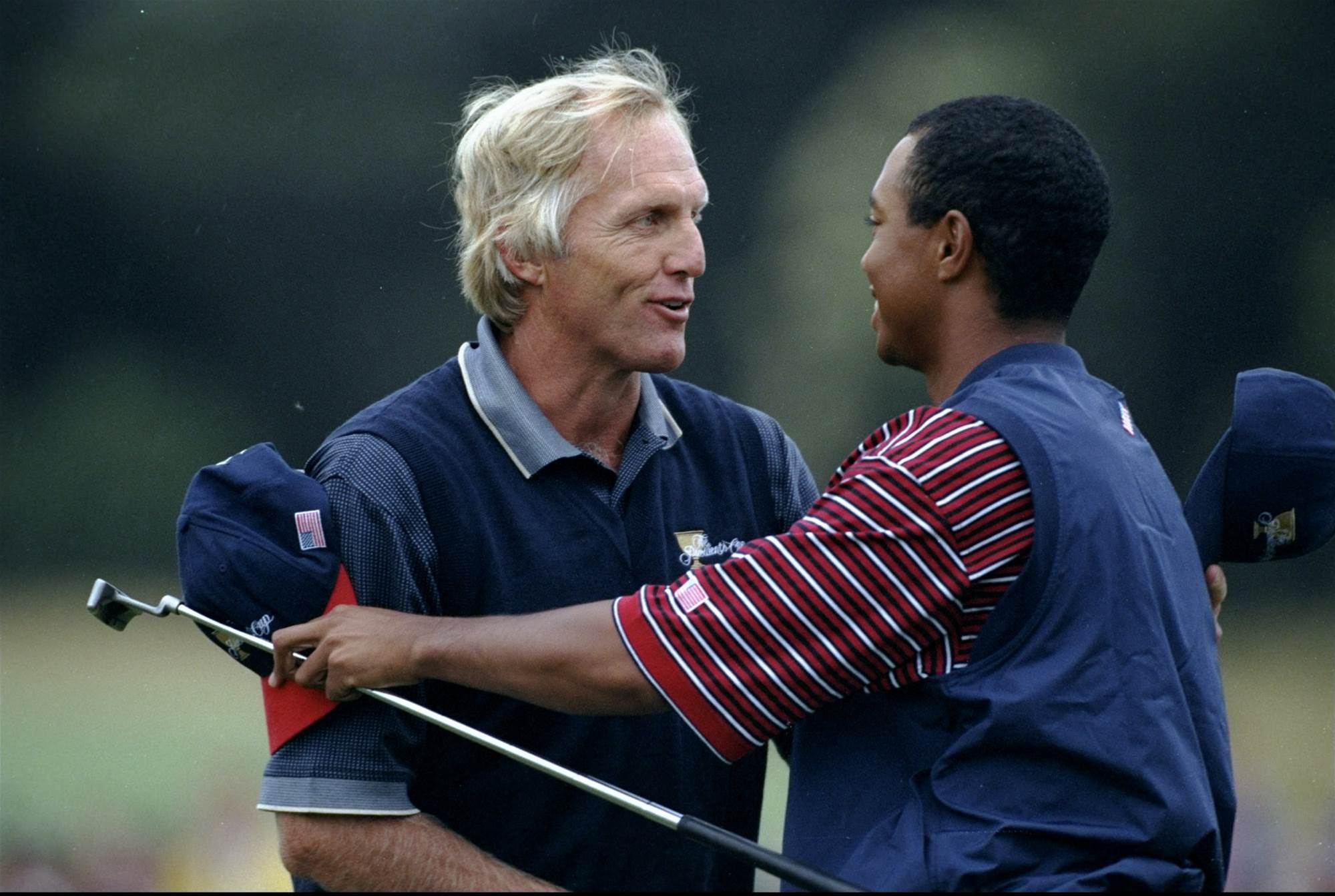 The baton of world's best golfer was passed when Woods played Greg Norman in the 1998 Presidents Cup at Royal Melbourne. PHOTO: Getty Images.

It would be more than a decade before Australian fans would get to see Tiger again and if the hype surrounding his 2009 appearance at the Australian Masters at Kingston Heath is anything to go by they missed him. Badly.

A $3 million appearance fee created headlines but the fans couldn’t get enough of the World No.1. One Melbourne radio station even felt it necessary to cross live to Essendon Airport to give listeners an eyewitness account of Woods walking off his private jet.

Helicopters buzzed above the Kingston heath course for hours, only heasing back to base when Woods was done for the day.

Galleries standing ten-deep around the compact layout witnessed rounds of 66-68-72-68 to ensure a two-shot victory – his only tournament win in Australia – and then his seventh title of the year internationally. But, within a few short days, his personal life unravelled.

His comeback story is rightly already a matter of legend, four back surgeries and a dose of the chipping yips not enough to extinguish his extraordinary talent.

Despite the humiliation of his infidelity being exposed and his golf game suffering as a result, Woods returned to Australia for the 2010 Masters at Victoria Golf Club and finished fourth on the back of a sizzling final round 65.

Even when not at his best Woods is one of the most exciting players to watch and just as he had at Victoria he set the crowds abuzz at the 2011 Australian Open at The Lakes.

Playing the week before the second Presidents Cup at Royal Melbourne, Woods again produced a Sunday charge though his final round 67, which ultimately left him two adrift of Greg Chalmers.

As has been the case most of his career his team play was less than stellar with two wins and three losses from five games though – predictably – he won his Sunday singles over Aaron Baddeley.

And, finally, we have seen Tiger this week. Or Tiger 2.0 as he has come to be known.

He arrived as the reigning Masters champion and, despite sitting out two games over the four days, he left as clearly the best player in the field.

His comeback story is rightly already a matter of legend, four back surgeries and a dose of the chipping yips not enough to extinguish his extraordinary talent.

Those of us lucky enough to see him play on any or all of his visits here are – and should be – thankful. It has been a privilege to bear witness to golf being played in a manner it has likely never been played before.

And not the least of it this past week. 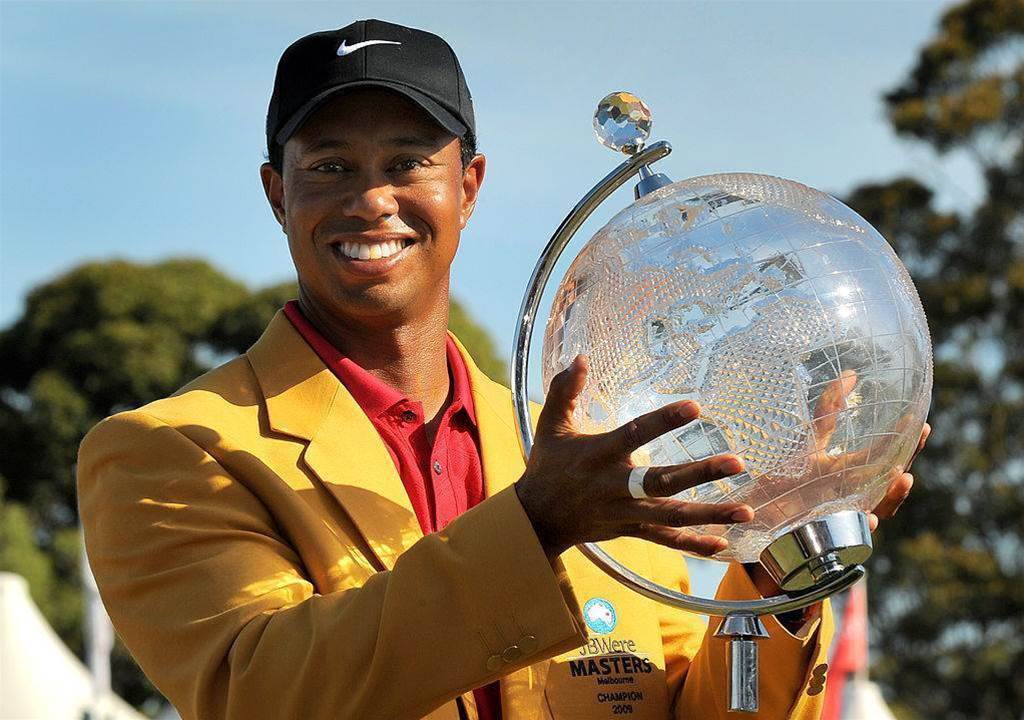 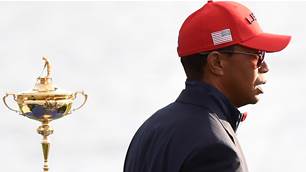