Rory McIlroy has fired the first shot in the mental game ahead of the Masters final round, saying all the pressure is on leader Patrick Reed to win the green jacket.

Reed carded a five under 67 to reach 14 under after three rounds at Augusta National, with the Northern Irishman his nearest pursuer three strokes back after brilliant 65. Rickie Fowler and Jon Rahm equaled McIlroy’s low round of the day to be a further two and three shots back respectively.

“Honestly, I feel like Patrick has got a three‑shot lead. I feel like all the pressure is on him.  He's got to go out and protect that, and he's got a few guys chasing him that are pretty big time players,” McIlroy said. “He's got that to deal with and sleep on tonight.

“I feel like I can go out there and play like I've got nothing to lose. If I can do that, I feel like I'll be okay. 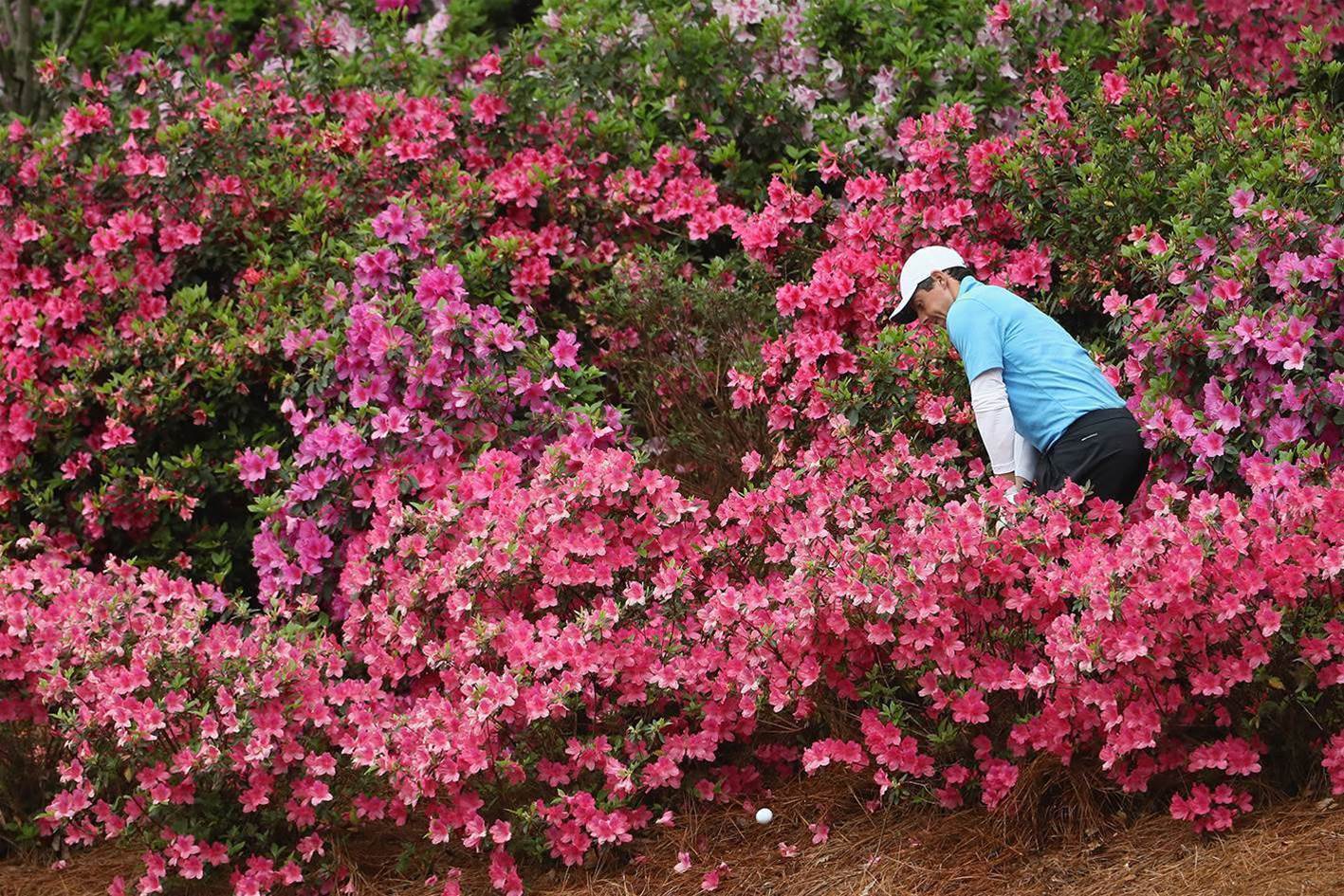 Rory McIlroy chips out of the azaleas on the 13th hole en route to carding a seven under 65. PHOTO: Jamie Squire/Getty Images.

“I don't know how much support he'll have compared to me or whatever, but this isn't a two‑horse race.  There's still a few guys in this golf tournament, and we have to treat it that way.

“There's a lot more players in this golf tournament than just Patrick Reed and I.  You've got Jon (Rahm) on 8, Rickie (Fowler) on 9, and even looking at Henrik (Stenson) on 7 there.

“It's definitely not a two‑horse race at this point.”

The last time Reed and McIlroy played together on the big stage was in the final day singles at the 2016 Ryder Cup at Hazeltine. The pair was the lead match out and it proved to be the duel of the Cup. The two combined for eight birdies and an eagle on the front nine before Reed landed the knockout punch with a birdie on the 18th hole to claim a 1-up win and a vital point for the Americans. 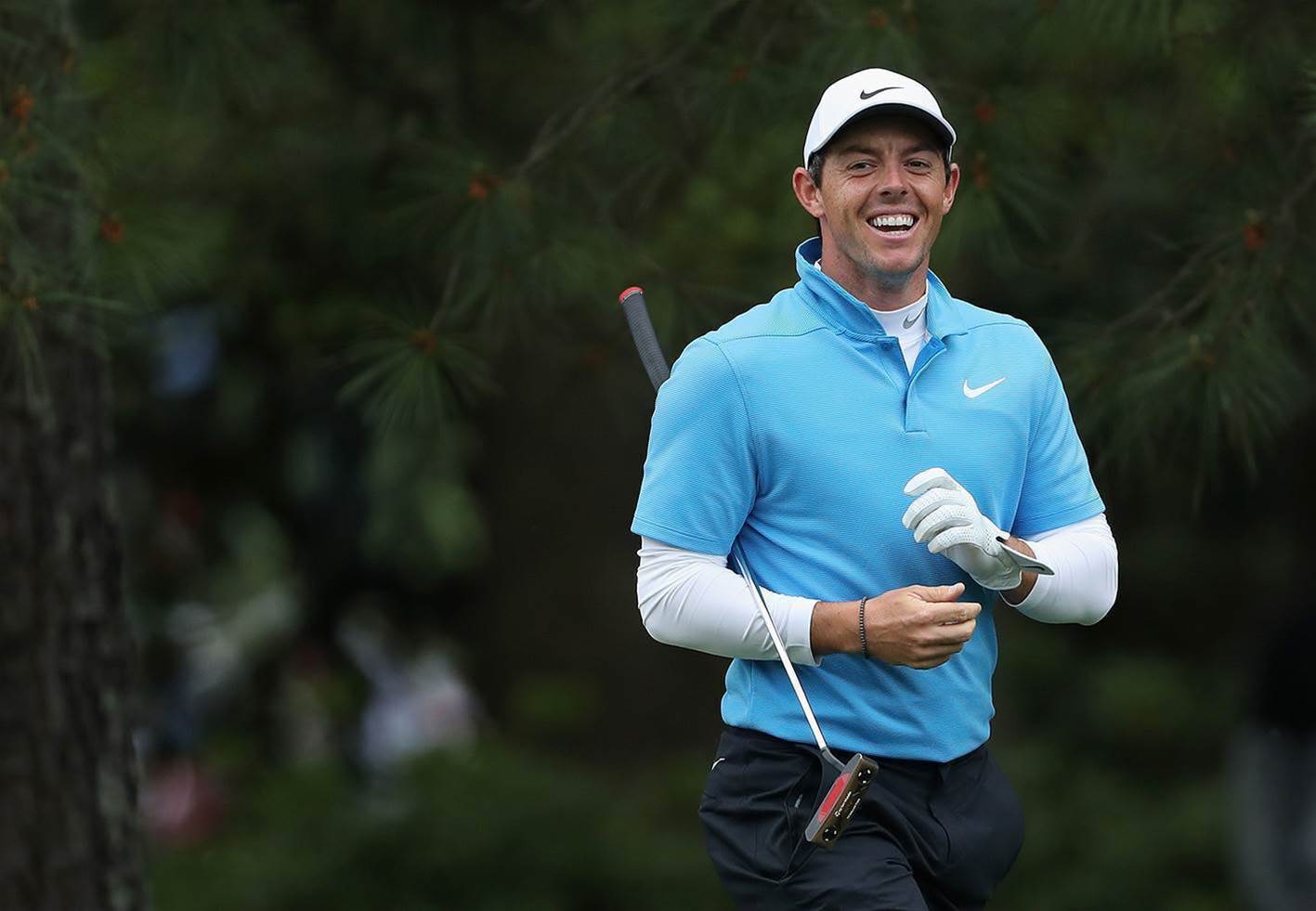 McIlroy couldn't help but smile after his fairway bunker shot on the 5th hole hit the lip but still found the green. PHOTO: Getty Images.

It was fiery encounter at times, with some in the pro-American crowd screaming abuse at McIlroy whenever Reed made a putt or won a hole. The patrons at Augusta National will be far more bi-partisan as McIlroy is a much admired champion.

“I think it will be slightly different. It's not Europe versus America. It's hopefully not such a partisan crowd. I know that there's people out there that are wishing me well, and you know, hoping that I play well.”

And what about his relationship with Reed? Will there be much chat? McIlroy says, “probably not”.

“I can't imagine there's going to be much chat out there tomorrow,” he said. “Not that I have anything against Patrick. We've actually got quite a good relationship, but at the end of the day, it's business and we're both trying to do something pretty special.” 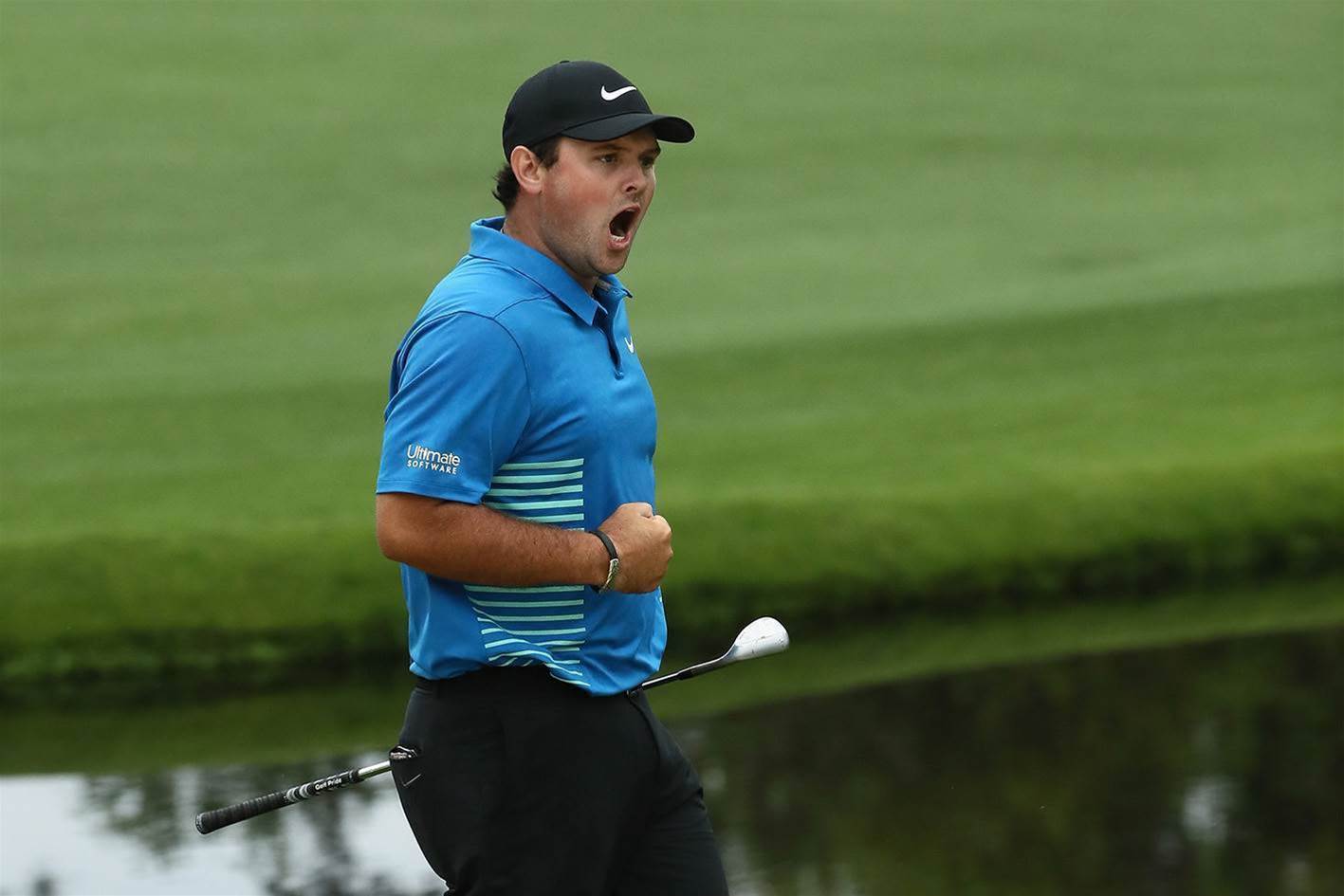 Reed is trying to break through for is first major victory and, if he shoots 67 or better and wins he will break the 72-hole scoring record of 270 held by Tiger Woods (1997) and Jordan Spieth (2015).

It’s hard to see any player catching Reed over the final 18 holes.

He’s played fearless golf for three days to post rounds of 69-68-67. No player has scored four rounds in the 60s to win the Masters, nor has there been a player treat Augusta’s par-5s with such contempt as the 28-year-old has. Reed is 13 under for the 12 par-5s he’s played – including birdies every day on the long 8th, and eagles on the 13th and 15th in the third round. 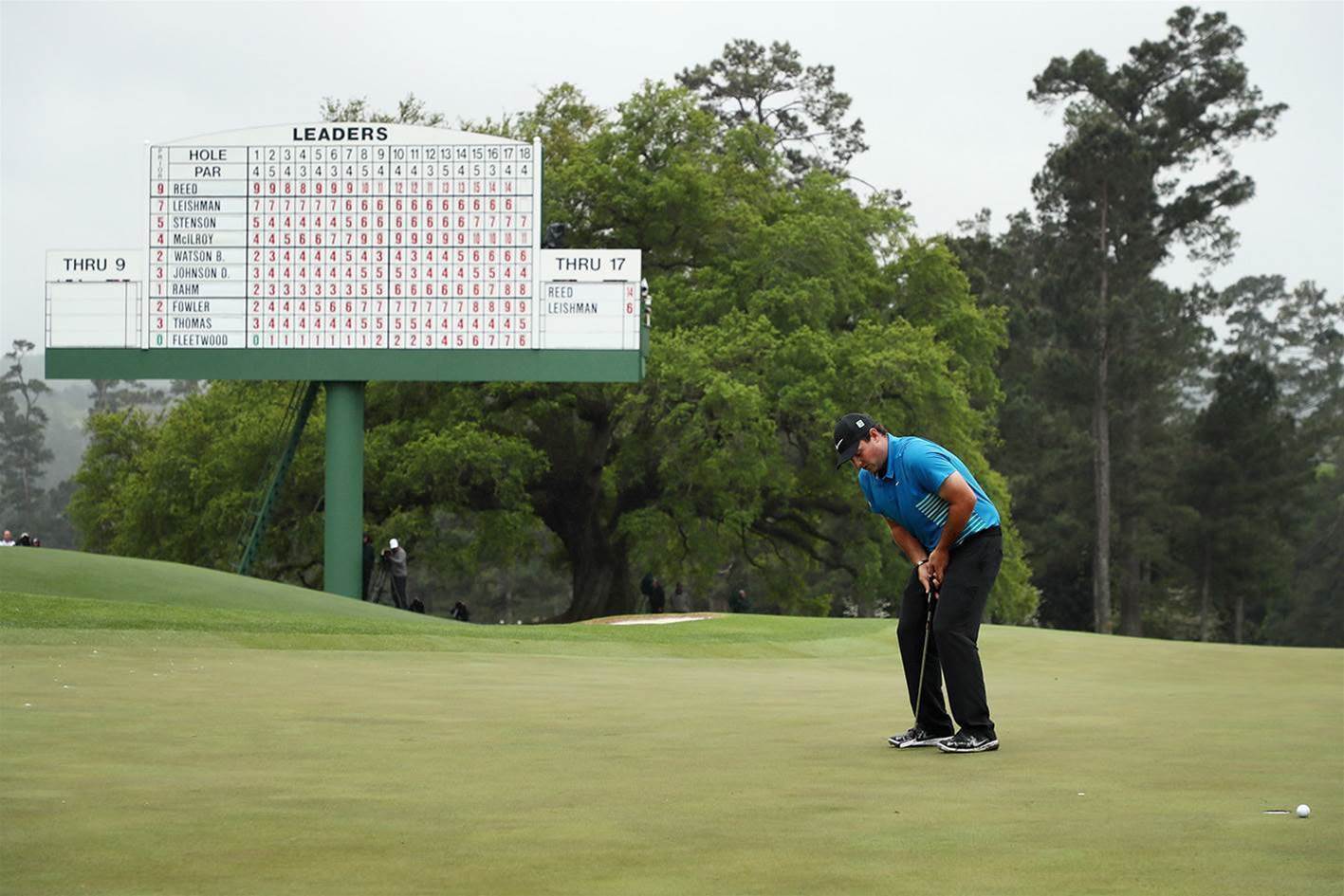 While McIIroy claims all the pressure of leading the Masters is on Reed, the Texan says he won’t be taking much notice of his playing partner or his other pursuers.

“At the end of the day, if I go out and I feel pleased with how I play, then, you know, it should be an enjoyable Sunday night.

“But really, I'm just going to go out there and enjoy the day, go out and play some golf and hopefully go out and shoot another round in the 60s.” 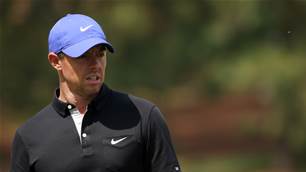