Nathan Barbieri’s decision to delay turning professional may prove to be costly after the 22-year-old amateur fired an opening-round 6-under 65 to take a one-shot lead at the $70,000 Tailor-Made Building Services NT PGA Championship on Friday.

In a field boasting tournament winners in the US, Europe and Asia, Barbieri played the front-nine at Palmerston Golf and Country Club in just 30 strokes, closing his round with his sixth birdie in just eight holes at the par-5 9th.

Runner-up at the 2019 Australian Amateur and winner of the Avondale Amateur in February, Barbieri was planning to use 2020 as his swansong to the amateur ranks including a tilt at the US Amateur that wasn’t played until August due to the COVID-19 pandemic.

The Asia-Pacific Amateur at Royal Melbourne Golf Club was also reason to resist graduating to the professional tier ahead of time and Barbieri said the ongoing uncertainty around scheduling convinced him to adopt a cautious approach.

“I was definitely going to turn pro this year but everything keeps getting cancelled by the minute,” said Barbieri, a member of Monash Country Club in Sydney.

“I just thought that it really wasn’t the right time. There’s only one tournament to play for the rest of the year so it could go either way, be really good or be doing it for no reason.

“I’ve played a lot of amateur golf and competed pretty well in pro events so I feel like I’m ready in my opinion. The next step is to turn when there’s a consistent schedule to play.

“I thought that if I was hesitant about it being the right time then I wasn’t going to do it.” 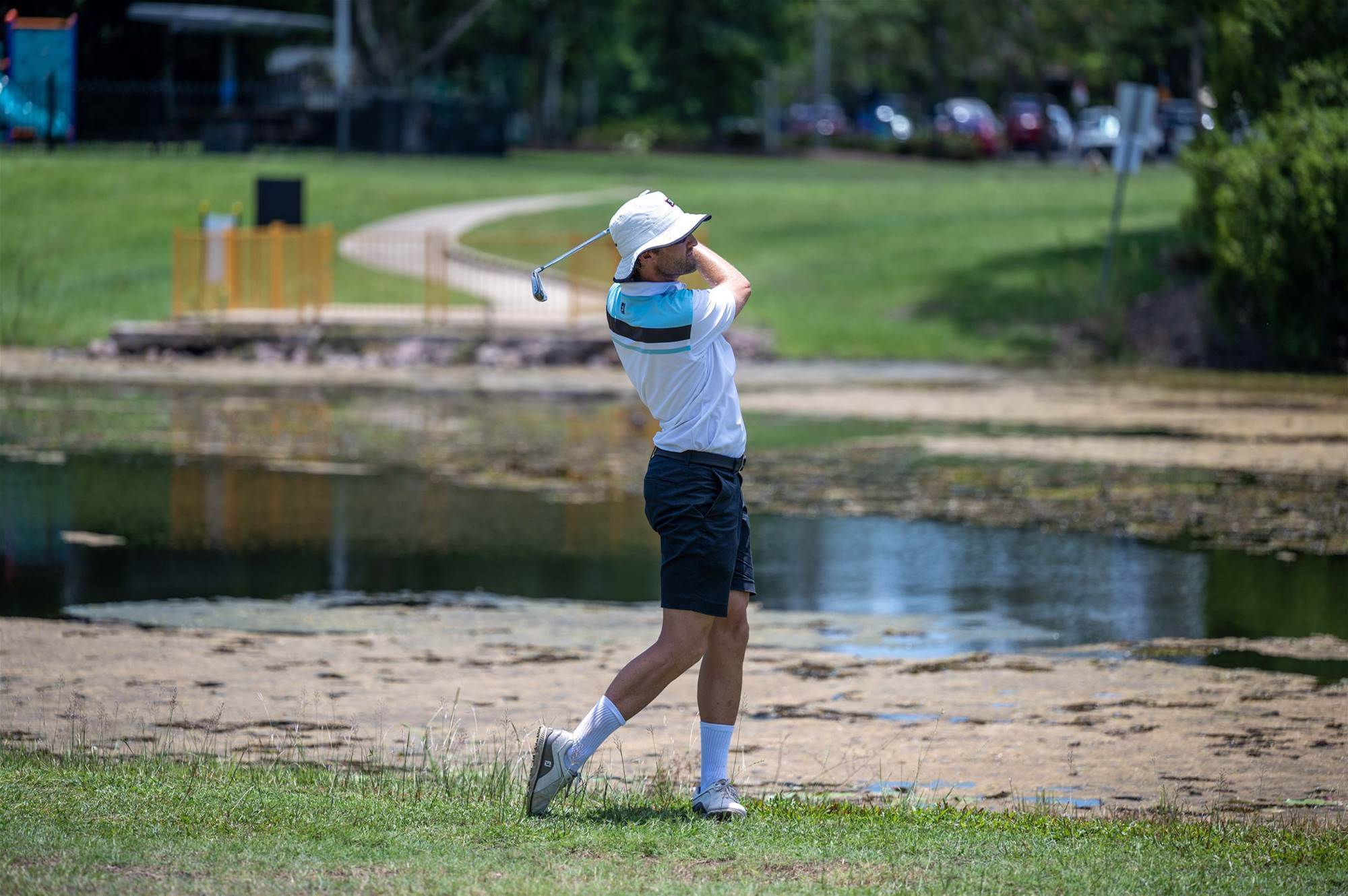 An “average bogey” on his opening hole was a less than ideal start but Barbieri soon bounced back with consecutive birdies at 11 and 12 to enter red figures.

He narrowly missed an opportunity to pick up a further shot at the par-4 1st and then followed up a birdie at the par-5 2nd by rolling one in from off the green at 3 to continue his surge up the leaderboard.

“I actually felt pretty good going to the first tee, no nerves or anything,” said Barbieri, who only entered the ISPS HANDA PGA Tour of Australasia tournament 10 days ago.

“I just needed to get on the course because I haven’t played anything for six months or so.

“I holed a long one from off the green at 3 which kept the momentum going and then I hit a nice shot into the 5th hole and made birdie there.

“It was good to finish that way because I was struggling a bit with pitching and distance control so to have a few birdies coming in was nice.”

While a 35-foot putt for eagle at the par-5 2nd was the scoring highlight of Sim’s round, the reigning Queensland PGA champion said it was two good moments of fortune at the turn that enabled him to shoot 67.

“I definitely thought I'd hit it too far left at 18 and was going to be in trouble but it turned out to be OK,” said Sim, who has spent the past six months completing his PGA Bridging Program course to become a Teaching Professional.

“I hit a poor tee shot into the trees at one but it came out into the rough and I managed to make birdie from 150.

“That was probably the turning point for my round.

“The round certainly could have gone the other way quite easily.

“Overall, to shoot 5-under and give myself a chance over the weekend is certainly what I was looking for.”

Experienced trio Aaron Pike, Dimi Papadatos and Deyen Lawson are well positioned after opening rounds of 68 along with Queensland Open runner-up Jack Thompson and long bomber Justin Warren, Warren holing his second shot for eagle at the par-4 3rd to make a sudden jump to 3-under. 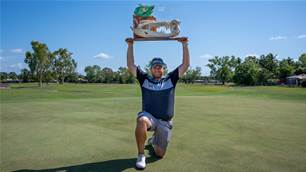 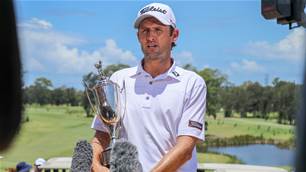