The Royal & Ancient Golf Club of St Andrews and the United States Golf Association have unveiled the new Rules of Golf, to be implemented from January 1, 2019.

The R&A and the USGA finalised golf’s new Rules this month after an extensive review that included a request for feedback from the global golf community on the proposed changes. Golfers can now access the official 2019 Rules of Golf by visiting RandA.org or usga.org/rules.

The process to modernise the Rules began in 2012 and was initiated to ensure that the Rules are easier to understand and apply for all golfers and to make the game more attractive and accessible for newcomers.

While the majority of proposed Rules remain intact in the final version, several important changes to the initial proposals and further clarification of many Rules were incorporated. The most significant adjustments made following review of the feedback received from golfers around the world include:

Dropping procedure: When taking relief (from an abnormal course condition or penalty area, for example), golfers will now drop from knee height. This will ensure consistency and simplicity in the dropping process while also preserving the randomness of the drop. (Key change: the proposed Rules released in 2017 suggested dropping from any height). 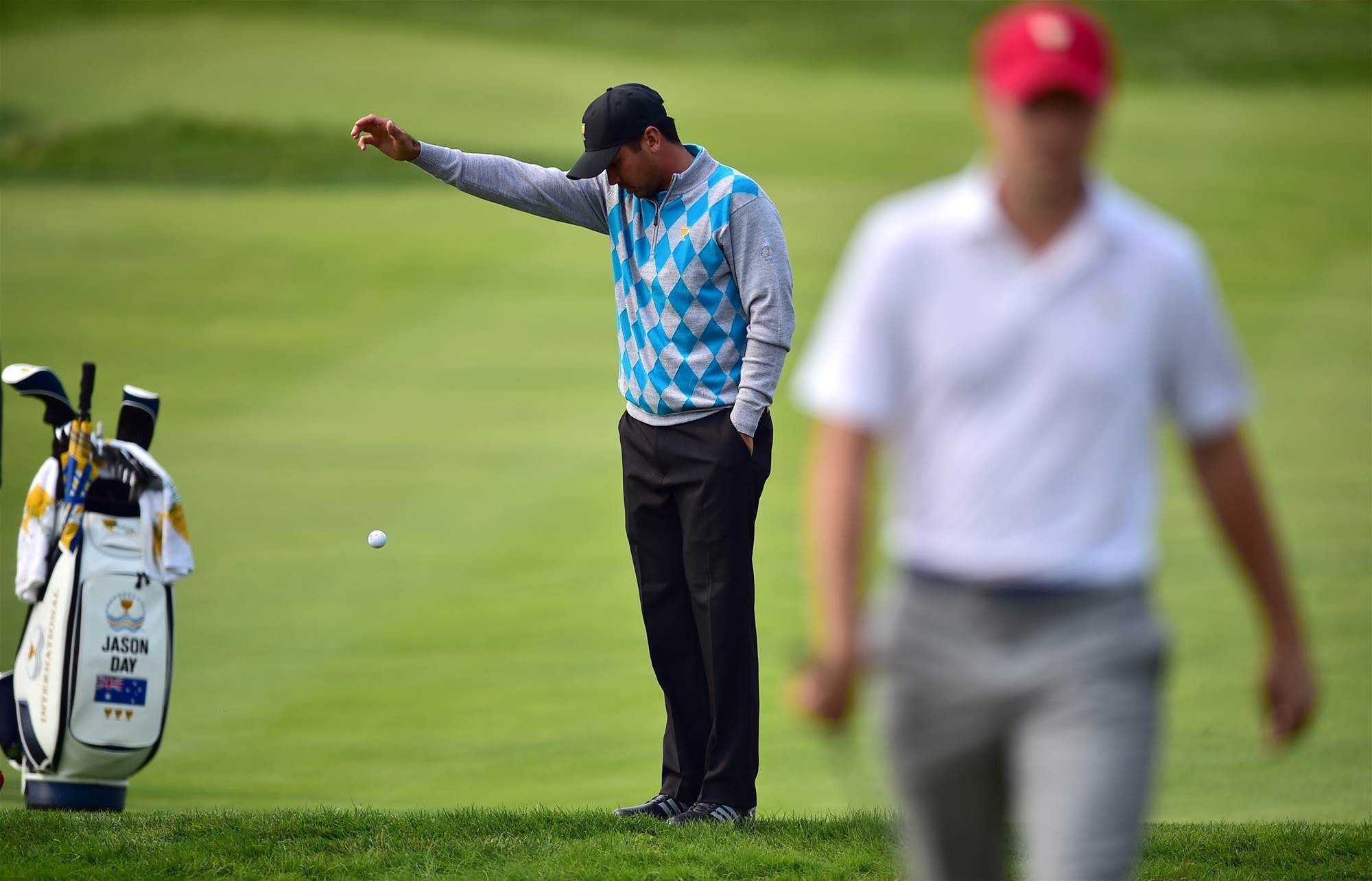 The above dropping procedure will be done away with when the new rules are implemented on January 1, 2019. PHOTO:

Measuring in taking relief: The golfer’s relief area will be measured by using the longest club in his/her bag (other than a putter) to measure one club-length or two club-lengths, depending on the situation, providing a consistent process for golfers to establish his/her relief area. (Key change: the proposed Rules released in 2017 suggested a 20-inch or 80-inch standard measurement).

Removing the penalty for a double hit:  The penalty stroke for accidentally striking the ball more than once in the course of a stroke has been removed. Golfers will simply count the one stroke they made to strike the ball. (Key change: the proposed Rules released in 2017 included the existing one-stroke penalty).

Balls Lost or Out of Bounds: Alternative to Stroke and Distance:  A new Local Rule will now be available in January 2019, permitting committees to allow golfers the option to drop the ball in the vicinity of where the ball is lost or out of bounds (including the nearest fairway area), under a two-stroke penalty. It addresses concerns raised at the club level about the negative impact on pace of play when a player is required to go back under stroke and distance. The Local Rule is not intended for higher levels of play, such as professional or elite level competitions. (Key change: this is a new addition to support pace of play).

David Rickman, Executive Director – Governance at The R&A, said, “We are pleased to be introducing the new Rules of Golf after a collaborative and wide-ranging review process which has embraced the views of golfers, rules experts and administrators worldwide. We believe that the new Rules are more in tune with what golfers would like and are easier to understand and apply for everyone who enjoys playing this great game.”

“We’re thankful for the golfers, administrators and everyone in the game who took the time to provide us with great insight and thoughtful feedback,” USGA Senior Director of Rules & Amateur Status, Thomas Pagel said. “We couldn’t be more excited to introduce the new Rules ahead of their education and implementation.”

Major proposals introduced in 2017 that have been incorporated into the modernised Rules include:

Elimination or reduction of “ball moved” penalties: There will be no penalty for accidentally moving a ball on the putting green or in searching for a ball; and a player is not responsible for causing a ball to move unless it is “virtually certain” that he or she did so.

Relaxed rules for “penalty areas” (currently called “water hazards”): Red and yellow-marked penalty areas may cover areas of desert, jungle, lava rock, etc., in addition to areas of water; expanded use of red penalty areas where lateral relief is allowed; and there will be no penalty for moving loose impediments or touching the ground or water in a penalty area.

Relaxed bunker rules: There will be no penalty for moving loose impediments in a bunker or for generally touching the sand with a hand or club. A limited set of restrictions (such as not grounding the club right next to the ball) is kept to preserve the challenge of playing from the sand; however, an extra relief option is added for an unplayable ball in a bunker, allowing the ball to be played from outside the bunker with a two-stroke penalty.

Relying on player integrity: A player’s “reasonable judgment” when estimating or measuring a spot, point, line, area or distance will be upheld, even if video evidence later shows it to be wrong; and elimination of announcement procedures when lifting a ball to identify it or to see if it is damaged. 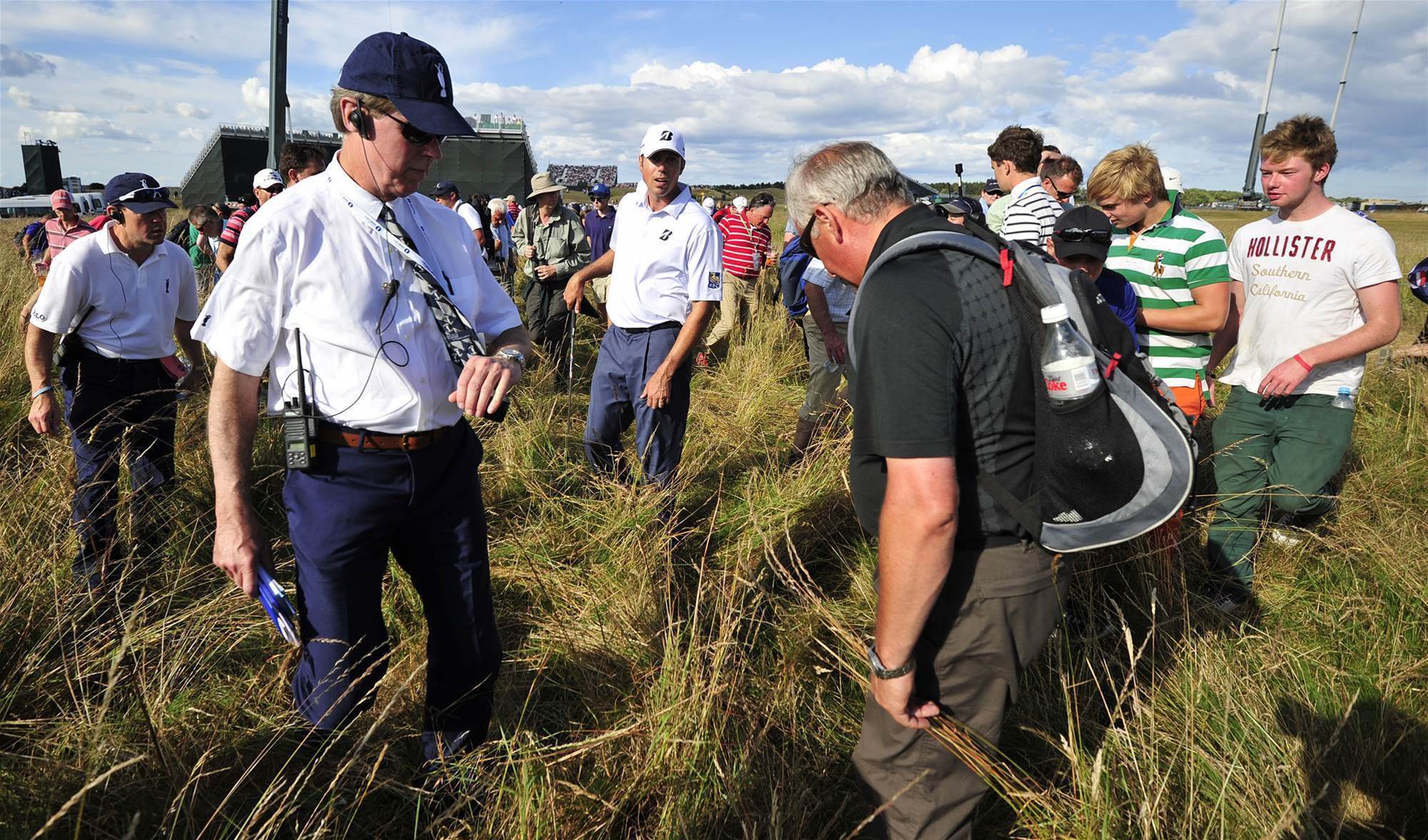 Players will only have three minutes (instead of five) to search for a lost ball under the new rules. PHOTO: Jeff Gross/Getty Images.

Pace-of-play support: Reduced time for searching for a lost ball (from five minutes to three); affirmative encouragement of “ready golf” in stroke play; recommending that players take no more than 40 seconds to play a stroke and other changes intended to help with pace of play.

Presented in digital, text-based form today, the new Rules will also now be translated into more than 30 languages and readied for final delivery via print and digital formats, including searchable Rules of Golf official apps developed by The R&A and the USGA.

Three important publications, to be distributed in September, will help players as well as officials and provide interpretation and guidance in how the Rules are applied:

The Rules of Golf: The full edition of the Rules will be written in the third person and include illustrations. It is intended to be a more thorough version of the revised Rules.

The Official Guide to the Rules of Golf: This “guidebook” replaces the Decisions book and will contain information to best support committees and officials. It includes interpretations on the Rules, committee procedures (available local rules and information on establishing the terms of the competition), and the Modified Rules of Golf for Players with Disabilities. It is a comprehensive resource document intended as a supplementary publication.

More than 30 “how-to apply” videos and a summary of the principal changes are now available at usga.org/rules.  Additional education tools will be released in September.

Players are reminded that the current edition of the Rules of Golf (2016) must be applied when playing, posting scores or competing for the remainder of 2018. The Rules of Amateur Status and the Rules of Equipment Standards were not part of this review process.