PGA Tour record-breaker Cameron Smith says off-season work on his fitness and diet is paying off as he eyes a rare Hawaiian title double.

The Australian goes into the Sony Open in unfamiliar territory as the betting favourite.

That backing comes with good reason.

Not only did he produce eye-popping stats to win the Tournament of Champions on Maui on Sunday, he is also a past Sony Open champion, having triumphed at the Waialae Country Club in Honolulu in 2020.

Newly-installed in the world top-10 after compiling a staggering 31 birdies and three eagles to hold off World No.1 Jon Rahm and win at a Tour-record 34 under last week, Smith declared on Wednesday: "I'm ready to get back into it."

The 28-year-old Queenslander admitted more off-season gym work and an improved diet had paid off on last week's hilly course.

"It was just something that I needed to do," Smith said.

Smith spoke last week about how Hawaii reminded him of home state Queensland and he's even more at home this week with the flat Waialae GC course.

"The course I grew up on was really flat and the grass we played off is almost identical," he said. "So yeah, I feel really confident around the greens here as well."

Last week Rahm matched the most birdies in a PGA Tour 72-hole event with 32, while Australian Matt Jones tied the lowest 36-hole score (consecutive) at 123.

No one should expect the low scoring to drop off much this week.

Justin Thomas shot a 59 on this course when he won at 27-under in 2017, completing the same Hawaii title double which Smith is now targeting.

Defending champion Kevin Na says such low scores are a clear reminder the game of golf is always evolving.

"The technology and the coaching, the information that's out there and that helps players improve their game is so good that everyone has really elevated their game," said Na.

"You see the scores last week, it just shows how good everyone is. The course is not easy. Was it playing a little bit easier than normal? Yes. But you've got to give the credit to the guys on Tour how well they are playing.

"I think the depth of the field is getting stronger. When the guys get hot, they are not scared and I think more and more you'll see record-setting scores." 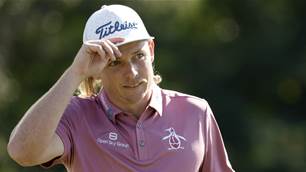 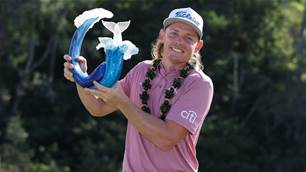 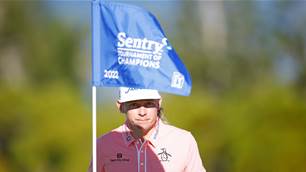 The Preview: Sentry Tournament of Champions