Jason Day and Cameron Smith have the Australian contingent off to a fine start after day one at the World Golf Championships-Match Play in Texas.

"You can't understand estimate anyone in this kind of format because it doesn't matter where you are ranked. Anything can happen in match play," Day said.

Smith got out to a three-hole lead but Cantlay, who won the PGA Tour event in Las Vegas in November, mounted a late fightback.

The match went to the 18th hole, where Smith finished the job.

"(Patrick) went through a stretch there on the back nine where he just kept making some nice putts and put a lot of pressure on me but I was able to hold him out," Smith said. 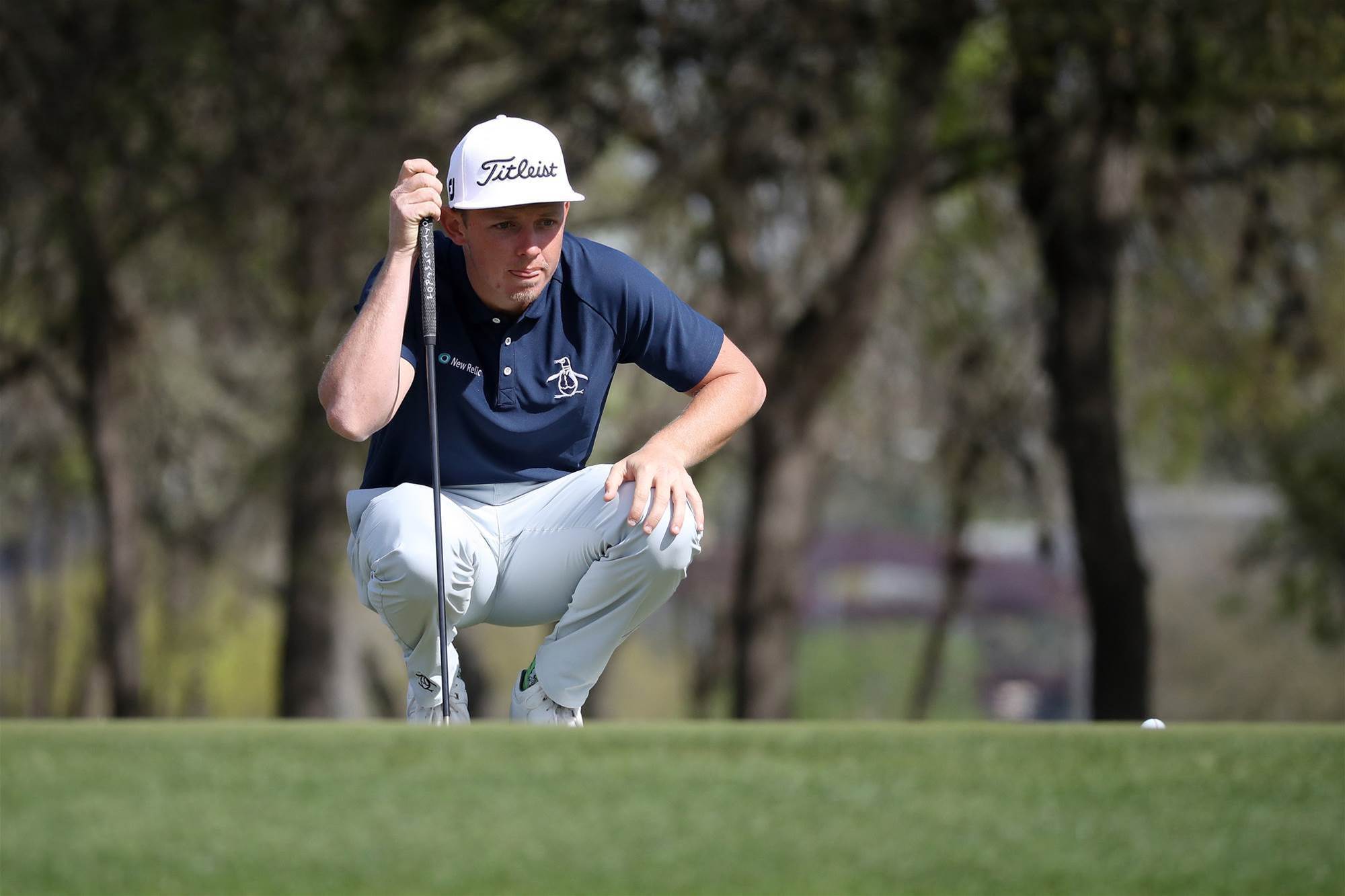 Smith lines up a putt on the first green during the opening round of the WGC-Match Play at Austin Country Club. PHOTO: Gregory Shamus/Getty Images.

Rounding out the Australian tilt at Austin Country Club is Marc Leishman, who lost his match against unheralded American Julian Suri, 3 and 2.

World No.72 Suri was the last man in the elite 64-man field and only received an exemption when Dutchman Joost Luiten withdrew injured.

Jason Dufner, who is in eighth-seed Day's group, earned a point with a one-up win over Louis Oosthuizen.

World No.2 Justin Thomas won two up against fellow American Luke List, who broke his putter on the front nine and had to use a wedge on the greens for most of the match.

Day one threw up some upset matches, notably defending champion and No.1 seed Dustin Johnson losing 3 and 1 to Bernd Wiesberger (52nd seed).