If you love world-class golf, start making your plans for February.

The ground-breaking Vic Open, the first event in the world to feature men and women playing for equal prizemoney on the same course at the same time, will return to 13th Beach Golf Links in Barwon Heads, Victoria, from February 6-9.

The globally-revered Women’s Australian Open, annually the Australasian tournament with the highest-ranked players in the world, will return to Royal Adelaide Golf Club from February 13-16 in the second of a three-year deal rotating on Adelaide’s pristine sandbelt courses.

And further enhancing the burgeoning reputations of both tournaments, Dr Haruhisa Handa also confirmed that ISPS Handa would return as naming rights sponsor of both events.

“The International Sports Promotion Society is thrilled with the development of both events and our long-standing relationship with Golf Australia,” Dr Handa said.

“It’s these ties that help us highlight the power that sport has to inspire and bring us together.”

ISPS Handa executive director Midori Miyazaki said: “The impact these two great tournaments will continue to have on equality in the game will further the ISPS vision that Dr Handa stands behind with our partners Golf Australia and the LPGA.”

Brookhouse was extremely proud that ISPS Handa would be the title sponsor of the national championship for the 11th consecutive year and for the second successive time at the Victorian tournament.

“ISPS Handa and Golf Australia have one of the most enduring relationships imaginable and we are extremely grateful for the ongoing support of our patron Dr Handa, Midori and their staff in spreading their message about sport driving social change and breaking down barriers.” 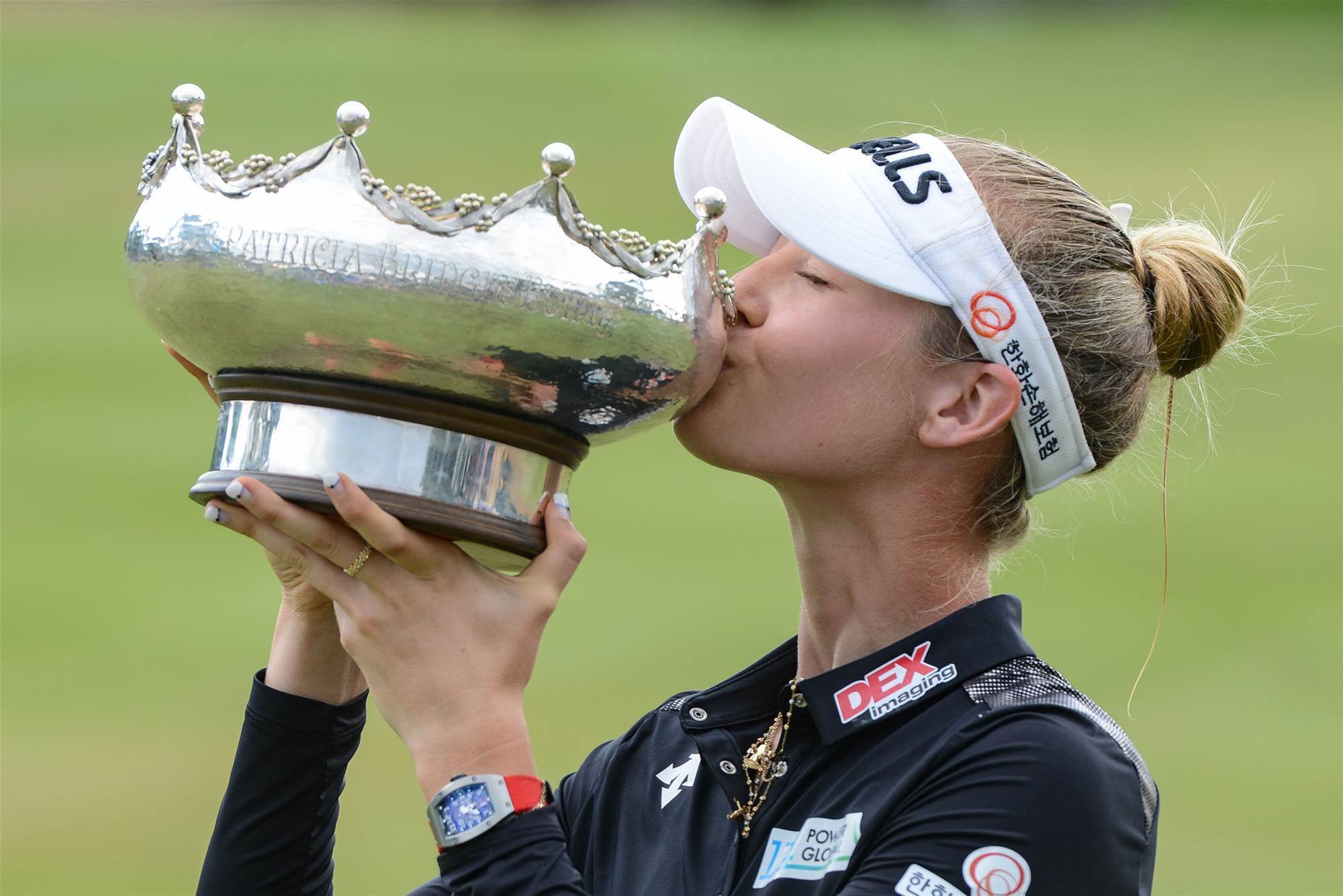 Brookhouse said the tournaments, both expanding and incredibly popular with the world-class fields, would again put Australia on world golf’s centre stage.

“Both tournaments have been extremely innovative and, as such, have won a place on the world golfing calendar in their own right,” he said.

“The partnerships we have with both Victorian and South Australian governments, all the co-sanctioning tours, the hosts clubs and players themselves makes them unmissable entertainment.”

The LPGA Tour, which jointly sanctions both events with the domestic ALPG, is in its ninth consecutive year of affiliation with the women’s national championship and its second with the Vic Open.

“The ISPS Handa Vic Open is more than a golf tournament – it’s an important statement about our game, our tours and our fans. Australia has produced so many incredible male and female golfers, so it’s fitting that Australia hosts this inclusionary event, one that puts the game’s best on the same venue for the same purse,” Mr Whan said.

“The ISPS Women’s Australian Open is a premier stop on the LPGA Tour that has delivered an impressive list of winners over the years. What a wonderful opportunity for our fans down under to see the world’s best over a two-week period.

“Our players and staff love coming to Australia and I know that we’re all excited to visit both 13th Beach and Royal Adelaide in February.” The European Tour will again jointly sanction the men’s component of the Vic Open in conjunction with the ISPS Handa PGA Tour of Australasia.

“We had a lot of eyes on us last year to see how we’d go with four sanctioning bodies across two concurrent tournaments at 13th Beach, but the way everyone worked in together was extremely positive and befitting the event,” Brookhouse said.

“We are delighted to again partner with all four tours to continue to push the boundaries of how golf tournaments will evolve.”

Victorian Minister for Tourism, Sport and Major Events Martin Pakula welcomed the return of an event that not only adds another drawcard to Victoria’s major events calendar, but levels the playing field.

“This Vic Open is the only golf event in the world to feature men and women playing for equal prize money on the same course at the same time and that is something we are immensely proud to support,” he said.

“I encourage golf fans to get down to Barwon Heads in February to catch two world-class fields playing side by side.”

South Australian Minister for Trade, Tourism and Investment David Ridgway was thrilled to welcome the women’s national championship back to Adelaide for the fifth consecutive year.

“The return of the Women’s Australian Open to Royal Adelaide Golf Club in 2020 means that many thousands of golf lovers from around the globe will travel to South Australia to see the world’s best female golfers competing for this prestigious title,” Mr Ridgway said.

“The Women’s Australian Open is a perfect fit with our suite of world-class events – this will add to the buzz we see every summer in South Australia and we can’t wait to have the world on our doorstep again.”