Unsatisfied with the PGA Tour's safety measures, Adam Scott is set to go into the year's first major championship with just one tournament under his belt following the shutdown.

World No.6 Scott will watch from home on Queensland's Sunshine Coast for the first six weeks after the Tour resumes on June 11, but is then pondering a marathon stint of nine weeks or more in the US.

Safety precautions for the Tour's return from a three-month shutdown due to the pandemic include layers of coronavirus testing for players, caddies and support personnel as well as using chartered flights between events.

The plan intends to restrict movement of players during events – which will be conducted without spectators – and encourage golfers to isolate themselves from the public.

"I'm definitely going to sit out and see how the first few weeks of the PGA Tour pan out and if things are progressing well, playing Memphis the week before the PGA is a thought." - Adam Scott.

"They are being fairly thorough, but my initial reaction was I was surprised it wasn't tighter than it is," Scott told AAP.

"What concerns me is dialogue that (the Tour) is hopeful of returning one or two-hour test (results). You'd want that in place before competing.

"The other (concern) is it seems an asymptomatic person could operate within a tournament.

"If they're not showing symptoms and I somehow picked it up inside the course and I'm disqualified I'm now self-isolating (in that city) for two weeks. I'd be annoyed if that happened.

"I thought you'd start quite tight and loosen those protocols to normal if appropriate."

Scott is eyeing the World Golf Championships event in Memphis, Tennessee starting July 30 for his return.

That would be his only warm-up for the rescheduled US PGA Championship in San Francisco in early August – the first major of 2020.

The US Open has been moved to mid-September and the Masters will be staged in mid-November, while The Open Championship was cancelled.

"I'm definitely going to sit out and see how the first few weeks of the PGA Tour pan out and if things are progressing well, playing Memphis the week before the PGA is a thought," Scott said.

"I would have to think about staying in the United States through the US Open (starting September 17 at New York's Winged Foot course).

"It's going to turn into like a nine-week trip to do that, maybe more."

Scott began his 2020 season in style with a victory at the Tiger Woods-hosted Genesis Invitational in Los Angeles in February that had him excited about his prospects at the Masters before the shutdown intervened.

"I was pretty primed for a run into Augusta there; I was feeling pretty good so that was disappointing from a golf standpoint," Scott said.

"But I'm excited we're at least getting a chance to play the Masters this year." 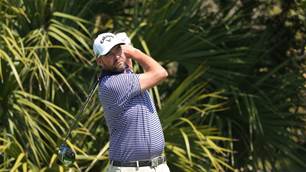 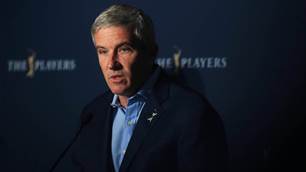 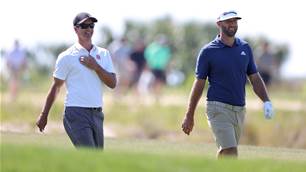