Chan Shih-chang took the lead on day one of the Royal’s Cup, recapturing some of the form that saw him win the Blue Canyon Phuket Championship at the end of last year.

The Chinese-Taipei golfer fired an eight-under-par 64 at Grand Prix Golf Club, in Kanchanaburi province, to lead from Justin Quiban of the Philippines, who shot 65.

Sweden’s Bjorn Hellgren plus Thailand’s Sadom Kaewkanjana and Pachuayprakong Thitipan, returned 66s, in the second event of the season on the Asian Tour.

“I found back the same feeling I had when I played well in Phuket last year, which was nice,” said Chan.

“I hope it stays that way in the next few rounds. I haven’t been home since going to Singapore [in mid-January]. Went to Dubai to practice for a week after the events in Singapore, and then headed to the Saudi International, went back to Dubai again after Saudi before coming here. It’s been a long stretch on the road but looking to finish it off with a good result these two weeks in Thailand.”

The 35-year-old is a three-time champion on the Asian Tour and a six-time winner on the Asian Development Tour.

"It’s been a long stretch on the road but looking to finish it off with a good result these two weeks in Thailand.” - Chan Shih-chang.

Chan’s first win on the Asian Tour came here in Thailand at the King’s Cup in July of 2016 before he claimed the Asia-Pacific Diamond Cup Golf in Japan, two months later.

His victory in the Blue Canyon Phuket Championship last November is arguably his most significant as the event was the Asian Tour’s first event back after a 20-month hiatus caused by COVID-19.

Chan began his round today on the 10th and went out in five-under and reached eight-under for 13 holes before making his only bogey of the day on hole five. However, a birdie on his final hole saw him restore his impressive total. 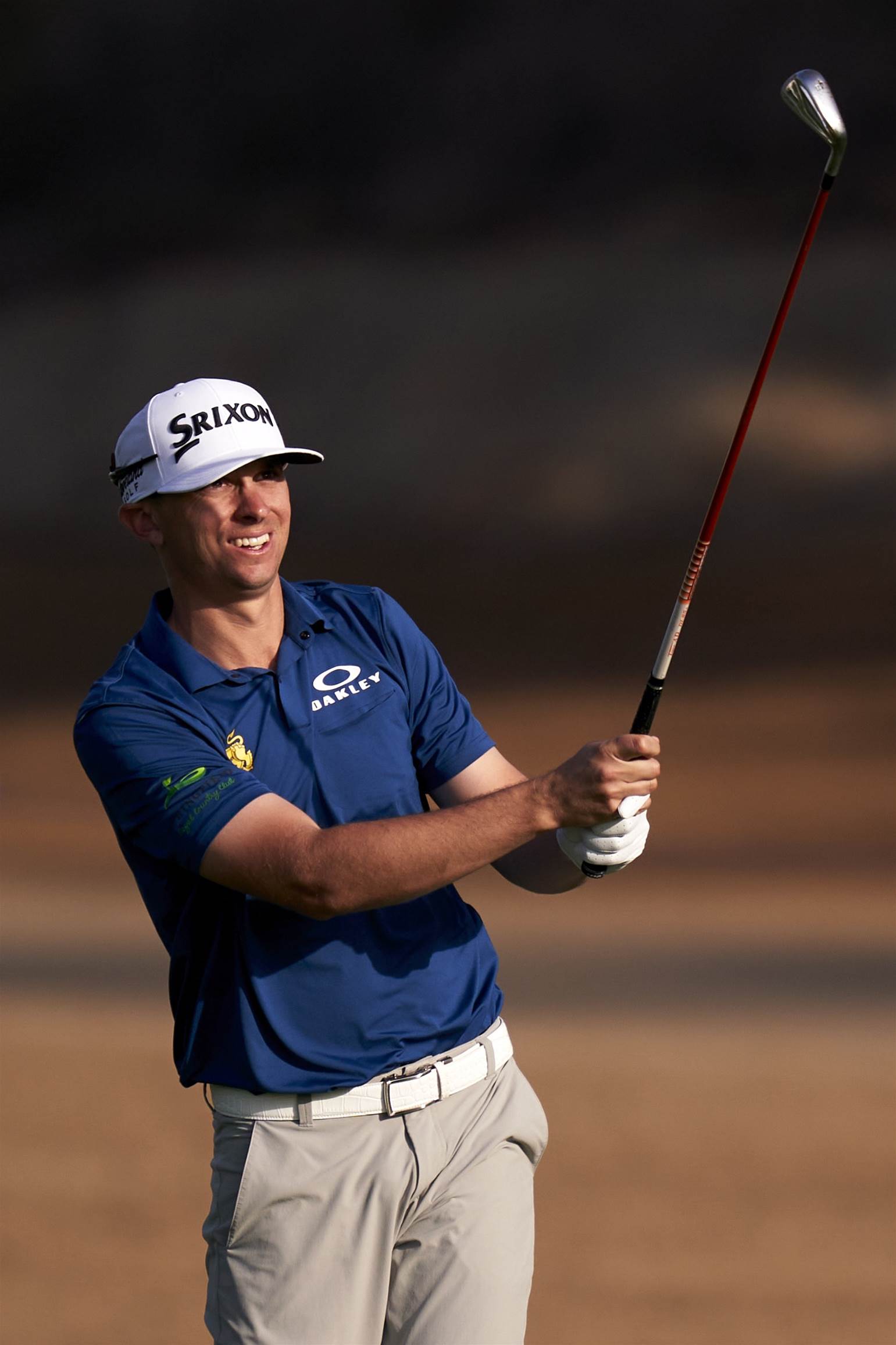 Quiban turns 26 on Saturday and celebrated early with a fine round today.

“I just followed my game plan from the beginning. Tried to hit as many greens as I can. I was actually rolling my putts real good, reading the greens real good. Even the speed,” said the Filipino.

RIGHT: After returning to the Asian Tour following a run of DP World Tour events, John Catlin is well placed after round one. PHOTO: Mateo Villalba/Quality Sport Images/Getty Images.

He nailed eight birdies and dropped one shot.

Hellgren, who attended Florida State University and roomed with American Brooks Koepka for two years, went round bogey-free with four birdies on his front nine and two on his back, on the last two holes.

The Swede is playing his first season on the Asian Tour having played predominantly on the Challenge Tour in Europe.

He’s not missed the cut in all five events since the Asian Tour restarted at the end of last year.

“I played some interesting golf today. Made a couple of good saves. It was fun out there, I liked it,” said the 31-year-old.

Having played in the wind for the past few weeks the Swede said he had started hitting a low fade as opposed to his normal draw, which he finally went back to today

“I think my form has not been very good over the past few weeks, but I have managed to play the weekends,” he said. “The last two weeks after Saudi we sat down and said we need to change things up, we need to start hitting the ball straight again, maybe even a draw. I have been playing a full fade for the past six weeks.”

The “we” he refers to includes his coach Robert Ericsson, who is currently at Black Mountain Golf Club in Hua Hin, venue for next week’s International Series Thailand.

Hellgren has been attached to the club since winning an event there in 2014.

“I love it there, play there every winter. Normally two or three months every year but now I am going to have Black Mountain as my base as I want to focus on the Asian Tour,” he added.

Asked if he keeps in touch with four-time Major winner Koepka he said: “Still keep in touch, he sent me some messages when I was in Saudi.”

Catlin, back in Asia after three events on the DP World Tour, produced a typically accomplished round.

“I have tightened a few things up and it went well today. Off to a good start, three more days to go,” said the American, a three-time winner in Europe since 2020.

“I like playing in Asia, I like my chances of playing better and winning here. It’s a lot of travelling but it’s kind of a necessary evil.  It’s part of the job I signed up for, you just go wherever the events are.”

Catlin’s most recent win on the Asian Tour was the 2019 Thailand Open.

Travis Smyth is the best of the 11 strong Aussie contingent at two-under-par.