Patrick Cantlay has put a fitting end to an epic six-hole play-off battle with Bryson DeChambeau by making an 18-foot birdie putt to win the PGA Tour's BMW Championship.

DeChambeau missed a 6-foot putt for 59 on Friday and missed four birdie putts to win in regulation and in the playoff on Sunday.

His most important missed putt of the week was from just inside 10 feet to extend the playoff.

It cost him a victory that looked like it was his all along but Cantlay proved unflappable at Caves Valley Golf Club. 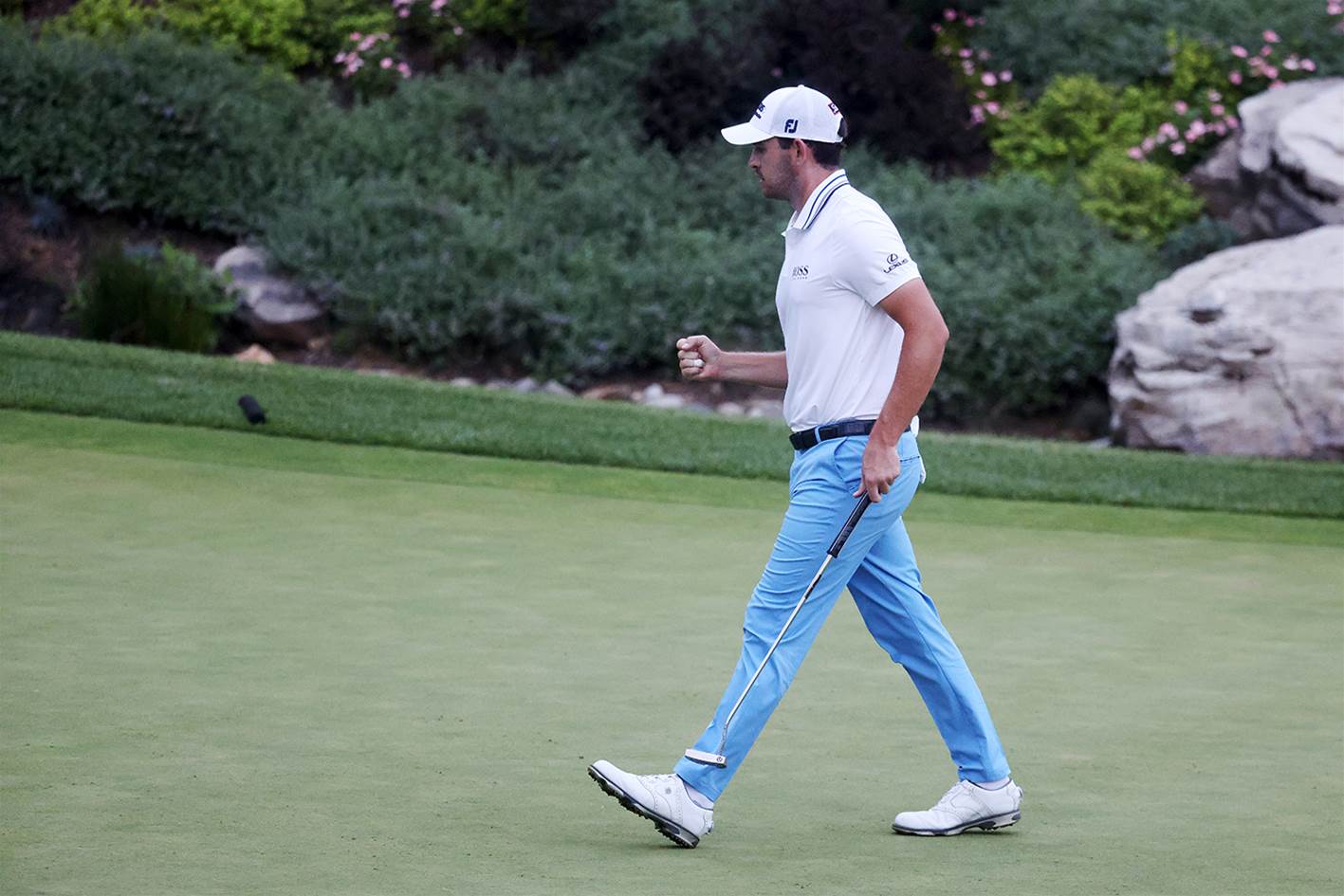 He made putts from 8 feet for par, 8 feet for bogey and 20 feet for birdie on the final three holes of regulation for a 6-under 66, the last one to force a playoff.

He holed par putts of 6 feet and 7 feet on the 18th hole in the playoff.

The last one gave Cantlay the victory, his PGA Tour-leading third of the season.

It took him top of the FedExCup standings and the sixth and final automatic spot on the US Ryder Cup team. 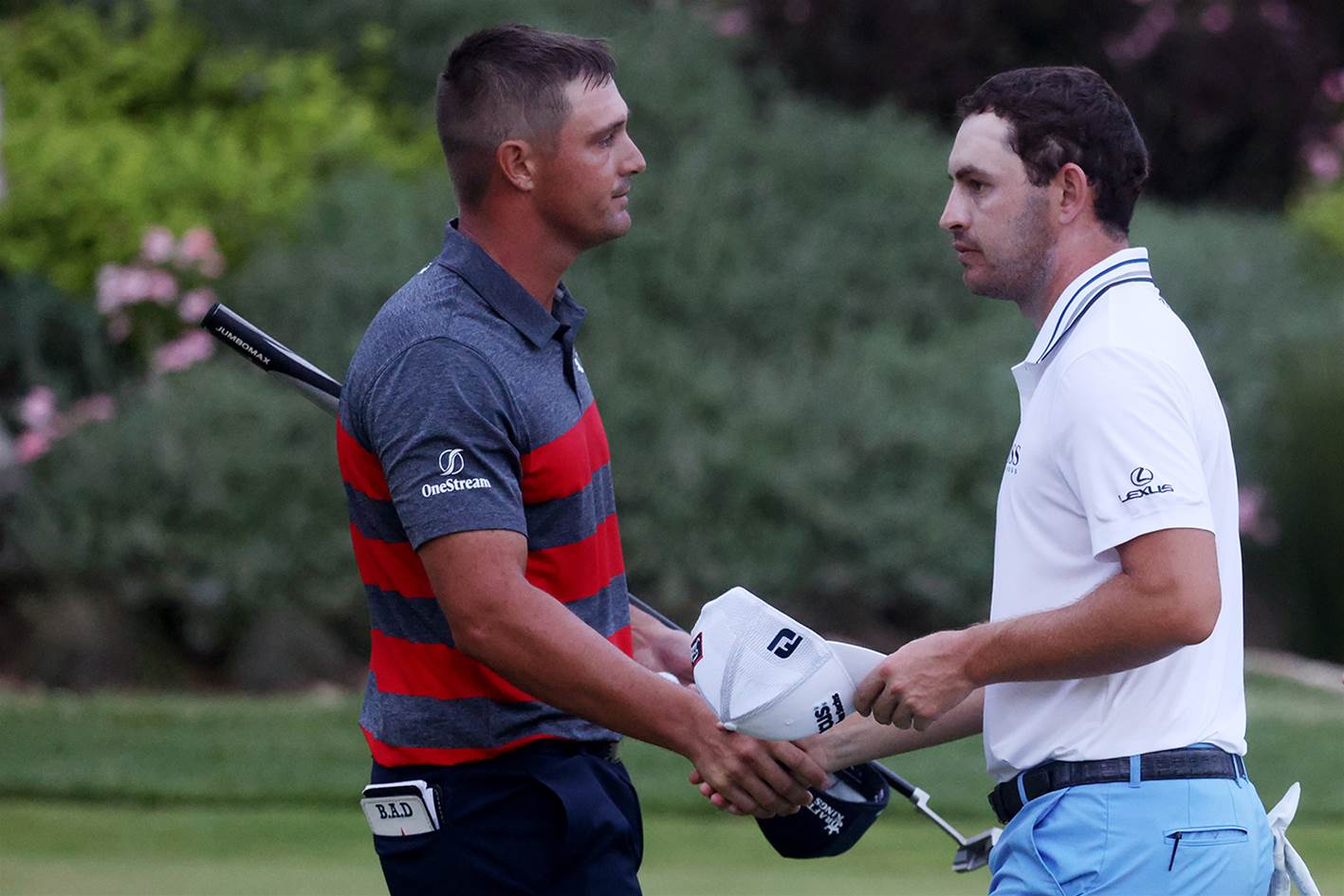 A dejected Bryson DeChambeau congratulates Cantlay after his victory. There were testy moments between the pair during the final round. PHOTO: Getty Images.

This was a tough loss for DeChambeau, who also closed with a 66.

Sungjae Im birdied his last two holes for a 67 to finish third at 23 under while Rory McIlroy closed with a 67 for fourth.

There was drama all over Caves Valley, even without a trophy at stake.

Erik van Rooyen of South Africa catapulted himself into the top 30 with a closing 65 earning him solo fifth while Sergio Garcia (69) is headed back to East Lake for the first time since 2017 after moving up from 44th to 28th in the standings. 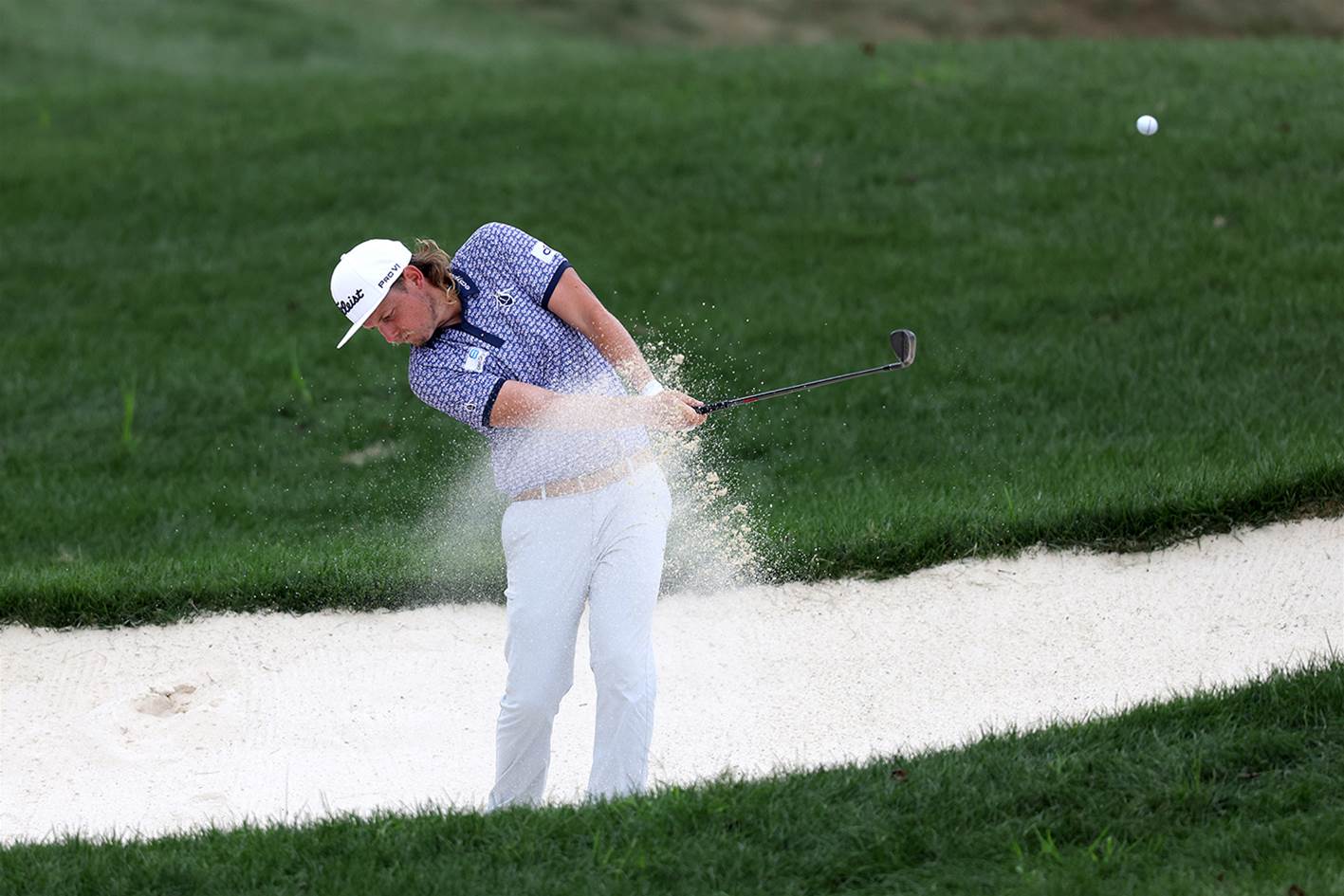 Cameron Smith will be the only Australian to contest the Tour Championship. PHOTO: Getty Images.

Cameron Smith (68, 11 under) will carry Australian hopes in Atlanta, the Queenslander ranked fifth in the season-long standings to tee it up five shots adrift of Cantlay in the stroke-play handicap event.

His compatriots Cam Davis, Marc Leishman and Matt Jones were unable to get themselves into the top 30.

Sunday was a big disappointment for DeChambeau, who appeared to have it wrapped up when he birdied the par-5 16th for a one-shot lead, and then watched Cantlay put it in the water on the next hole.

Instead, his only big moment was saving par after driving into the stream right of the 18th fairway on the fourth extra hole.

There were a few testy moments between the only two players who had a chance to win all day.

DeChambeau was rolling his eyes when Cantlay marked and studied 2-foot par putts on the front nine.

Cantlay was walking up the 14th fairway as DeChambeau prepared to hit his approach when DeChambeau backed off and asked him to stop walking.