All the talk on golf’s Class of 2019 has so far centred around the talented trio of Collin Morikawa, Viktor Hovland and Matthew Wolff, whose prodigious talents and youthful exuberance have seen them take the PGA Tour by storm.

Brandon Wu, an American-Chinese who graduated from the same class, hopes to join the conversation soon and is determined to make a name for himself via a different pathway, which, had it not been for COVID-19, would have already seen him competing alongside his peers on golf’s biggest stage.

Fate dealt Wu a different hand in 2020, one that forced him to endure a rockier road to reach his dream destination. Instead of teeing up in million-dollar tournaments, Wu, who turns 24 in February, found himself Monday-qualifying for events on the Korn Ferry Tour for much of last year after failing to secure full exempt status at Qualifying School.

But with an amateur golf pedigree which includes being ranked eighth in the World Amateur Golf Ranking, rewriting golf records by being the first amateur since 1967 to qualify for the British and US Opens, representing the US in the Walker Cup and leading Stanford to its first NCAA Championship in 12 years, Wu has shone through and offered glimpses of fulfilling a glowing career. 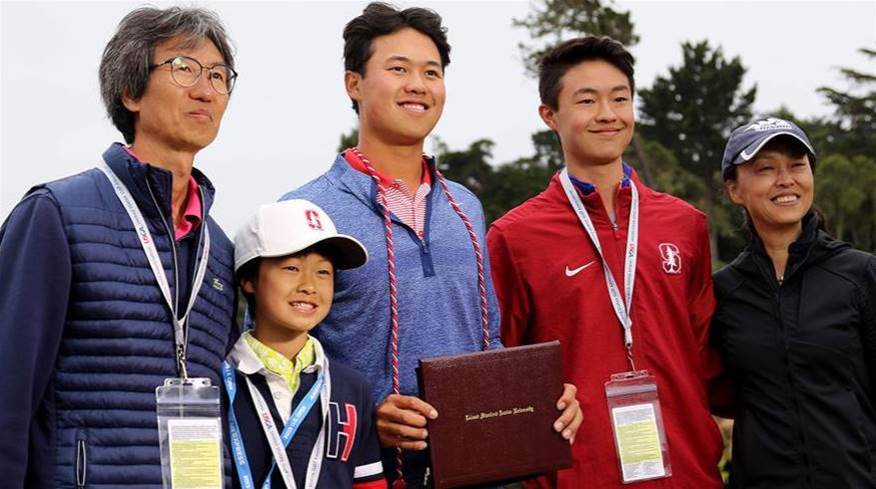 Brandon Wu with his family at the 2019 US Open after receiving his degree from Stanford. Courtesy Brandon Wu.

In any other year, these achievements would have secured him a PGA Tour card but following the disruptions caused by the coronavirus pandemic, the development circuit combined its 2020 and 2021 seasons, which means Wu must now wait until later this year for his chance to line up alongside Morikawa, Hovland, Wolff and the many others stars of the game.

The manner in which Wu, whose Chinese name is Bi Yuan, has persevered throughout the trials and tribulations is ultimately a reflection of how he has been brought up through his family’s culture and heritage. “At home, we’ve built a strong sense of the value of working hard, being respectful and doing things right. I think it’s almost natural my parents have instilled those values in my life,” said Wu.

“It’s cool to come from the background, with the family heritage and history. Being immersed in the culture helps in my perspective in the other things that I do.”

As a child, he enjoyed his time building things, which proved to be a natural progression in his decision to major in engineering at Stanford, the very same college where a certain Tiger Woods spent several years before dominating the game with a record-tying 82 PGA Tour titles.

His parents, Yi Chun and Xiao Bing Zhang, moved from Beijing to California in 1996 and, a year later, Wu was born as the first of three sons. With their home being close to a golf course in Danville, California, he was introduced to the sport at the age of six, which was the time his father got bitten by the golf bug.

“At home, we’ve built a strong sense of the value of working hard, being respectful and doing things right. I think it’s almost natural my parents have instilled those values in my life." – Brandon Wu

“Like all kids, I played lots of different sports, did swimming, baseball, tennis … did them all. I played a lot of golf at a young age though just because it was fun to have my dad take me out to the course, driving around on the cart and hitting balls. It was good father-son bonding for sure,” reflected Wu.

He recalls shooting a 56 in his first nine-hole tournament when he was eight. “I thought I did OK, but dad thought I could have done better and he was right. I started trying to shoot better scores after that. I’m glad my parents pushed me to play golf. They saw the big picture on what golf can help bring, whether that was the opportunity to go to Stanford or being a professional golfer. They set the course for me.”

Although he is an American citizen, Wu is very much Asian and Chinese at heart. He speaks fluent Mandarin, thanks his parents communicating to their kids in their native tongue, and also six years of living in Beijing from 2005. It was during his sojourn in the Chinese capital city that Wu got really hooked to golf as his father brought him to watch the World Golf Championships-HSBC Champions in Shanghai, Asia’s lone World Golf Championships event. He also participated in the pro-am one year after winning a junior event that was part of the HSBC Junior Golf Programme in the Middle Kingdom.

“I played a lot in the HSBC junior circuit … It was really fun,” said Wu. “We watched Tiger when he played. On one occasion, I was on the 10th tee box right up against the barriers and Tiger walked up, kind of looked right at me and said hi, and I said hello, and it ended up with him giving me his golf ball. Another year, I got into the pro-am and interacted with Trevor Immelman, Retief Goosen, K.J. Choi and Sergio Garcia. It was a cool experience. To see the progression from playing in China to competing with these guys whom I looked up to, it is super cool to have that.”

When the Korn Ferry Tour season restarts in February, Wu is expected to safely stay within the Top-25 of the points list by the time the Regular Season concludes in August, which will be enough to secure his dream card on the PGA Tour.

But he is shooting for higher goals. “Every spot you move up, you get better status. Just strive to be the best and winning the money list would be a nice goal,” he said.

Now based in Dallas, he is close friends with Morikawa, whose early success includes a win in the PGA Championship last year. Hovland has won twice on Tour while Wolff has one victory. “It’s cool they have set this path and showed everyone that it can be done and can be done very quickly,” Wu said of the trio. “It kind of motivates me to join them out there.” 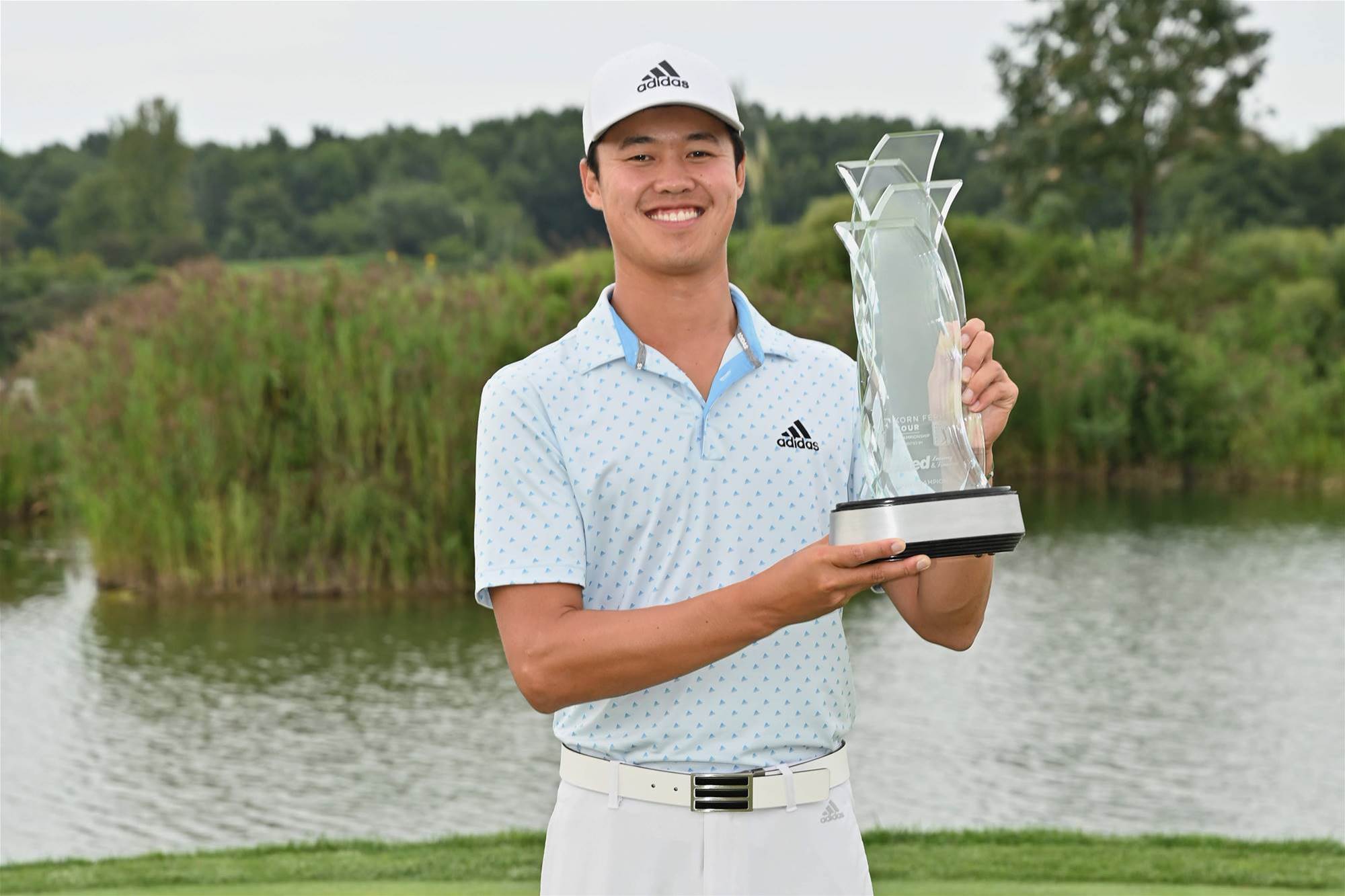 Through qualifying and sponsor exemptions, Wu has enjoyed a taste of PGA Tour life, featuring in eight starts to date, including three majors. A tied 17th in the 2019 Houston Open is his best result to date, but Wu believes his time will come.  “Playing in majors, that was so cool. The US Open (in 2019) was kind of a blur, it was so special for me to be at Pebble Beach and so close to Stanford. I ended up missing my graduation which fell on the final day. After playing with DJ (Dustin Johnson), the USGA gave me my diploma after the round which was pretty special and memorable,” he said of the big day where his family was in attendance.

“Last year was an interesting year as I experienced the tough parts of professional golf, stuff like Monday qualifying, trying to get into events and losing in a playoff. But I also got to experience the highs, playing really well and winning my first pro tournament. It was kind of a relief to have finally won. It’s almost like I learned a different kind of patience in 2020. I think I am a patient person but you have to really believe and be confident in yourself.”

He knows a golfer’s life is a never-ending journey of discovery and learning. “There’s definitely growth for improvement. I do think I can compete with the best on the PGA Tour but I also know I can get better. I need more work to get to where I like to be. My goal is be one of the best in the world. I think I have a good plan and idea on what I need to do to get there. Winning multiple tournaments and majors are big goals to strive for.” 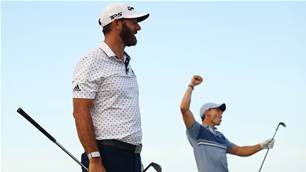