Wood, who claimed his maiden Tour win at Moonah Links on Victoria's Mornington Peninsula on Sunday, and the evergreen Fraser, who claimed the Gippsland Super 6s tournament at the end of January, are just two of more than a dozen players who have tasted success on the ISPS Handa PGA Tour of Australasia.

Local David Gleeson has accepted an invitation, while Orange’s James Conran, who made his professional debut late last year, will be taking another step on his journey in professional golf.

Open Spots up for Grabs

The top-three finishers – professional or amateur – at the Dubbo Regional Open who are not already exempt will be guaranteed a start in the 2021 NSW Open to be played at the Tom Doak-redesigned Concord Golf Club in March 2021.

Graeme Phillipson, General Manager of Golf – Golf NSW, said the interest from competitors, not just in the Dubbo Regional Open, but the series overall was very pleasing.

"Fans of the sport in Dubbo are in for some superb golf," Phillipson said. "The names entered across the series is a real stamp of approval from the players involved."

After successfully hosting the 2020 Women's NSW Open, Phillipson was confident the Dubbo Regional Open would prove a success from both a player and fan perspective.

"The greater Dubbo community really supported the 2020 Women's NSW Open, won spectacularly by Sweden's Julia Engstrom," Phillipson added." And with the borders now open, it shows how committed the players are to supporting the sport and regional communities across New South Wales." 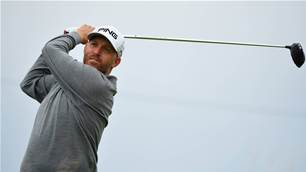 Aussie golfers finally back in business