Having played for both the Queensland State of Origin team and Australia, Ikin’s career amassed 150 games across three clubs including the Brisbane Broncos with whom he won a premiership in 2000.

During his glittering NRL career, Ikin’s golf prowess did not go unnoticed with the 41-year-old known for hitting the golf course in his down time.

Ikin entered discussions with the PGA of Australia about the potential of playing in a PGA Tour of Australasia event in March last year, however needed to reduce his handicap of 7 to under 2.4 to receive the invitation.

After working with PGA teaching professional Matthew Guyatt, Ikin reached the required handicap limit over the festive break following several low rounds including a score of three-under-par at Indooroopilly Golf Club late last year, bringing his handicap down to 1.7. Ikin has been working on his game with PGA professional and PGA Tour of Australasia player Matt Guyatt. PHOTO: Australian Golf Media.

“My role with Fox Sports has fortunately allowed me to play golf quite frequently over the years. In recent years I have really enjoyed getting out there and having a hit and my game has improved a lot,” Ikin said.

“I’ve become a member of Indooroopilly Golf Club and Golf Central at Brisbane Airport and with such fantastic facilities at both venues I have never needed much convincing to get some practice in.”

To help him reach the required handicap, Ikin believed the best way to improve his score was to work with a PGA professional.

“I knew I couldn’t get there on my own so I linked up with Matt Guyatt and it was the smartest thing I did,” added Ikin.

“I encourage everyone to seek out their local PGA professional because quality advice is critical if you hope to improve your game.”

As a former winner on the PGA Tour of Australasia and having competed in the QLD PGA Championship many times before, Guyatt praised the determination of the former Origin player to reduce his handicap.

“When Ben first came to me it was evident he had the skills but needed to learn how to manage his game better,” Guyatt said.

“Ben is an amazing athlete so he picked up a lot of what we needed to work on relatively quickly.

“When we changed his practice to more results based to feel pressure similar to that experienced in a tournament environment, his scores really started to improve.

“Ben and I had three goals we were working towards and getting his handicap to 2.4 is just one of them.

“Now the focus will be on getting to scratch over the coming month whilst maintaining our goal of making the cut at the QLD PGA Championship”.

It’s a lofty goal, with Ikin having to tee it up against some of the most talented up and coming professionals in the country.

“There are so many talented professional golfers in Australia and now I am going head-to-head with them,” continued Ikin.

“I have set myself a big challenge to make the cut, I know it won’t be an easy task, but I am taking this very seriously and I will give it my best shot.”

Ikin’s addition to the QLD PGA field highlights the benefits of working with a PGA professional.

“We are delighted to extend Ben an invite to compete, as an amateur, in the Coca-Cola QLD PGA Championship presented by Toowoomba Regional Council,” General Manager - Tournaments for the PGA of Australia Simon Butterly said.

“Ben being able to reduce his handicap so quickly is a testament to his dedication to his goal of playing in a Tour event but more so it highlights the benefits of being coached by a PGA professional.

“I know Ben has been busy working with PGA professional Matt Guyatt who developed a tailored program to meet Ben’s goals.

“I would like to congratulate Ben and Matt on this achievement and wish them the best for their tournament preparations.”

Ikin isn’t the first former NRL player to tee it up in an ISPS HANDA PGA Tour of Australasia tournament.

Braith Anasta teed it up in the 2011 NSW PGA Championship at Wollongong Golf Club, missing the cut with rounds of 78 and 82. 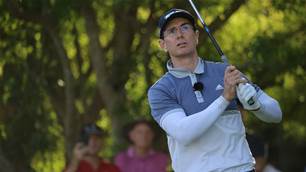