Two-time defending champion Lara Tennant, the No.1 seed in match play, led a parade of top-seeded players who advanced to the Round of 32 with victories on Sunday in the 59th U.S. Senior Women’s Amateur Championship at The Lakewood Club.

Tennant, 54, the stroke-play co-medallist who is trying to win a third consecutive championship after titles in 2018 and 2019, battled past No.64 seed Tina Barker, 2&1. Barker earned her spot in the bracket in a three-hole playoff that ended Sunday morning. The match was tied through 14 holes, but Tennant edged ahead on No.15 and closed out Barker with a birdie on the par-3 17th hole.

“I’m very aware that there’s never an easy match when you’re playing in a USGA event,” said Tennant, who has now won 13 consecutive matches over three championships, since she lost in the Round of 64 as the No.1 seed in 2017 at her home course, Waverley Country Club. “You have to be resilient and keep your head in the game, and that’s what I did. At this point a win is a win and it doesn’t matter the margin.”

Meanwhile, thirteen of the top-16 seeds advanced, but Aussie Sue Wooster, the runner-up in each of the past two championships to Tennant, was one of three eliminated on Sunday, with compatriot Robyn Puckett also failing to advance further in the championship.

The three players from Alabama who advanced to match play all moved on to the Round of 32. 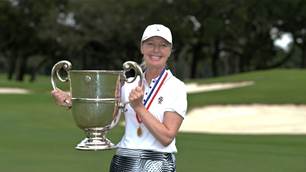 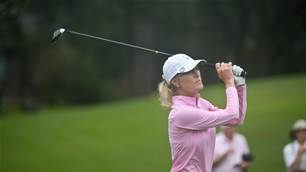 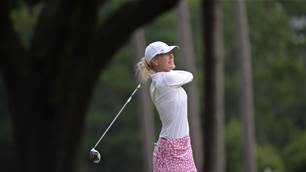