They are the Australians fighting for their jobs in American golf while the big guns are away in Scotland at The Open Championship.

Across two events in the US this week, a pack of Australians will tee it up at the Barbasol Championship and the second-tier Pinnacle Bank Championship looking to make inroads to the PGA Tour – or stay there.

Aaron Baddeley spearheads those hoping to cash in at the Kentucky event and he sits eight places outside the top 125 on the FedEx Cup standings who retain their cards for next season and advance to the lucrative playoffs.

The 37-year-old Baddeley was in a similarly precarious position in 2016 when he jagged an emotional, drought-breaking victory at the Barbasol.

But the two-year exemption from that win runs out this season.

Baddeley will be joined by fellow Australians Cameron Percy – battling at 178th on the FedEx Cup – as well as veterans Peter Lonard, Stuart Appleby, Robert Allenby and Steven Bowditch.

Meanwhile on the Web.com Tour, Australians Rhein Gibson Mathew Goggin, Brett Drewitt and Ray Beaufils will contest the Pinnacle Bank Championship as the race to the Web finals heats up with five events remaining.

Taking the week off to recharge and prepare for the home stretch is former star amateur Curtis Luck.

The 21-year-old Perth native sits just outside the bubble of the top-75 players on the Web.com regular season moneylist who qualify for the playoffs series. 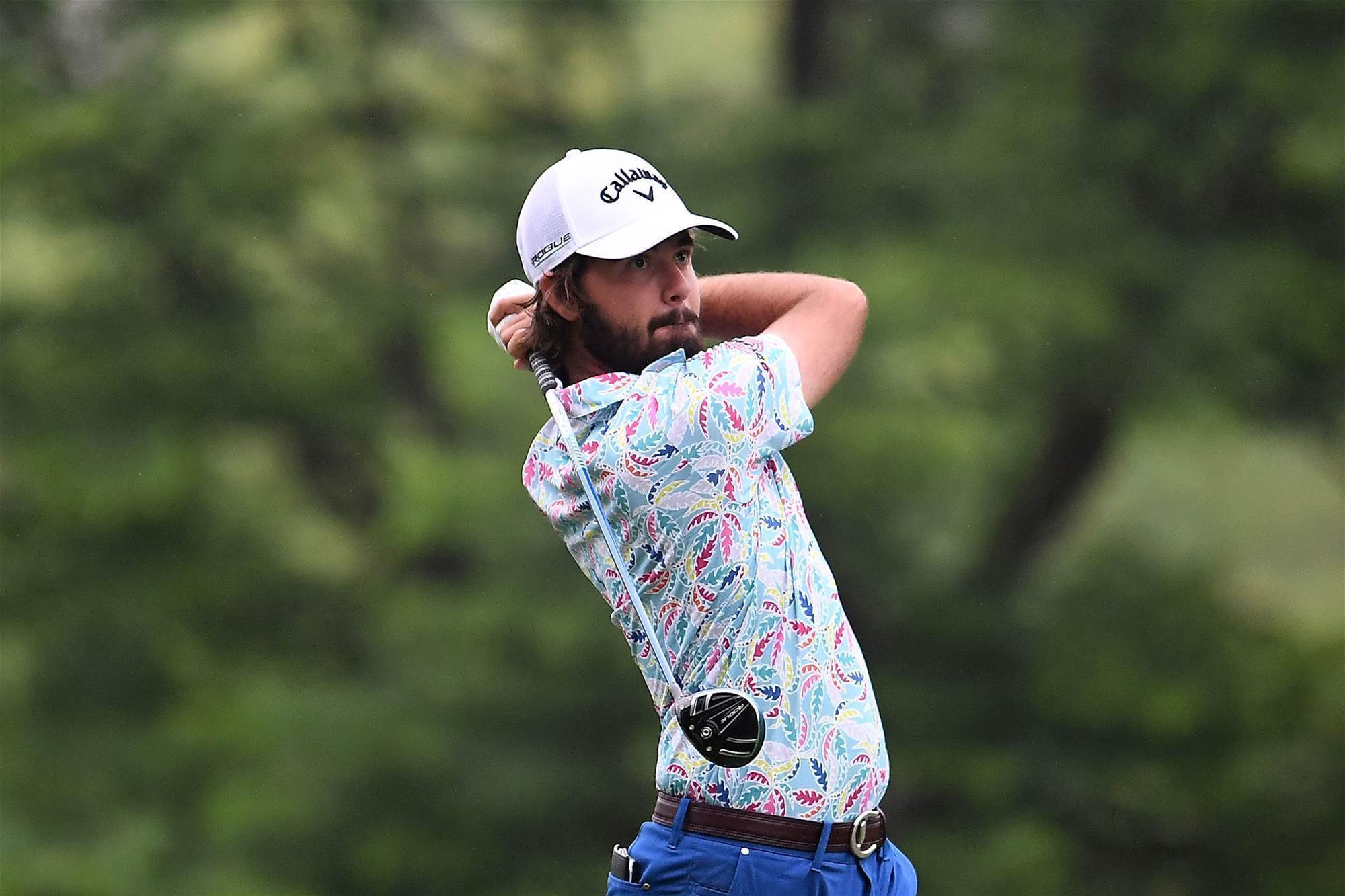 Curtis Luck says one good event should be enough for him to move inside the top-75 players on the Web.com moneylist. PHOTO: Stacy Revere/Getty Images.

Former amateur World No.1 Luck is ranked 78th on the moneylist, having earned $51,524, but says he is ready to finish the season in style.

"One good event from my last four should get me there so I'm not too stressed," Luck told AAP.

Former US Amateur champion Luck will draw on the experience gained during his rookie season on the PGA Tour last year, when he bagged a top-10 and earned US$362,230 from 10 events to narrowly miss out on securing status on the main circuit.

"I think pressure is something I've always thrived on," Luck said.

"At this point in the season, the pressure is definitely on.

"Last year was a good learning curve and, while this is the first time I've had to hold on to (status), I definitely feel I'm ready for the challenge."

Currently, no Australians sit inside the top 25 on the moneylist but are all poised for at least a finals berth.