India’s Shiv Kapur signaled his intent to savour more success at the venerable Delhi Golf Club as he prepares for his title defence at the US$400,000 Panasonic Open India, which starts on Thursday.

Playing on his home course, Kapur claimed his third Asian Tour title and second win in 2017 when he cruised to a three-shot triumph 12 months ago. The victory was exceptionally sweet for Kapur as it was his first Asian Tour win on home soil.

The 36-year-old Kapur, father of one, will be gunning to become the first player to successfully defend his title at the Panasonic Open India, which is celebrating its eighth successive edition on the region’s premier Tour.

“There is pressure as a defending champion but I think it’s a positive and good pressure knowing that you have won on this course before,” Kapur said.

“If I can put myself in position to win again come Sunday, I can definitely bank on my past memories to help me achieve the feat.”

“If I can put myself in position to win again come Sunday, I can definitely bank on my past memories to help me achieve the feat.” – Shiv Kapur

He will spearhead the strong local challenge, which includes promising talents Viraj Madappa, youngest Indian winner on the Asian Tour, and 17-year-old Kshitij Naveed Kaul, who is making his professional debut this week.

They will be vying to retain the trophy on home soil in the popular event, which has been dominated by the Indian players since its inception in 2011.

South Australian Wade Ormsby remains the only international player to win the Panasonic Open India in 2013.

Singaporean veteran Mardan Mamat returns to the site of his breakthrough Asian Tour win this week, confident of putting up a strong showing to turn his lackluster season around. The 50-year-old marked his best result this season in Pakistan when he came in tied-24th two weeks ago.

Also in the fray are Tirawat Kaewsiribandit of Thailand, who broke through in Pakistan a fortnight ago before going on to win on his domestic circuit last week, as well as his compatriots Prom Meesawat, Jazz Janewattananond and Panuphol Pittayarat, all double-winners on the Asian Tour.

The Panasonic Open India is sanctioned by the Asian Tour and Professional Golf Tour of India (PGTI) and is the second leg of the 2018/19 Panasonic Swing, which is an aggregate points race that spans five events – in Thailand, India, Indonesia, Malaysia and Japan. 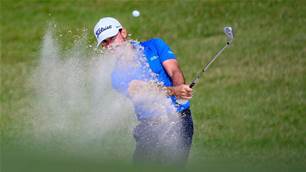 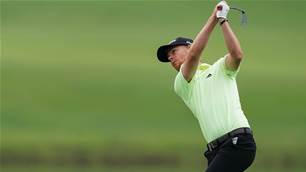