The R&A will digitally broadcast the finals of its men’s and women’s amateur championships live to fans for the very first time in the history of the prestigious events.

Fans will be able to watch all the action in each final from the first tee shot until the champion is crowned. The commentary team will be led by Dougie Donnelly, Mickey Walker and Kit Alexander for the Women’s Amateur on June 12, with Richard Kaufman and Kit Alexander behind the microphone for The Amateur at Nairn on June 19. They will be joined on course by Trish Johnson and George Harper Jnr.

Phil Anderton, Chief Development Officer at The R&A said, “Many of the world’s greatest golfers have competed in our historic championships and these live broadcasts will allow fans to enjoy watching the best amateur talent compete to lift these prestigious titles and earn the right to play in major championships.

“Showcasing amateur golf at its finest through the live broadcasts was an opportunity we decided to pursue based on research that indicated the majority of golfers in the UK would like to follow or attend these prominent championships.

“It is important for us to continue to innovate and modernise in raising the profile of our amateur championships by using digital channels to bring them to younger audiences who we know regularly choose to consume and be entertained by live sport using these means.”

The Women’s Amateur Championship will be played at Kilmarnock (Barassie) from 7–12 June.

The championship is being held at the South Ayrshire links for the first time and the field will feature a strong line-up of domestic talent including 2019 Women’s Amateur Champion Emily Toy of England, Scotland’s Hannah Darling, who won the St Rule Trophy recently, and England’s Annabell Fuller, who finished runner-up to Aline Krauter in the 2020 championship.

The champion will secure exemptions into the 2021 AIG Women’s Open, 2021 Evian Championship, 2022 US Women’s Open and by tradition an invitation to the Augusta National Women’s Amateur.

The Amateur Championship will be played at Nairn from 14-19 June.

The field will feature several of the players who played in the recent Walker Cup match for Great Britain and Ireland, including Jack Dyer and Mark Power, as well as 2019 team members Conor Gough and Sandy Scott.

Scott, who is a member of Nairn, will also be joined by younger brother Calum. Joe Harvey, the 2020 runner-up returns to see if he can go one better in 2021.

As well as earning exemptions into The Open, US Open and by tradition, an invite to The Masters Tournament, this year’s champion will be also given the opportunity to tee it up in an event on the European Tour. Those golfers reaching the semi-finals of the championship will be invited to play in a Challenge Tour event.

General admission to the venue will not be available to spectators due to Covid-19 protocols making The R&A live stream the only place for fans to watch the action unfold. 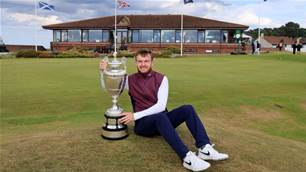 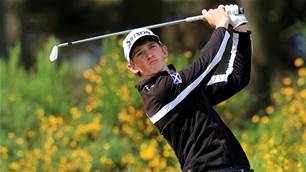 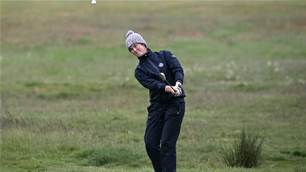