Having broken his two-year win drought at the ISPS Handa Perth International, Louis Oosthuizen has his eyes fixed on contending for a green jacket.

LOUIS Oosthuizen returned to the winner’s circle for the first time in two years with his one-stroke victory in the ISPS Handa Perth International. Now he has eyes only for a green jacket.

Five weeks out from the Masters, the South African’s confidence has been buoyed with this win on a Lake Karrinyup course that has its similarities with the famed Augusta National. 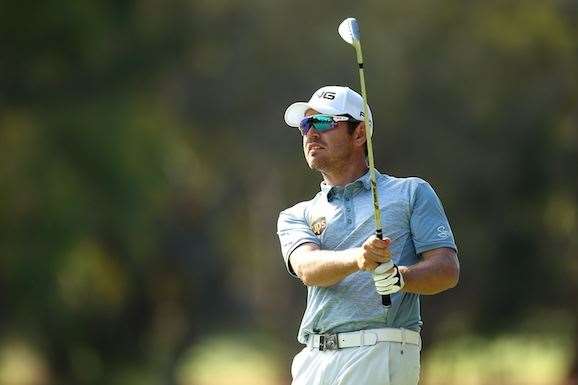 Like the home of the Masters, there is great elevation change on many holes at Lake Karrinyup, while the greens, although smaller than Augusta, feature plenty of slope and demand precise ball-striking to leave your ball beneath the hole. The greens were running between 12’ 7” and 12’ 10” on the stimpmeter all week, which puts them at a similar speed to Augusta as well.

“It’s difficult to always get your game perfect for the week of a major but when you do it’s a great feeling,” the 2010 Open Champion said. “On weeks like that you don’t really worry about your game its more the mental aspect of it.

“This is a great start building up towards Augusta. I’ll take a lot out of this week and things that I’ve worked on for the last few months.”

Oosthuizen said he’s happy with where his game is at the moment to be a contender for the Masters.

“I just need to keep my game where it is,” he said. “If there is anything you want to work on, now is a good time because you’re in a good frame of mind having won. So this a great start towards Augusta.”

And Oosthuizen would know, having reached a sudden-death play-off only to be beaten for the green jacket by Bubba Watson in 2012. 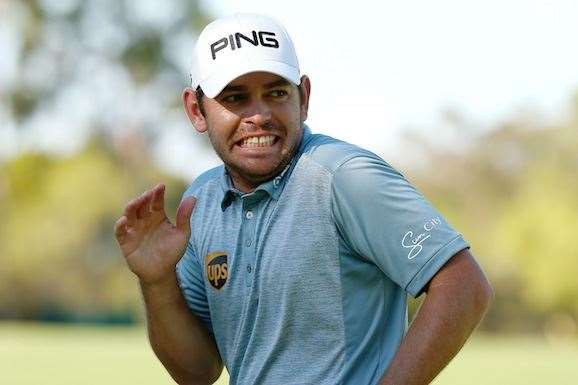 Oosthuizen reacts after throwing his ball into the gallery on the 18th green.
PHOTO: Paul Kane/Getty Images.

Since then he has struggled at times with a variety of injuries, the latest being a hamstring pull that forced him to withdraw from the Tour Championship last September and put him in doubt for the Presidents Cup.

These injuries have also limited his playing schedule at times and explain why his winning record is not more impressive. His victory in Perth came 25 months after his last victory, at the Volvo Champions tournament in South Africa. This was his 13th professional victory and his eighth on the European Tour.

With Augusta just five weeks away, he said this victory was special not just to set up his season but to also get that important “nervous” feeling of leading a tournament and getting the job done.

“It’s important to know you can still win events and not get too long from winning tournaments,” he said.

“You know what, I don’t change my game plan, I do what I think is best on each shot and give myself the best opportunity still for a birdie and if I have to take a shot on I’ll take it on.

“It’s a great spot to be in (in the lead), you get nervous but you feed off that. I always say its great to be nervous with three holes to go in a tournament because it means you’re up there somewhere with a chance of winning. That’s what we do all the hard work for and it’s a great feeling.”

Oosthuizen admitted the nerves were also jangling early in the final round at Lake Karrinyup and he knew a three-shot lead after 54 holes could evaporate very quickly, which it did by the time he reached the 7th tee.

“I got to the 7th and I saw there were two other guys on 14 under. I knew that could happen but I also knew I wasn’t playing well up to that point so I had to do what I had been doing the past three days and give myself opportunities,” he said.

“I made a great up-and-down on 7, made a great two on the 8th and missed a tricky little putt on 9, but that really got me going for the back nine. I felt more confident teeing off the 10th after that stretch of holes on 7, 8 and 9.”

The 33-year-old took control of the tournament again on the short downhill par-3 12th hole, when he rolled in a 12 foot birdie putt to reach 17 under to be three shots clear of his nearest rival, Frenchman Alexander Levy.

“After making that putt for birdie on 12 … the wind was tough today, the greens were a little bit firmer than the last three days, so I thought it was going to be difficult for anyone to make birdies over the last five or six holes,” he said.

“So, making that putt on 12 I just needed to play to give myself a birdie putt on every hole and I did. That was my main goal to keep in that position.

“The last thing you want to do is to defend, but trying to attack some of these pins you could so easily leave yourself in a horrible spot. So attack was not really an option today.” 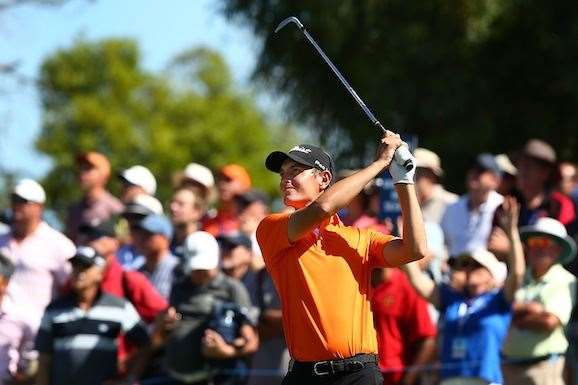 Jason Scrivener says he is closer to a breakthrough win after his Perth International experience. PHOTO: Paul Kane/Getty Images.

Oosthuizen, despite a three putt from nearly 55 feet on the 72nd hole, claimed the title by a stroke from Levy, who birdied the final hole 30 minutes earlier to set the clubhouse mark at 15 under.

The 26-year-old – who needed to finish in the top-five to ensure a start in the next European Tour stop, the True Thailand tournament in two weeks time – birdied 17 and 18 to move back to 14 under and claim outright third place.

While disappointed with some aspects of his last round, Scrivener said he was happy with the final result and feels like he’s getting closer to a breakthrough Tour win.

“Walking up the last, I said to my caddie, it's so difficult to win a golf tournament, because you can play so well for a week and just have a few mistakes and it will cost you the tournament,” he said.

“You've got to put four really good rounds together and I feel like I'm pretty close to that.” 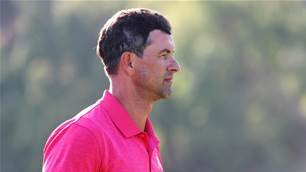 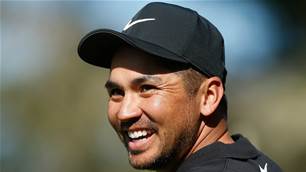