At the top of the women’s professional game it seems youth is Queen.

The combined age of the winners of the two most recent events in Australia is 37, once considered the prime for a top flight professional.

The performances of Sydney’s Steph Kyriacou, 19, at the Australian Ladies Classic at Bonville and Sweden’s Julia Engstrom, 18, at the Women’s NSW Open at Dubbo were nothing short of remarkable.

One might be tempted to think these two were outliers but that would be overstating things quite dramatically.

At the Ladies Classic the best credentialled player in the field wasn’t Kyriacou but a fellow 19-year-old.

Korea’s Ayean Cho played three tournaments in Australia in February and earned a place in the final group on Sunday at all three. 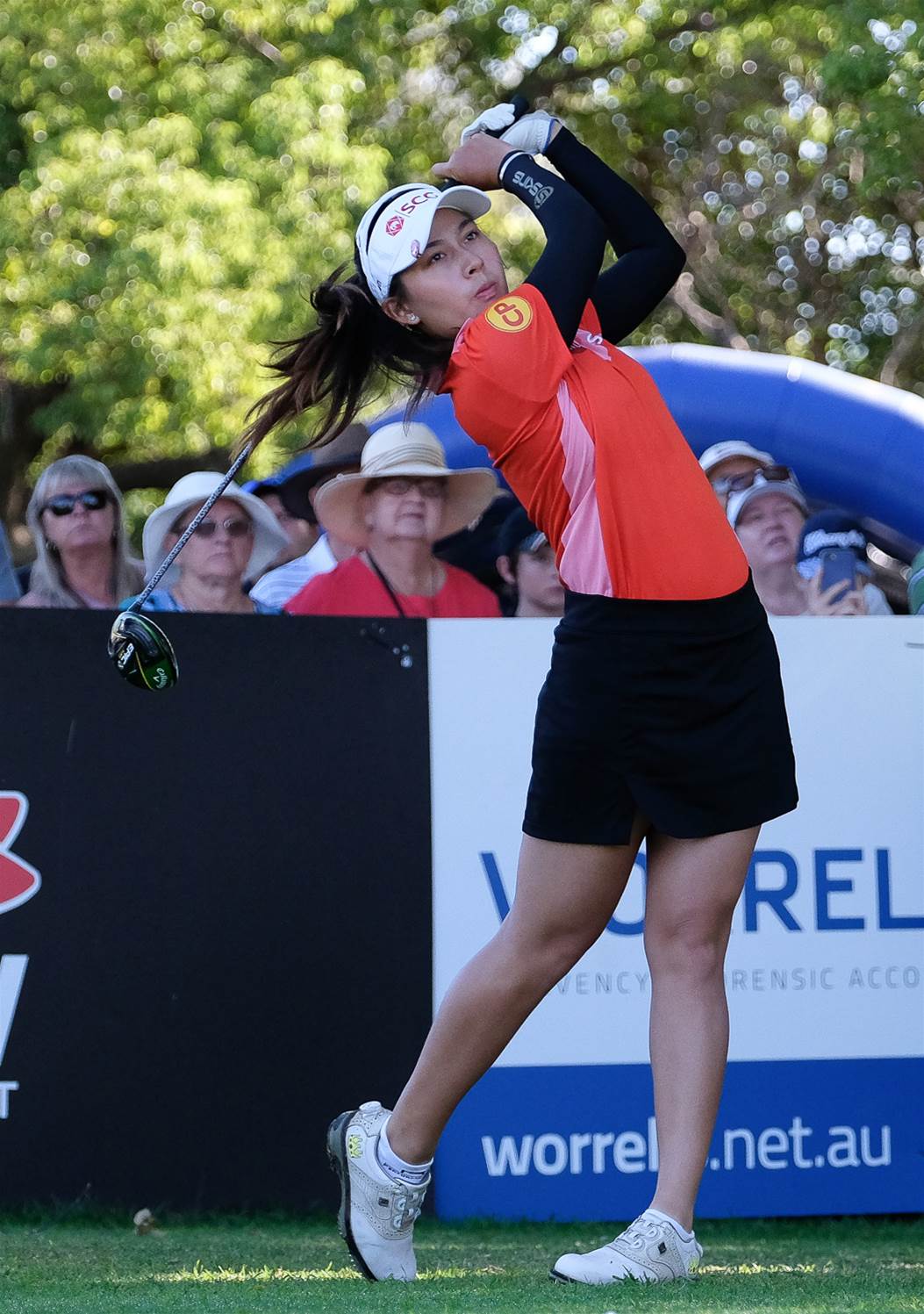 While she didn’t post a victory, she impressed all who saw her first hand with not only her physical skills but a mental game which showed a maturity beyond her years.

RIGHT: Atthaya Thitikul was among the young players to seriously impress during the Australian summer of golf. PHOTO: Golf NSW.

Twice a winner already on the super competitive KLPGA Tour, Cho seems guaranteed to be a world top-10 ranked player sooner than later.

But she wasn’t the only world class teen showing off an immense talent in regional NSW this past fortnight.

At the Women’s NSW Open at Dubbo was another youngster who seems destined for the upper echelons of the game, this one from Thailand.

Atthaya Thitikul is already a two-time winner on the Ladies European Tour despite only celebrating her 17th birthday two weeks ago.

Twice she has won the Ladies European Thailand Championship in her homeland, the first time at the age of just 14 in 2017 then again last year at 16.

The Women’s NSW Open was her first start as a member of the LET as she turned professional late last year but played two local events in her homeland.

It was an impressive debut.

Like Cho the week before at Bonville, Thitikul didn’t have her ‘A game’ for much of the week but comfortably finished in the top five.

She was one of only three players to shoot under par each of the four days alongside winner Julia Engstrom and another Swede, Camilla Lennarth.

As the final round got underway she was eight shots adrift of overnight leader Manon De Roey but, testament to her talent, many on the Tour staff thought she was actually the favourite to win.

We are lucky each year in Australia to see some of the world’s top women players up close via the Vic Open, Australian Women’s Open, The Ladies Classic and the Women’s NSW Open.

In 2020, as is the case each year, there were a plethora of young, talented players who seem likely to go on in coming years to be the best in the game and while Cho and Thitikul stood out, they weren’t the only names to make a note of.

On that list are our own Kyriacou, Slovenian 16-year-old Pia Babnik, 22-year-old Aditi Ashok of India and her 19-year-old countrywoman Diksha Dagar plus, of course, the winner in Dubbo, Julia Engstrom.

As spectators there is a lot to look forward to at the top level of the women’s game in coming years and once again it has been a privilege to witness some of it up close.

It’s an opportunity more golfers would do well to take.

Morri: A reminder of the simplicity of golf