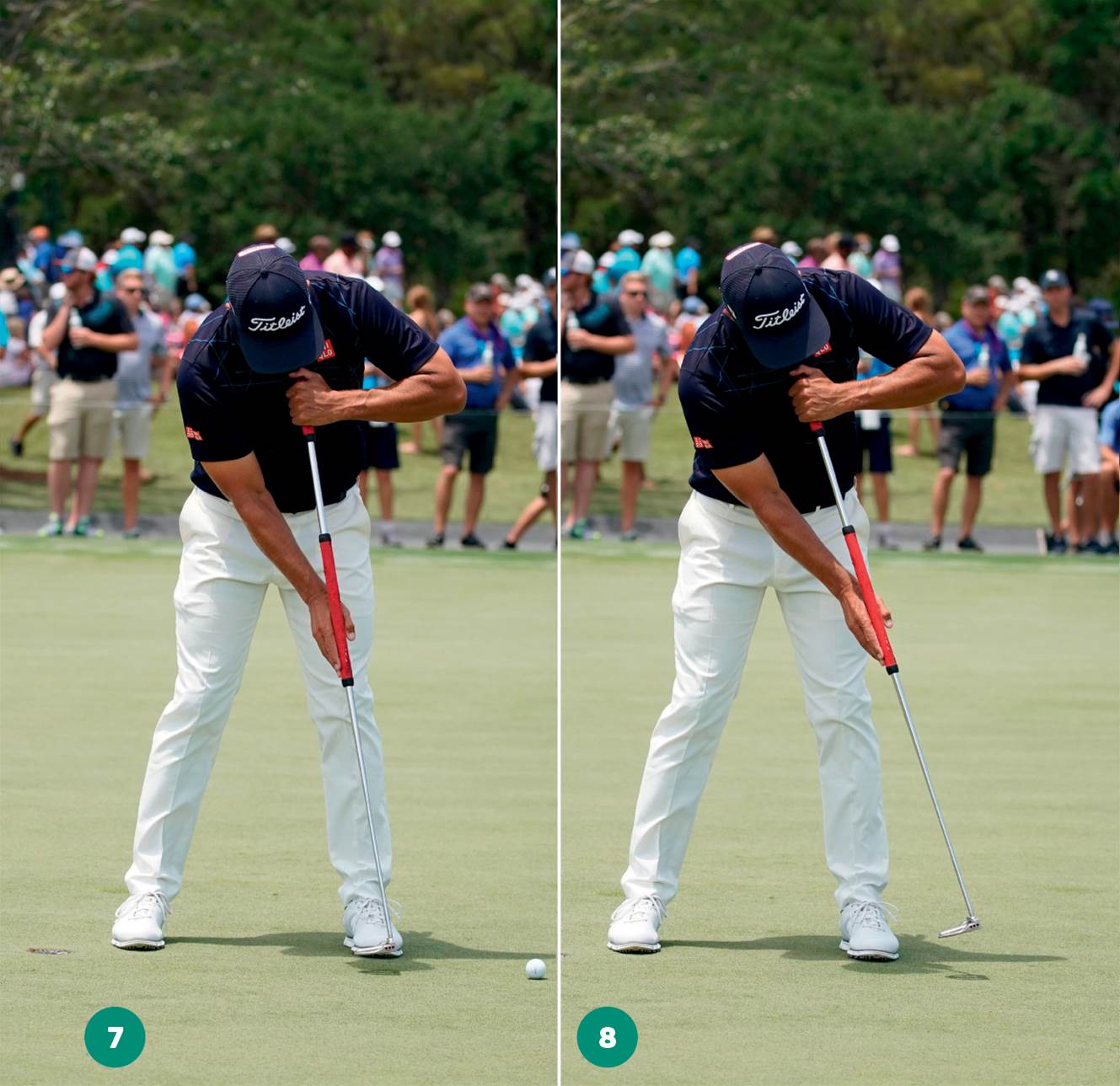 These changes continue as the ball heads towards the target (pics 7 and 8), with Adam’s body and head position noticeably lifting to allow the unanchored putter to move through to the end of his follow through.

Just like short putters, where the number of grip and putter styles are endless, long putter users must work out what is best for them based on personal preference and capabilities. And Adam Scott is no different, both when first inserting the long putter in 2011, and once again to uncover the best method with the putter moved away from his chest.

At first, Scott like many, presumed a shorter putter was required to avoid anchoring. But time, and experimentation, has led to him using a putter with the exact specifications as in previous years. The model he used at the 2018 US Open is the same that nearly delivered him the Open Championship in 2012, with white tennis grip tape applied over the top of a well-worn grip.

“When I fiddled with it in December of last year, I probably didn’t do good enough testing and I immediately cut one a bit shorter, two inches shorter and putted with that, and it felt all right but not great, and there was a different head than I’m using at the moment. I probably didn’t give it a fair enough go. That was my fault,” Scott said of his initial experimentation with the long putter in 2017 at this year’s Players.

“This is the original putter that’s a slightly different-sized head and a bit different weight, and it’s the same length as I used to use, and it feels better.”

Although Scott’s stroke is still very much a work in progress and he has a tendency to make putting changes suddenly, he appears to be on the right track. His stroke, like his golf swing, is the pin-up move for long putter users. 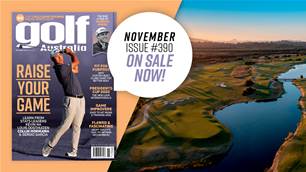