Jennifer Kupcho, the world’s top-ranked amateur, played her final six holes in five under par, including an eagle on the par-five 13th, to prevail against Mexico’s Maria Fassi and become the first champion of the Augusta National Women’s Amateur.

The Wake Forest senior was trailing playing partner Fassi by two strokes after 12 holes. Her eagle on No. 13 kickstarted an impressive second-nine stretch that also included birdies on the par-5 15th, par-3 16th and par-4 18th.

The 21-year-old from Westminster, Colorado, was fighting a migraine that resulted in blurry vision as she made the turn. She battled back to record a five-under-par 67 – fittingly, the lowest round of the championship – to tally a 10-under-par 206 total for the three rounds and win by four strokes.

“It’s always a great feeling to win,” Kupcho said. “But I think to win at Augusta National, just to get to walk the fairways and walk up 18 with as many fans as there were, it’s an experience like none other.” 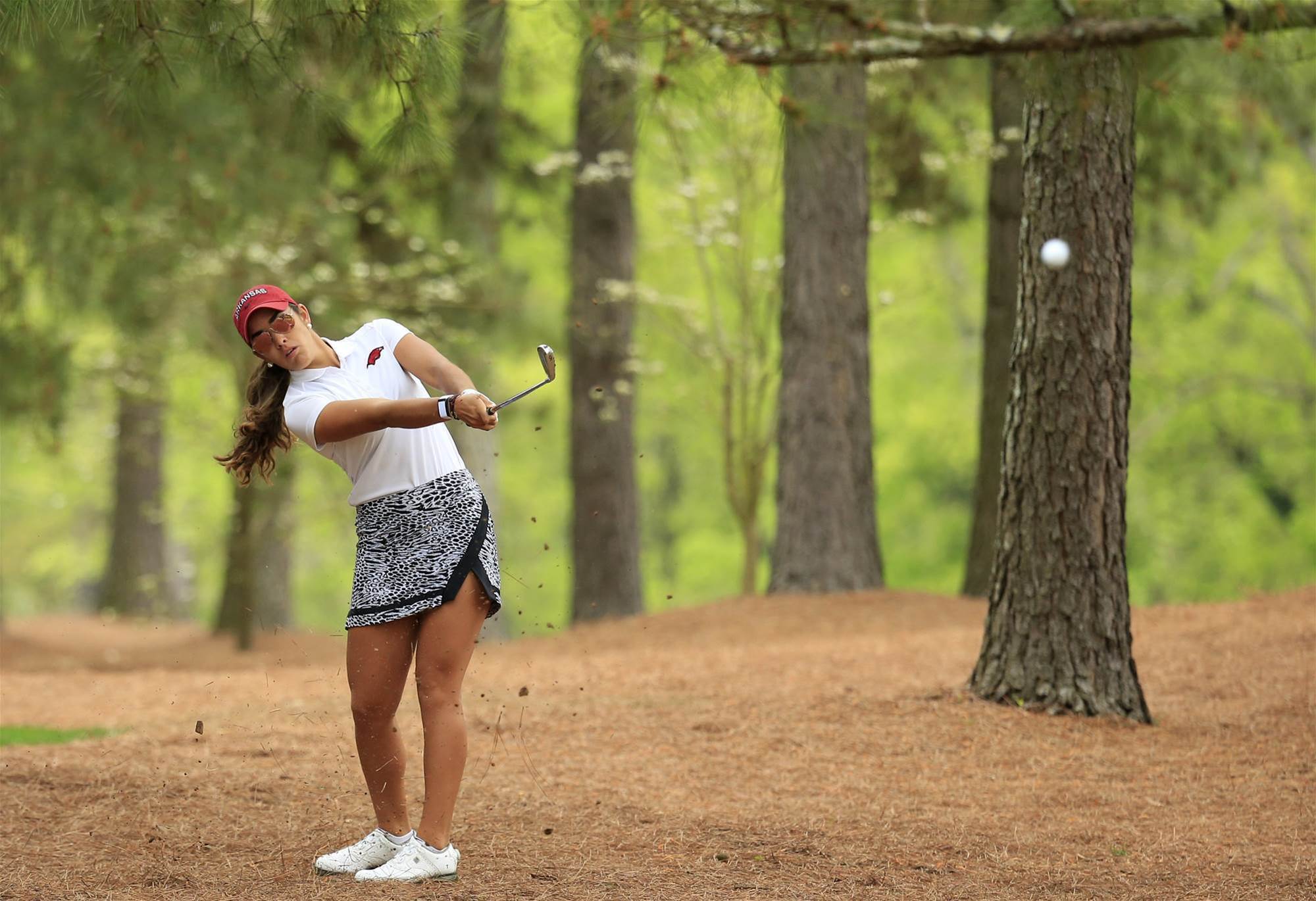 The reigning NCAA individual champion punctuated her victory with a 25-foot birdie putt on the final hole.

“I think, first of all, for me to hit the first tee shot of the tournament, just to open it up, it was a great honour to be able to do that,” said Kupcho, who hit the very first drive of the inaugural championship in the first round Wednesday. “And then to be able to hit the last putt and to win, it's just amazing. It's an amazing feeling, to have my brother here, to have my parents here, everyone out there supporting me. It was quite a day.”

Before her late surge, Kupcho began feeling the effects a migraine on the eighth green and was having trouble seeing on her left side. That is when Fassi edged ahead for the first time with a birdie. Kupcho went on to bogey the 10th after a three-putt – her first in 110 holes in competition.

“I couldn’t see,” Kupcho explain. “It was very blurry when I missed that putt (on 10), and I couldn’t really be mad at myself. I just knew that the blurriness would go away, and then I know it just comes with a bad headache after, so I was going to be able to recover. I just told myself, ‘Hey, you got it. Relax. There’s nothing you can do.’”

With clear vision returning on the 11th, and with the support of her Augusta National caddie, Kupcho was unstoppable down the stretch. On the 13th, she smashed a 3-hybrid second shot from 211 yards to 12 feet and made the eagle putt. She then hit a bold, hooking second shot on the par 5-15th just over the green with the same club, then almost holed her eagle putt from the back fringe. On the 16th, her 7-iron caught the green’s slope and rolled to within eight feet for birdie, before the final birdie on the 18th.

“I would say that’s probably one of the best shots I’ve ever hit,” said Kupcho about her second on the 13th. “At that point, since I was two back, I just knew I needed to make a big move. So, when I walked up to the tee shot, I never even thought about laying up.” 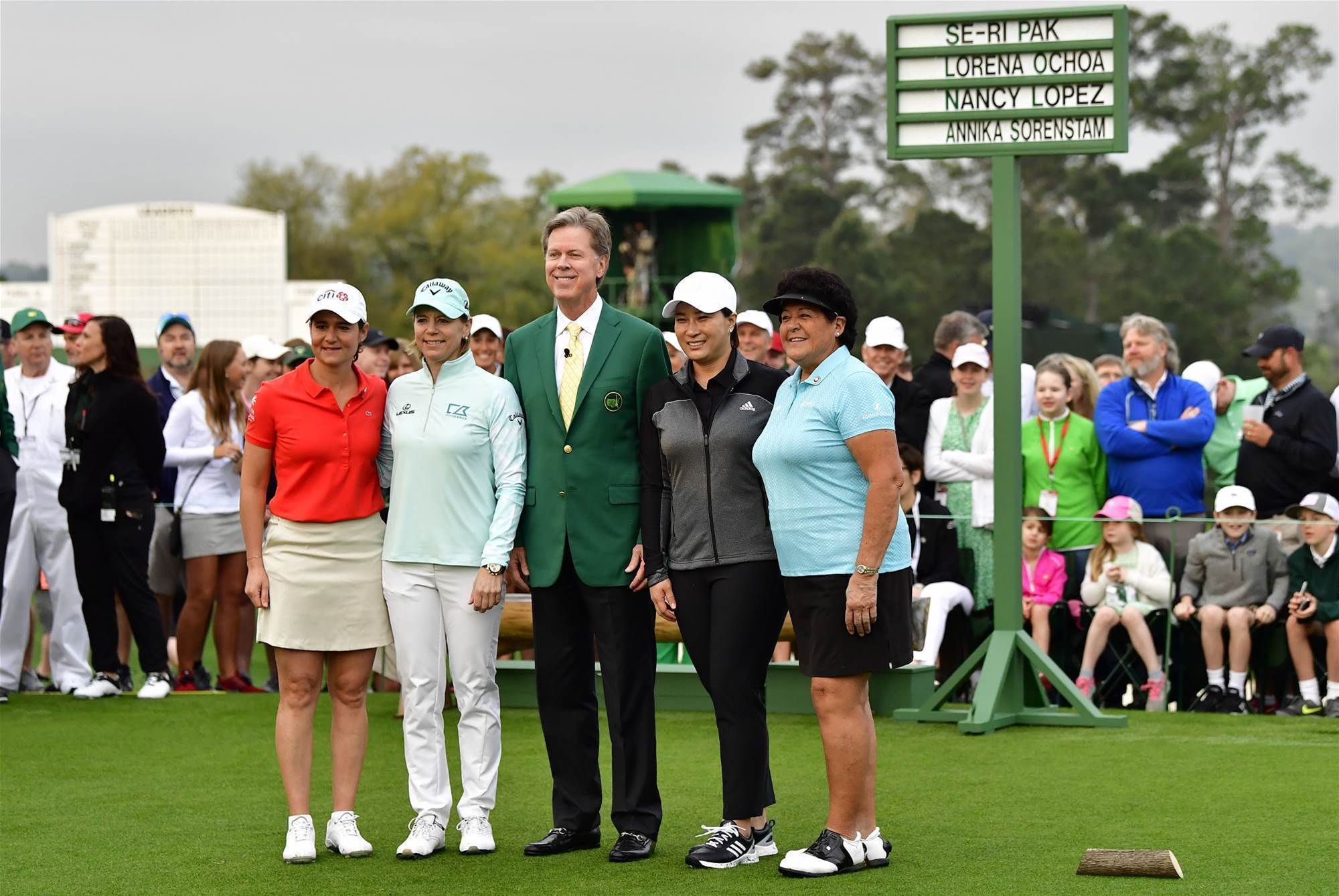 By the time Kupcho and Fassi made the turn, it was clear that the championship had become a two-player race. The big-hitting Fassi made five birdies over her first 14 holes to hold a one-stroke lead over Kupcho when she made birdie on No. 14. However, a three-putt bogey on the par-3 16th and a bogey on the 18th resulted in a two-under-par 70.

Fassi was proud of the way she battled.

“I knew it was going to be like that. I knew who I was playing against. We were joking and having a laugh. We just wanted to make sure we put up a show for people and we did,” said the University of Arkansas senior and 2018 ANNIKA Award winner as top collegiate female golfer.

"I’m extremely proud of what I did, and I am proud of Jennifer for getting that win. That’s the kind of player she is. That’s one of the things I admire and respect most about her. She's not afraid of going for it. She's not afraid to be great, and that’s what makes her great.

“We battled hard and we had fun. I think that’s what women's golf should look like every Sunday.”

The international field, which included 72 players from 25 countries at the start of the championship, was well-represented on the leader board. Four strokes behind runner-up Fassi was Yuka Saso (69) of the Philippines, the reigning Asian Games gold medallist, and Japan’s Yuka Yasuda (72), who tied for third place at two-under 214.

Zoe Campos (72), one of the youngest players in the field at age 16, and Kaitlyn Papp (74) were tied for fifth at one-under-par 215. Sweden’s Beatrice Wallin, Haylee Harford and Haley Moore tied for seventh at even-par 216. Sierra Brooks and Alice Hewson rounded out the top 10, finishing at one-over 217.

DeChambeau to go under the knife