Tiger Woods has equalled Sam Snead's record of 82 PGA Tour victories with a three-shot win at the Zozo Championship in Japan.

The 43-year-old Woods played the final seven holes on Monday in the weather-affected tournament, completing a three-under 67 to finish at 19-under-par 261 with local favourite Hideki Matsuyama runner-up at Narashino Country Club.

"This is big. It's just crazy. It's a lot," Woods said of his record-equalling number of wins.

"I've been able to be consistent most of my career ... Today was one of those days where I was able to pull it out.

"It was definitely stressful."

Woods had arthroscopic surgery on his left knee two months ago – his fifth on the same problem joint.

He was making his first start in his 23rd season on the PGA Tour. 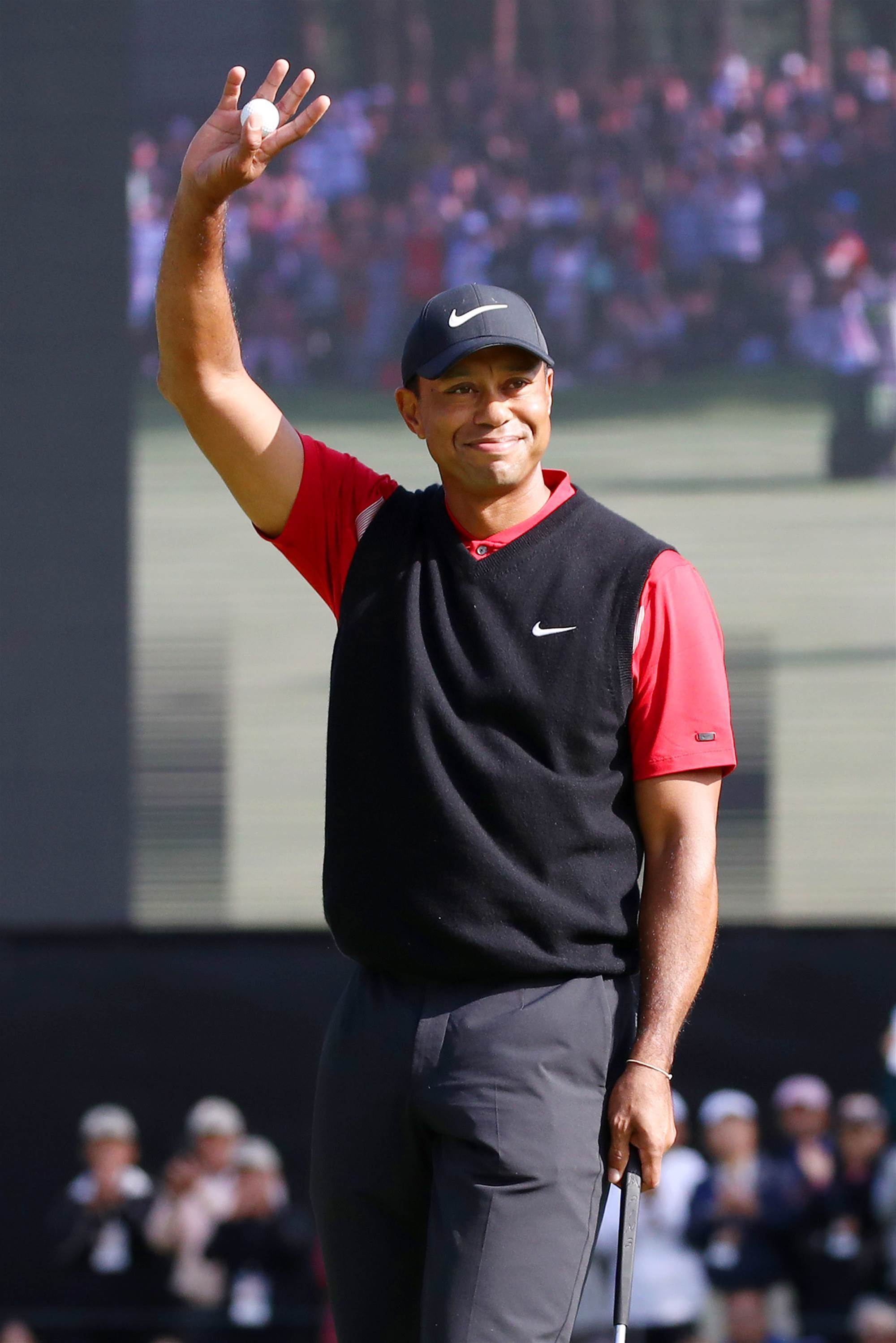 "I can still manage my way around the golf course," he said.

"I know how to play. I was able to do that this week."

As the Presidents Cup captain for the United States, Woods was asked about picking himself for the team for the event in Melbourne in December.

"I think the player got the captain's attention," he said.

Jason Day had a closing 68 to be best of the Australian trio in a share of 22nd at six under, while Adam Scott (71, three under) was tied-33rd and Marc Leishman (71) finished six over.

The fourth round was suspended because of darkness on Sunday, and Woods took a three-stroke lead over Matsuyama into Monday in the first official PGA Tour event in Japan.

Matsuyama also closed with a 67

World No.2 Rory McIlroy completed his round with two birdies for a 67 to tie for third at 13 under with Sungjae Im (65).

Woods opened with consecutive 64s, with a day off in between because of rain. He had a 66 on Sunday in the third round.

"Five days at the top of the leaderboard is a long time."