Tiger Woods has capped one of the most remarkable individual comebacks in sporting history with a victory at the Tour Championship, his 80th PGA Tour title.

The 14-time major champion and overnight leader closed with a one-over-par 71 and at 11 under he finished two shots ahead of runner-up Billy Horschel (66).

It is the first victory worldwide for Woods since the 2013 WGC-Bridgestone and he is now just two titles shy of Sam Snead's all-time list record of 82.

The Englishman two-putted the last hole to secure the season-long points race.

Having sat on the sidelines for 10 months last year while recovering from spinal fusion surgery and facing the possibility of never playing golf again, former World No.1 Woods' ranking plummeted to 1,199 in November.

But on Sunday the 42-year-old tapped in for par at the par-5 18th at East Lake Golf Club to earn a storybook win that will propel Woods eight spots to World No.13.

Woods marched up the 72nd hole with rock concert scenes unfolding behind him as thousands of fans ignored security and police officers to walk the fairway and soak up the occasion. 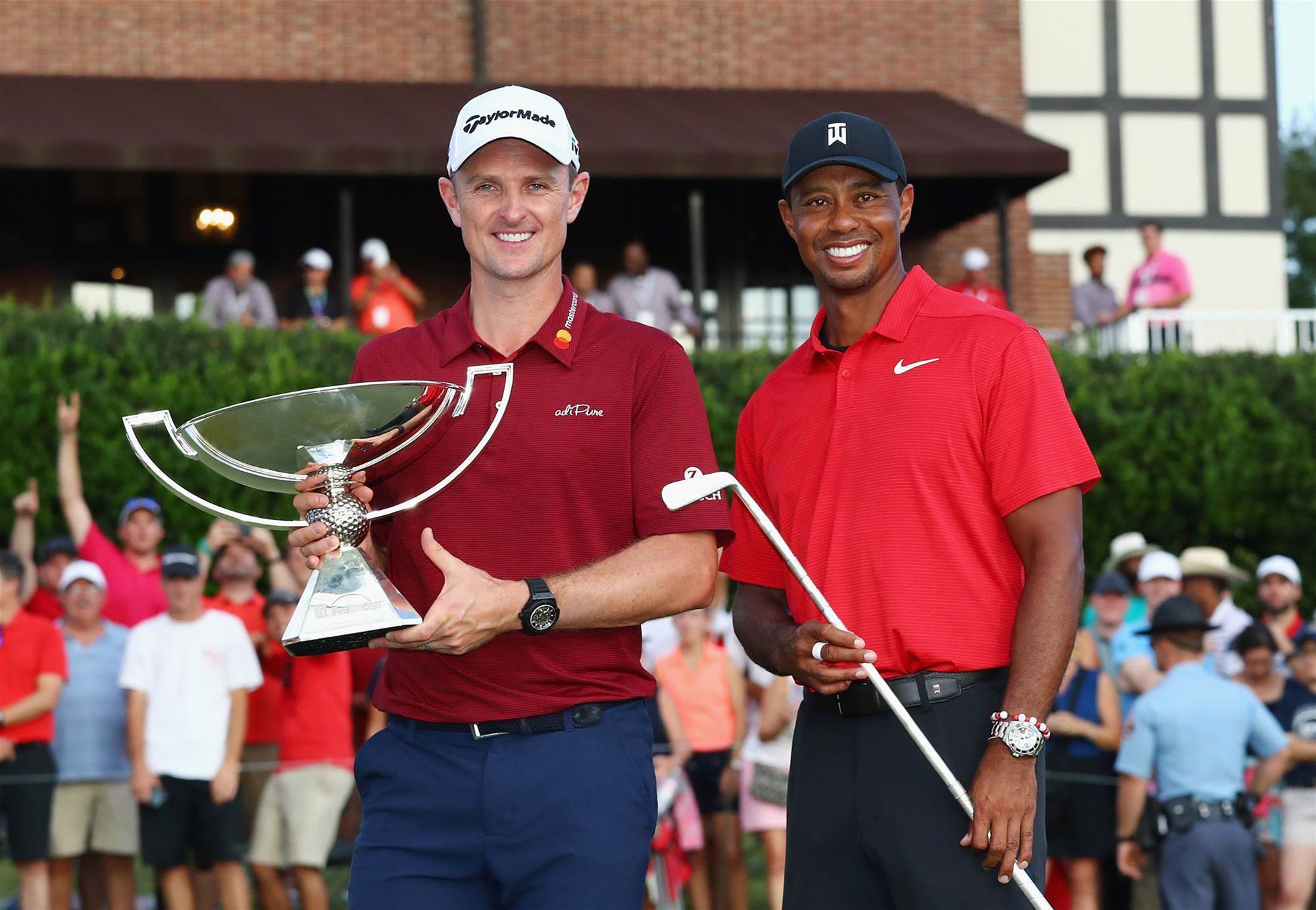 "It was just a grind out there but I loved every minute of it," Woods said.

"As this year progressed, I proved I could play, I found a swing, put the pieces together and knew I could do it again.

"I had a hard time not crying on the last hole; I still had shots to play so I had to suck it up.

"But once I got the ball on the green I gave (caddie) Joey (LaCava) a high five because it was done."

The victory was nothing like the clinical finishes during Woods’ world-beating prime, but he has maintained a perfect record when holding a 54-hole lead of more than two shots.

"I had a hard time not crying on the last hole; I still had shots to play so I had to suck it up." – Tiger Woods

He started the day with a three-shot lead and at one stage increased that to five before the wheels seemed to fall off on the back nine.

He bogeyed the 10th but responded with a birdie three holes later but two consecutive bogeys from the 15th had fans nervous.

But when he piped his drive 348 yards down the fairway on the last, it was a coronation despite Woods putting his second in the green-side bunker and missing the ensuing birdie putt.

Meanwhile, the Australian contingent finished well back on the final day.

Jason Day closed with a two-under 68 to finish at two under, while fellow Queenslander Cameron Smith posted the same score to earn an even-par score.

Marc Leishman (71) rounded out the Australian tilt and he finished at one over.