Tiger Woods has revealed the motivation to stay aboard his $US20 million ($A26 million) yacht during his anticipated US Open return is to avoid Long Island's infamous traffic.

Woods' yacht 'Privacy' reportedly costs $2 million a year to run with a crew of nine, and features an inflatable decompression chamber, room for up to 12 people to sleep, gym and a theatre.

The 14-time major winner has docked Privacy on the eastern side of the Hamptons region in New York, close to host course Shinnecock Hills.

After Monday's practice round, congestion around Shinnecock Hills was so bad one prominent New York sports reporter described it as "biblical".

"Yeah, staying on the dinghy helps," Woods joked on Tuesday.

With traffic expected to worsen when the US Open begins, Woods says he would not be surprised if it caused a competitor to miss his tee time – which can incur a penalty or even disqualification.

"There are a few (players) who have said it's taken them two to three hours from the hotel," Woods said.

"You get a little traffic, you get maybe a little fender bender ... there's a good chance that someone might miss their (tee) time."

"I've missed playing the US Open; it's our nation's title and it's meant so much to me and my career," Woods said. 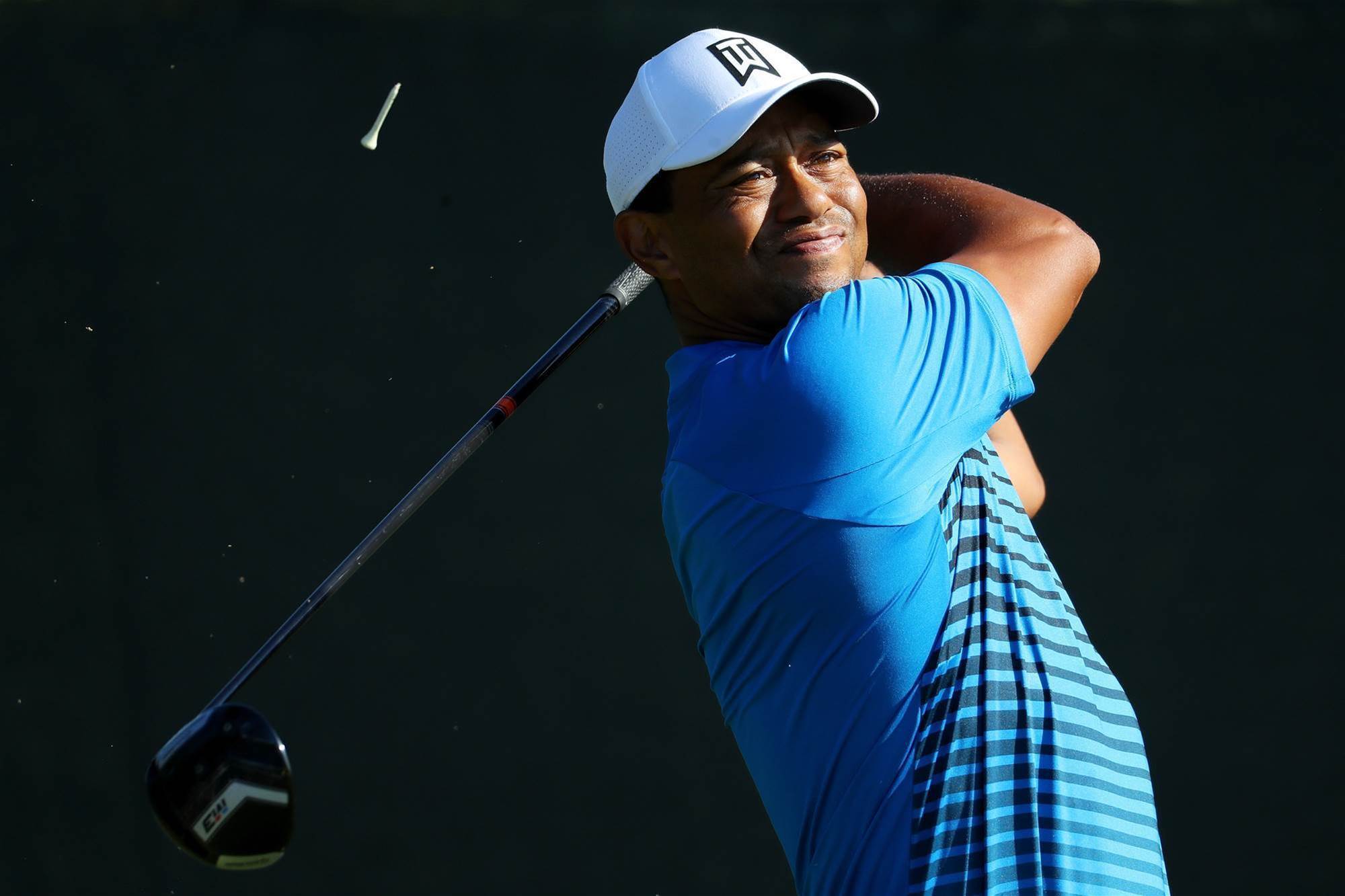 Woods plays his shot from the 4th tee during a practice round prior to the 2018 US Open. PHOTO: Warren Little/Getty Images.

Woods is confident of contending at Shinnecock, having shared the lead at various stages during the PGA Tour's Memorial tournament two weeks ago.

The 42-year-old ranked No.1 in the field at the Jack Nicklaus-hosted event in Ohio for strokes gained from tee to green, but an uncharacteristically poor performance with the putter cruelled his chances of a comeback victory.

"I have worked on it pretty hard this past week," Woods said of his putting.

"I just had to hit a lot of putts, put in the legwork. I was able to do that and my stroke feels good."

This week marks the 10-year anniversary of Woods' iconic US Open victory at Torrey Pines, his last win on golf's biggest stage.

"I have been there on a number of occasions (with a chance) to win a major championship since the '08 US Open, and I haven't done it," Woods said.

An injured Woods defeated Rocco Mediate following an 18-hole playoff and one extra sudden-death hole in 2008.

But in February, US Open organiser the USGA revealed it had ditched that format in favour of a two-hole aggregate.

"I understand it because everyone wants to see a result on Sunday," Woods said.

Foster revelling in Fitzpatrick (and his) first major win

No U.S. Open for Tiger, aiming for St. Andrews