Golf's newest major winner Gary Woodland remains so anonymous to the majority of fans he has found himself employed as Matt Kuchar's unofficial photographer in Portrush.

The veteran American – a staple of Ryder Cups over the last decade but yet to win one of golf's top events – attracted all the attention over breakfast on Monday with the reigning US Open champion going unnoticed and being asked to operate the camera phones.

Woodland is one of a group of golfers from the US who are, if you were being kind, much of a muchness in terms of their public profile and even after making his major breakthrough last month at Pebble Beach does not appear to have changed that much.

However, 35-year-old Woodland is not too concerned.

"Kuch and I went to breakfast yesterday and I took about 20 pictures for him. Nobody knew who I was. They all knew who he was," he said.

"He loved every second of that, I can tell you." 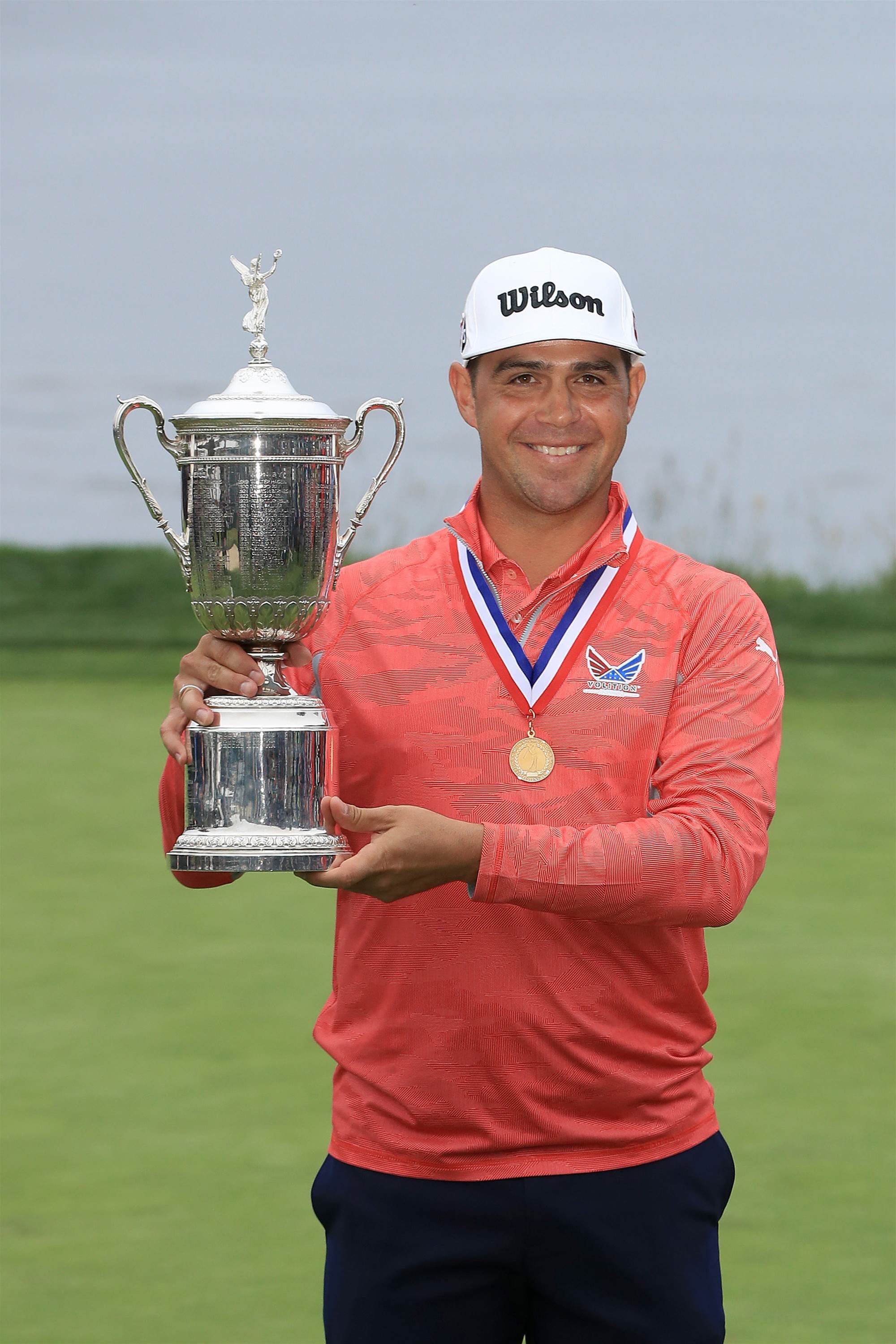 It could have been an embarrassing, awkward and soul destroying experience for Woodland – had he not been the man sleeping with an 18-inch-tall, sterling silver trophy on his bedside table.

RIGHT: Woodland has been sleeping with the US Open trophy on his bedside table. PHOTO: Andrew Redington/Getty Images.

"It's been very close to me for the last month: (on) the nightstand so I can see it," he added.

That means his wife Gabby, heavily pregnant with twins, has the joy of not only waking up to it but basically babysitting it 24 hours a day as she edges towards her due date in a couple of weeks by resting at home.

"It's right next to Gabby, she's on bed rest. I don't know if she's excited about that," admitted Florida-based Woodland, who said his wife had persuaded him to fly to Northern Ireland despite the chance labour could start at any moment.

"We sat down and we talked about it and she was the one pushing me to come. I'm pretty confident they're not going to come this week, but you never know.

"I'm hoping that's the case. Next week Memphis is only an hour away from home. I can get home pretty easily.

"It would be a little tough if they came right now, I'm not going to be able to get home, but she's hanging in there."