In the stifling midday heat on Queensland's Gold Coast, the smile said it all. There have been reasons too varied to mention that could excuse Mike Weir from regularly flashing his pearly whites on the golf course these past few years.

On this occasion though, he couldn't help himself.

Tapping in for a par after an exquisite flop shot on the 18th green saw the 2003 Masters champion sign for a five-under 67 to complete his week at the Australian PGA Championship at eight-under, tied for 15th in an event co-sanctioned with the PGA Tour of Australasia and European Tour.

Smyth missed a short putt on the last that meant Weir finished ahead of the trio on the scoreboard, not that this was the catalyst for the split watermelon grin on the Canadian's face. It was clear he was just revelling in the position he was back in, with the competitive juices flowing, and on a Sunday no less. Golf on Sundays have been a rare event for Weir in recent times. 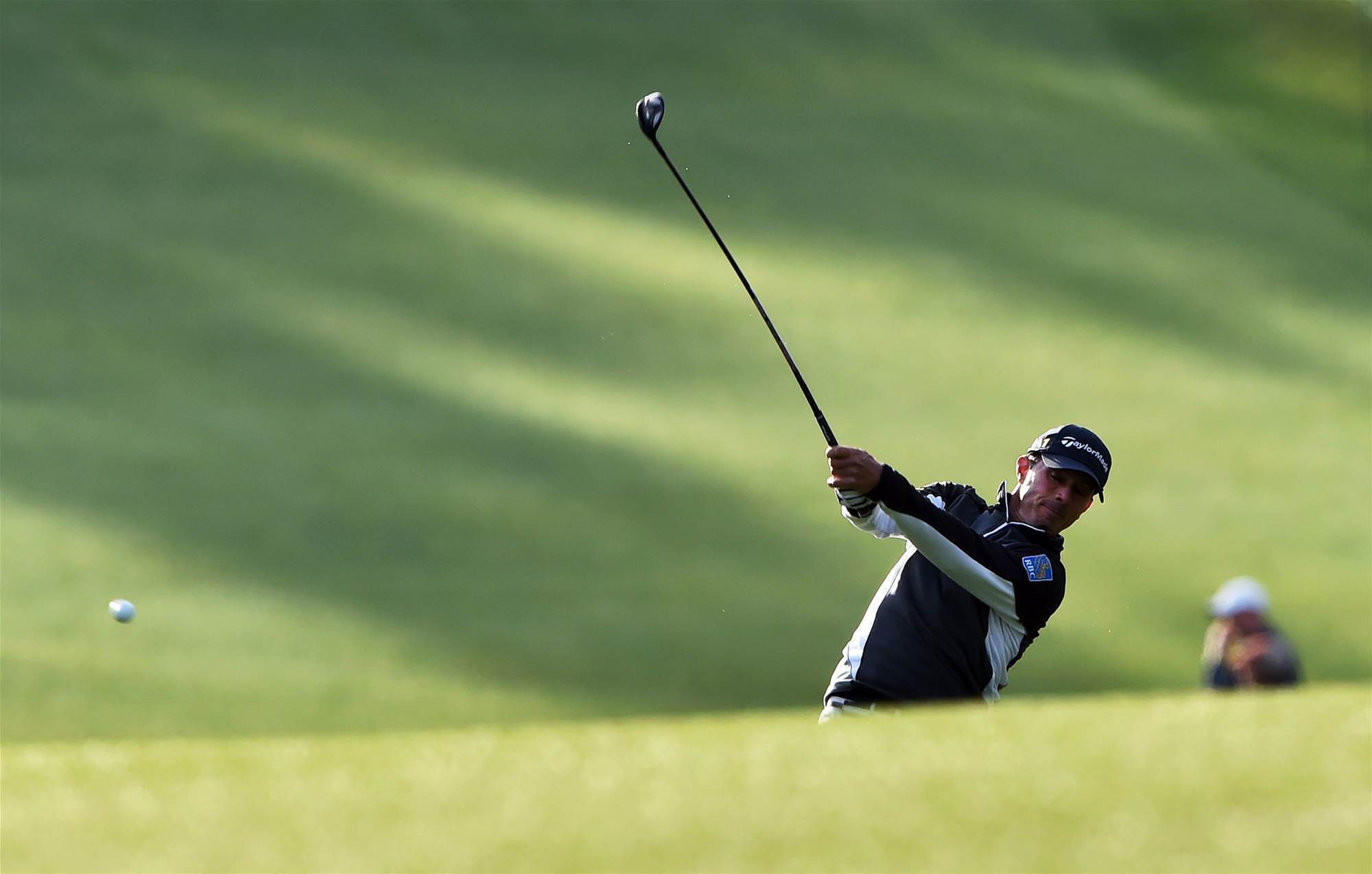 "I didn't want to make a bogey today. That was my goal," Weir said after the round. "I had a lot of chances early and didn't capitalise but I made a nice little run on the back side.

Looking back in time beyond all the injuries, poor form and off course issues to 2011 does not make for pleasant reading. He’s missed 71 cuts in 119 official events and made only six cuts in the past three years, leaving him plenty of gardening time back home in Utah. Fellow major champion Ian Baker-Finch, who Weir shared a social round with last week at the famed NSW Golf Club in Sydney, could sympathise after his own well documented travails.

"Before I came over here, I played an event at Pebble Beach for Taylor Made so this is three weeks in a row for me. This is what I've needed, to get some events in a row, to keep playing and get my game in form in competition." - Mike Weir

Slowly however, the tide appears to be turning and the PGA Tour of Australasia has played its part in his mini-revival.

Weir came down to the Fiji International in August to provide his 'name' to the event alongside fellow Masters Champions Vijay Singh and Angel Cabrera. A tie for 35th might have been viewed indifferently in his heyday but it was a result that held far more significance given his dim recent past.

And what a heyday Weir has enjoyed in a lengthy and prolific career, highlighted of course by his Masters title, where he became just the second left-hander to win a major championship and the first Canadian.

Celebrating 25 years as a professional this year, the 47-year old has more to his resume than most of those watching him walk up the final hole on the Gold Coast would imagine. His eight PGA Tour titles include The Masters, a World Golf Championship and the Tour Championship; then there are the six World Cup appearances for Canada and five for the Internationals in the Presidents Cup. 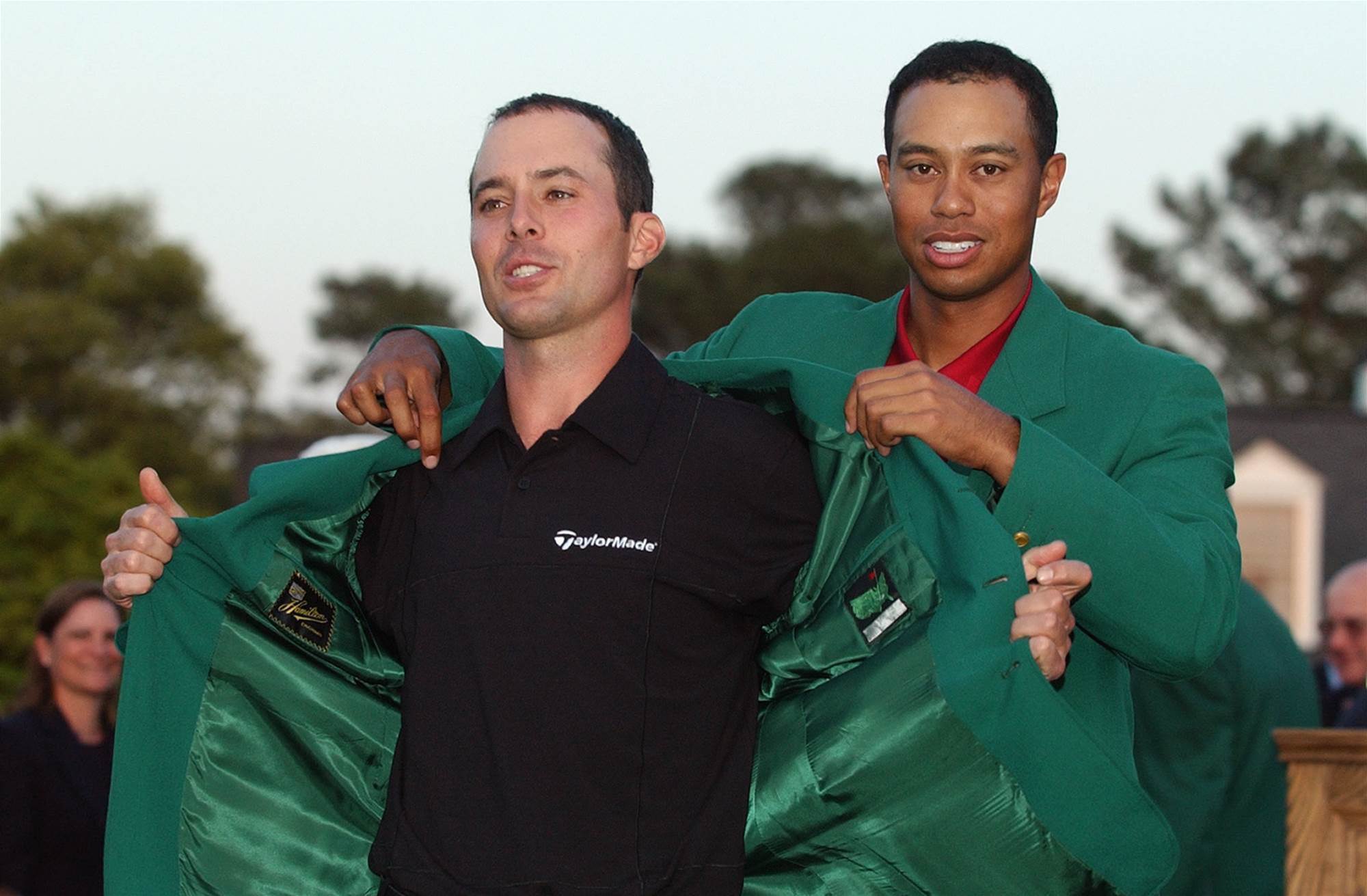 Weir accepts his Masters green jacket from Tiger Woods, who also found some form this past weekend. PHOTO: Getty Images.

Along with Geoff Ogilvy, Ernie Els and Tony Johnstone, Weir was one of Nick Price's Captains Assistants at the recent staging of the Presidents Cup in New Jersey.

Returning to playing action at the Emirates Australian Open in November, Weir struggled in the high winds on the opening day (77) to play himself out of the reckoning early in the piece. A two-under 69 in the second round was another glimmer of light and despite missing the cut, he headed north to the PGA Championship on the Gold Coast in high spirits.

"The wind was very tough on Thursday afternoon. I didn't play the best either but it was a tough day, then the next day was better,” he said.

The high finish at the PGA will most likely earn Weir his first Official World Ranking Points since the 2014 CIMB Classic in Malaysia where he finished T21. He left the Gold Coast earlier today with his new ranking sitting at No.1925.

Still, while most of the younger fans wouldn't automatically recognise the man let alone acknowledge his incredible playing record, his presence was not lost on the players these past two weeks. Weir answered hundreds of questions, signed plenty of autographs and posed for many a selfie with his playing partners during his time in Australia.

Following their round at Royal Pines, Haller brought his wife and three boys into the scoring area for a family snap with Weir, proudly pointing out that his youngest son is also a leftie.

With Tiger Woods making a successful return to action in The Bahamas this week, Weir's PGA performance is unlikely to raise more than a flicker of attention in the eyes of golf fans and media, not that Weir would likely trade places with the man who presented him with the Green Jacket in the Butler Cabin. Tied 15th place in an official event, on a golf course you haven't seen before, having first navigated a 36-hole cut, brings with it a considerable degree of professional satisfaction in the circumstances.

"My game's sharp and starting to get sharper. I just haven't been playing much so it's good to play," said Weir of his two-week Aussie tour.

"Before I came over here, I played an event at Pebble Beach for Taylor Made so this is three weeks in a row for me. This is what I've needed, to get some events in a row, to keep playing and get my game in form in competition. And I proved it, I kept getting better every day.

"I kinda wish I could keep going right now, for sure. I'm playing in South Africa the second week of January so I'll go home and enjoy the holidays for a month and get back at it."