South Korean Inbee Park will begin the final round of the Women’s Australian Open three shots clear of her 19-year-old compatriot Ayean Cho.

The seven-time major winner – who is searching for her first Tour victory since March, 2018 – mixed seven birdies with two bogies at Royal Adelaide this afternoon, carding an impressive five-under 68.

“Obviously having a little bit of a cushion is always a big help coming into the final round," said Park, whose rounds of 67, 69 and 68 have her at 15 under for the championship.

"Everybody is playing under a little bit of pressure, so hopefully that cushion really helps.

“When I saw this golf course for the first time in the practice round, I fell in love with it. The golf course is in pristine condition and I just love the set up and I love the golf course right now.”

Cho, meanwhile, is looking to earn full-time playing rights on the US circuit and would do so by lifting the Patricia Bridges Bowl on Sunday evening.

The 19-year-old will play in the final pairing for the second straight week, having led the Vic Open through 54 holes at 13th Beach last week. She has an opportunity to rectify the bogey-riddled, nine-over par round that ensued.

"I think I was in a rush in some situation that my shots were not good. So, I will not try to rush in many moment and I will do step by step for any shots," Cho said of her final round at Barwon Heads. 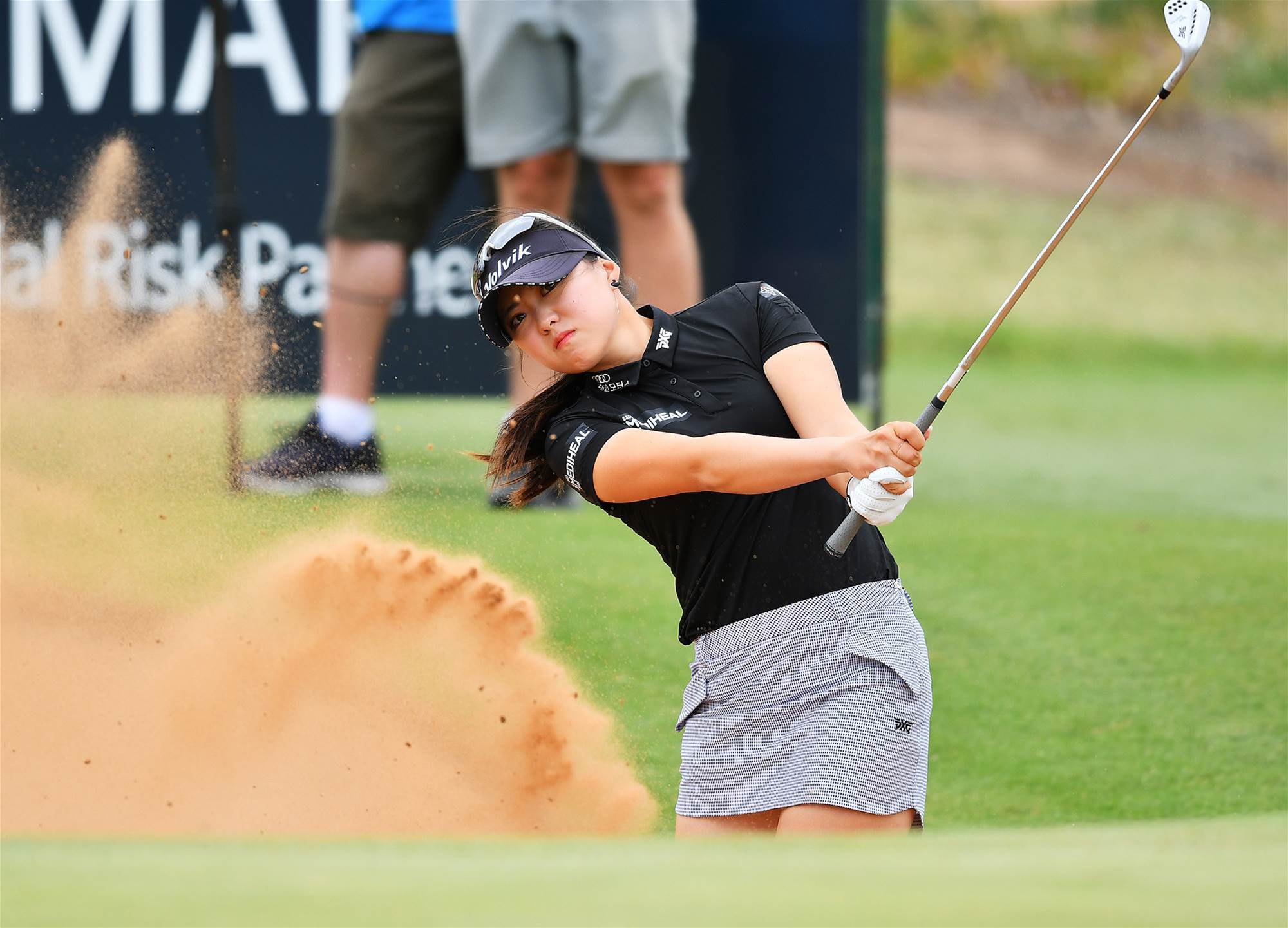 Ayean Cho will play alongside Inbee Park in the final round of the Women's Australian Open. PHOTO: Mark Brake/Getty Images.

Trailing the South Korean duo is World No.33 Marina Alex.

The 29-year-old American will play alongside Frenchwoman Perrine Delacour – whose six-under 67 was the round of the day – in the penultimate pairing tomorrow.

“It’s Inbee … She’s one of the greatest to ever play in the women’s game – in any of the game at all actually – so it’ll be tough (to catch her),” Alex said.

“I’ve got to keep a good attitude for sure. One thing at a time … She’s going to probably play well, so I’ve got to play well too.”

Hannah Green is the best-placed Australian heading into the final round – but the Perth product, who signed for one-under 72 today, will begin eight shots behind the leading Park.