United States Golf Association chief Mike Davis has suggested the use of “variable distance” golf balls as a solution to one of golf’s burning issues; the distances hit by modern professional golfers.

Speaking at the North American Golf Innovation Symposium, Davis said he supported the idea of ‘variable distance’ golf balls, which would fly a fraction the distance of current golf balls. The 52-year-old used World No.1 Dustin Johnson to illustrate the concept. “What happens if all of a sudden I want to play with Dustin Johnson and say, ‘Dustin, here's an 80 percent golf ball, I'm going to use a 100 percent golf ball and we're going to play the same tees’. It sounds radical, but it might not,” Davis said.

The USGA and R&A released a report last month that described distance gains on seven professional tours since 2003 as ‘negligible’. But these balls, in theory, would minimise the need to alter or redesign iconic courses – like Augusta National – to accommodate for today’s equipment and players. 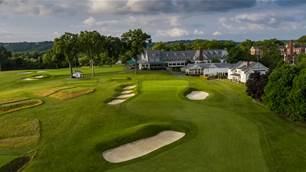