Erik van Rooyen has claimed his first PGA Tour title with victory at the only event on the season calendar that uses the modified Stableford scoring system.

Van Rooyen, the 31-year-old former University of Minnesota player from South Africa, eagled the par-4 8th and closed with a birdie on the par-4 18th for a five-point victory over Andrew Putnam at Tahoe Mountain Club's Old Greenwood Course in California.

Players receive eight points for an albatross, five for eagle, two for birdie and zero for par.

A point is subtracted for a bogey, and three points are taken away for a double bogey or worse.

Van Rooyen had a 16-point final round, carding an eagle, six birdies and a bogey to seal a total of 50 points from 72 holes.

This was van Rooyen’s third worldwide victory but he says to win on the PGA Tour is a dream come true. 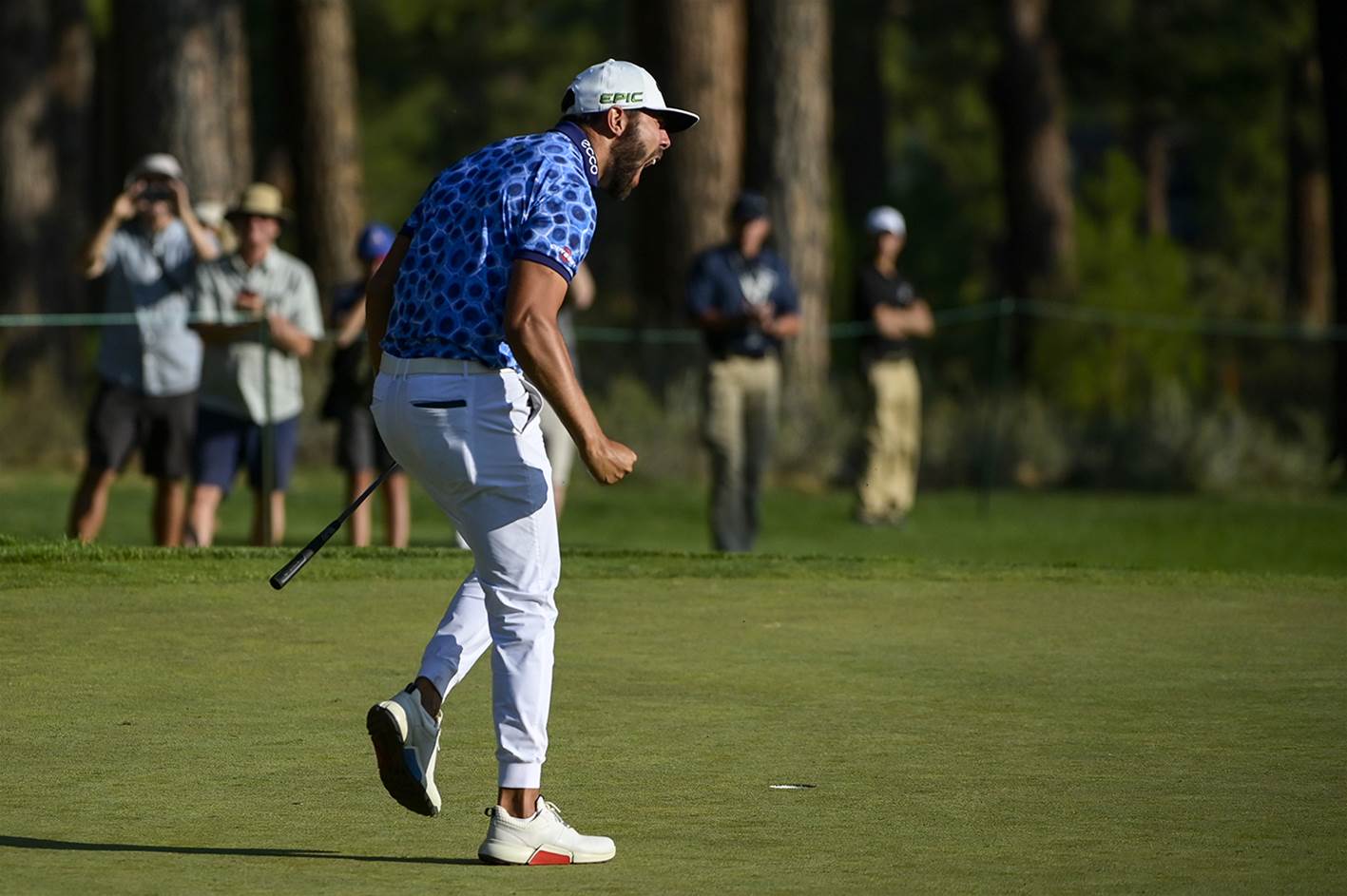 “It's everybody's dream to play here. And if you look at my career … started out in South Africa, won there. Won on Challenge Tour Europe. And now here, I'm over the moon,” van Rooyen said.

Putnam scored 11 points on the first four holes with an eagle on the par-5 second and three birdies, then had two birdies and a bogey on the final 14 holes.

He won the 2018 event for his lone PGA Tour title.

Scott Piercy was third with 44 points after an 11-point final day.

Third-round leader Adam Schenk had a five-point round to finish with 43 in fourth while Brandon Hagy rounded out the top five, storming up the leaderboard with 18 points on Sunday.

Aaron Baddeley had six points in his closing round to sit in a share of 23rd as the leading Australian with 30 points.

Van Rooyen jumped from 139th to 78th in the FedExCup standings, with the top 125 after the Wyndham Championship next week earning spots in the play-off opener at Liberty National.

He earned a spot in the PGA Championship next year but not the Masters because the event is being played opposite the World Golf Championships-FedEx St. Jude Invitational in Memphis, Tennessee.

Van Rooyen became the 10th first-time winner on Tour this season, about two hours after Abraham Ancer won his maiden title at the WGC tournament in Memphis.