The United States Golf Association (USGA) today announced that the United States media rights for its championships have been transferred to NBCUniversal (NBCU), effective immediately.

With the COVID-19 pandemic leading to the shift in dates for the US Open from June to September, finding the necessary broadcast hours presented a challenge for FOX Sports, given its commitments to the National Football League, Major League Baseball and college football. What started as an exploration of how FOX Sports and NBC/Golf Channel could work together this unique year led to a broader conversation and eventual agreement for NBCU to take over the USGA media rights.

“We are thrilled to acquire the remainder of FOX Sports’ USGA agreement, and will carry the designated USGA events, including the US Open, through 2026.” – Pete Bevacqua

“We are thrilled to acquire the remainder of FOX Sports’ USGA agreement, and will carry the designated USGA events, including the US Open, through 2026,” said Pete Bevacqua, president of NBC Sports Group. “Adding these prestigious USGA events to our already incredibly deep golf business, led by our long-term PGA Tour partnership, as well as The Open Championship and the Ryder Cup, positions us as absolute leaders in the golf space. This deal is advantageous for all parties, including NBC Sports, Golf Channel, Peacock and the USGA, but also FOX Sports, and we thank them for working with us to complete this transaction. It further solidifies our platforms as the destination for golf viewers and enthusiasts, with NBC, Golf Channel, GOLFNow and GOLFPASS.”

“Partnering with NBCUniversal, including Golf Channel, gives us an unparalleled opportunity to connect and engage with the core golf audience more directly and routinely, and as a non-profit, to continue to have a significant and lasting impact on the game,” said Mike Davis, CEO of the USGA.

While the details are confidential, the term of the agreement between NBCUniversal and the USGA will be the same as the previous agreement with FOX Sports,  carrying through December 31, 2026, and the financial remuneration for the USGA will remain the same for the duration of the agreement. This allows the USGA, as a non-profit, to continue to fulfil its mission to champion and advance the game of golf, which includes conducting 14 annual Open and Amateur championships, serving golfers and golf courses and providing pathways into the game.

Starting in 2021, when the USGA’s full championship schedule will be played, the agreement with NBCU will allow the USGA to continue the uninterrupted coverage it provides to television fans thanks to its longstanding partnership with Rolex. In 2021, that means eight of the USGA’s televised championships will be completely uninterrupted, including the US Women’s Open and the Walker Cup. For the US Open, thanks again to Rolex, NBCU will continue the tradition of showing the last hour of the final round uninterrupted.

“In addition to moving our media rights to NBCUniversal, we are also excited by the opportunities that will come from extensive coverage on NBC’s Peacock platform,” said Davis. “We have implemented a defined strategy to build our digital offerings over the last six years and have achieved significant success. The reach and engagement of our championships will only increase through the NBCUniversal family, including their commitment to bring their “Live From” program to the US Women’s Open beginning in 2021 and to cover Golf’s Longest Day linked to US Open qualifying.”

“Partnering with NBCUniversal, including Golf Channel, gives us an unparalleled opportunity to connect and engage with the core golf audience more directly and routinely.” – Mike Davis

Heralded as a landmark partnership between FOX Sports and the USGA in 2013, the network first began broadcasting USGA championships in the 2015 season. At the time, the network made its first foray into golf under the talented leadership of Mark Loomis, executive producer of USGA on FOX. Loomis developed a top-notch team of on-air talent and production professionals. This group not only brought to life the annual US Open broadcast, but also the seven other USGA championships it aired each season.

“FOX Sports has cherished its time as home to the USGA championships for the past six years. This is a relationship and partnership that has been second to none,” said Eric Shanks, CEO and executive producer of FOX Sports. “Recent events calling for the shift of the US Open created scheduling challenges that were difficult to overcome. While we are proud of the success we’ve built over these years, this is a win for golf fans everywhere, a win for the USGA and a win for FOX and NBC Sports.”

“We have genuinely appreciated the partnership that we have had with FOX Sports over the last six years and are grateful for their steadfast efforts to produce world-class events,” said Davis. “FOX brought significant innovation to golf broadcasting by elevating technology and enhancing the fan experience.” 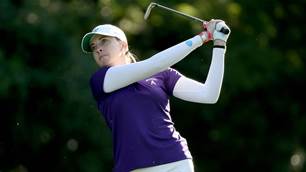 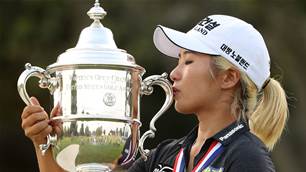 U.S Women’s Open to be conducted without spectators