Gabriela Ruffels trailed in all five of her matches in the 120th US Women’s Amateur, but each time she found a way to come out ahead when it mattered the most.

The defending champion delivered clutch shots throughout her two victories on Saturday, rallying to earn a berth in the championship match for the second consecutive year.

Ruffels, 20, of Victoria, will attempt to become the fifth player to win back-to-back titles since World War II. She will face 17-year-old Rose Zhang, of Irvine, California, in Sunday’s final at Woodmont Country Club. Zhang, the youngest Women’s Amateur finalist since Eun Jeong Seong in 2016, led from start to finish in her 2-and-1 semi-final victory over Alyaa Abdulghany.

Unlike Zhang, Ruffels never led in her quarterfinal match against Emilia Migliaccio until she drained a 10-foot birdie putt on the 18th hole to win, 1 up. She fell 2 down after bogeying both of the par 5s on the outward nine, but won the ninth and 10th holes with pars to square the match. After a bogey on the 15th, Ruffels sank an 18-foot birdie putt on the par-3 16th to tie it again. 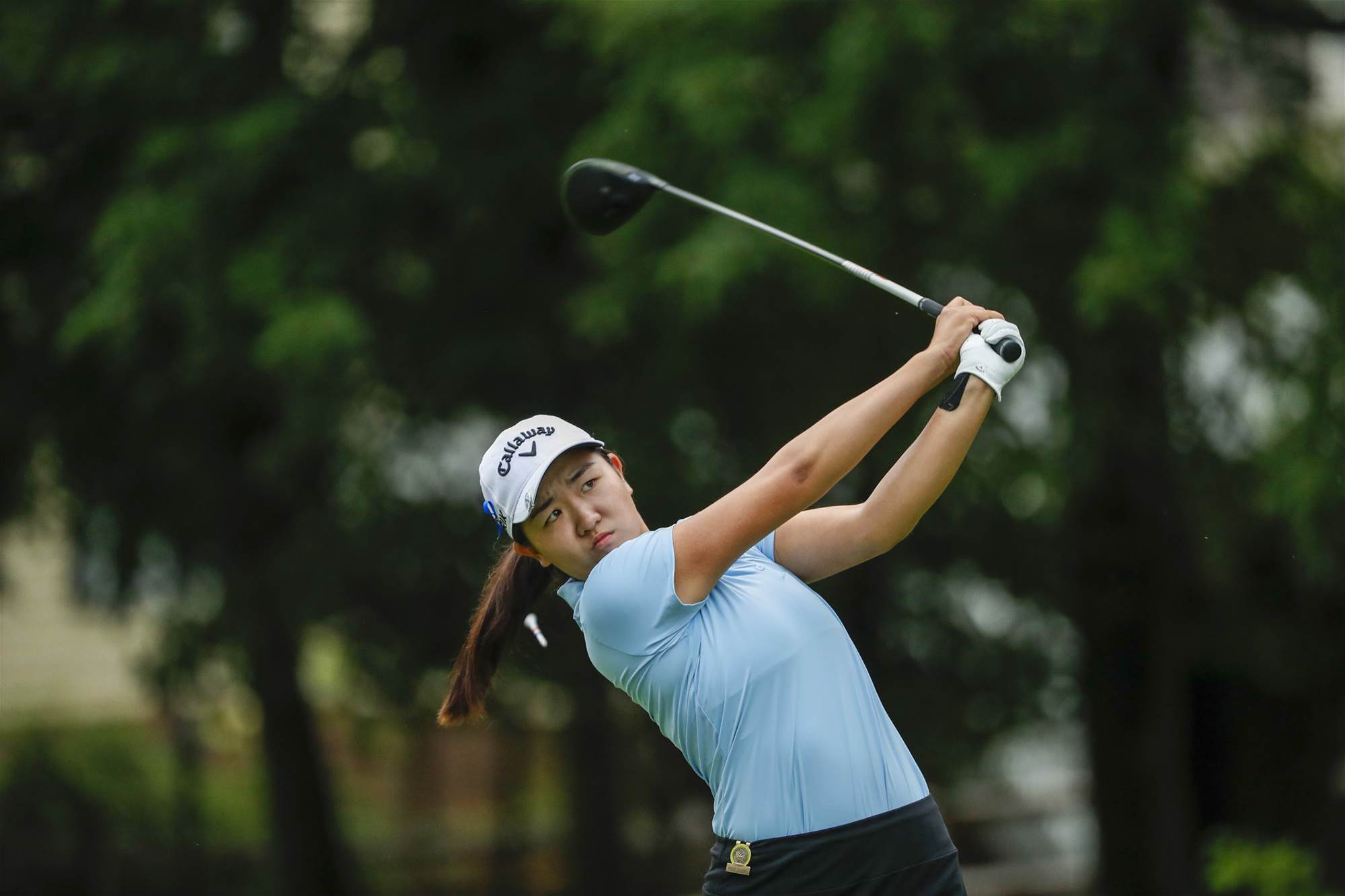 Still even on the 18th, and with Migliaccio on right side of the green about 35 feet away, Ruffels took advantage of a well-placed drive and took aim directly at the flag. She seized the moment, hitting what she called her most memorable shot of the championship – an 8-iron from 144 yards – setting up the winning birdie.

“That match was super-close on the back nine,” said Ruffels, a senior at USC. “I thought she made hers on No. 18, but I was really happy to move on. That was a huge relief.”

In the afternoon against Valery Plata, the highest-remaining seed in the championship, Ruffels lost the third and fifth holes again, but quickly rebounded with a 20-foot birdie putt on the par-3 sixth. After taking the lead with a par on the eighth, Ruffels sank a downhill, right-to-left 40-foot birdie putt on the 13th to go 2 up. When Plata left her 15-foot birdie effort short on the 17th, Ruffels was headed to the championship match for the second consecutive year.

“Winning the U.S. Women’s Amateur for the second time would mean everything,” said Ruffels. “I know the list of names that have won it twice and I’d love to join them. It’s the biggest tournament in women’s amateur golf and it would be an honour.”

In the other semi-final, Zhang and Abdulghany combined for 10 birdies in a battle of two players with ties to Southern California. Zhang, of Irvine, struck first, with birdies on Nos. 1 and 3 to take an early 2-up lead. After Abdulghany, a senior at USC, cut the lead in half with an 18-foot birdie on the sixth, Zhang responded with birdie putts on Nos. 7 and 8, to push the lead back to 3 up.

“I was really feeling that birdie on No. 8,” said Zhang, the No. 9 player in the Women’s World Amateur Golf Rankings. “It was about a 40-footer and from then on, I just tried to keep the momentum going.”

Zhang seemed in control of the match until Abdulghany sank a 15-foot birdie on the 11th and stuck her approach to within 2 feet on the 12th to trim the deficit back to 1 down. But Abdulghany could not get any closer and when she hit her hybrid approach heavy into the penalty area on the 17th, the match was essentially over.

“I'm super satisfied with how far I've come since the U.S. Women's Amateur is such a prestigious event,” said Zhang, a quarterfinalist in the 2019 U.S. Girls’ Junior. “Making it this far makes me feel accomplished and assured that I can just keep playing my game and just keep striving to try to make birdies against my opponent.”