Sam Horsfield, who has played in 14 USGA championships, including three US Opens, has withdrawn from the 120th US Open Championship following a positive COVID-19 test.

Horsfield tested negative on a pre-arrival test taken last week and travelled to New York for the championship and immediately proceeded to US Open testing, where he received a positive result. He is asymptomatic and feeling well.

“Sam has had an excellent year on the European Tour, winning the UK series to earn a spot in this year’s US Open at Winged Foot, and we are disappointed to lose a player of his calibre from the field,” said John Bodenhamer, USGA senior managing director, Championships.

“Sam has a wonderful USGA pedigree and we look forward to watching him play in future US Open Championships.”

Horsfield, who competed in the 2015, 2016 and 2019 US Opens, will be replaced in the field by Rory Sabbatini, a 44-year-old professional from Slovakia, the first alternate as determined by the Official World Golf Ranking as of Aug. 23, 2020.

“We are disappointed to lose a player of his calibre from the field.” – John Bodenhamer

Horsfield, 24, won two of the five UK Swing Tournaments on the European Tour this season. He recorded victories at the Hero Open (Aug. 2) and Celtic Classic (Aug. 16). Horsfield, who was a first-team All-American and All-Southeastern Conference selection at the University of Florida, has played in five different USGA championships, including four US Amateurs and three US Junior Amateurs.

Sabbatini has won six PGA Tour events and was a member of the 2007 Presidents Cup International Team. He tied for second in the 2007 Masters. 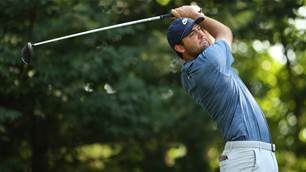 Scheffler tests positive for COVID-19, withdraws from US Open