The future of the Isuzu Queensland Open is dawning before our eyes.

Davidson, a dual winner of the Karrie Webb Scholarship, said she was pumped to challenge herself in her home state’s Open for the first time.

But she was even more enthused about the tournament’s direction.

“I’m always really excited to get the chance to play against the boys and challenge myself, especially for the state open, I think that’s fantastic,” the Gold Coaster said.

“And with what we’re hearing about what’s happening at Pelican Waters, it really seems like women will play an even more prominent part in the tournament in years ahead.”

WPGA Tour chief executive Karen Lunn said while the future format of female involvement was yet to be determined, all signs were positive.

“With these three young women confirming today, along with Steph Kyriacou and Sarah Wilson last week, I’m sure golf fans and the community more broadly can see that the future of the event moving forward will feature a strong female element." – WPGA Tour chief executive Karen Lunn

“With these three young women confirming today, along with Steph Kyriacou and Sarah Wilson last week, I’m sure golf fans and the community more broadly can see that the future of the event moving forward will feature a strong female element,” Lunn said.

“No matter what that format looks like, and I would suggest something along the lines of a Vic Open style event is the most likely scenario, it will be great to see a permanent female element of this storied championship.

“Like all the women on the WPGA Tour, we are blazing a path for what the future will hold for young girls getting involved with golf now and in years to come.”

The Isuzu Queensland Open field is taking shape for its return to the Sunshine Coast.

There are five past winners of the T.B. Hunter Cup also confirmed, including European Tour winner Andrew Dodt and former US PGA Tour player Michael Sim.

The 2021 Isuzu Queensland Open will be held at Pelican Waters Golf Club from 11-14 March. It is a key part of the 2020-21 ISPS Handa PGA Tour of Australasia calendar and the second last event on its Order of Merit this season. 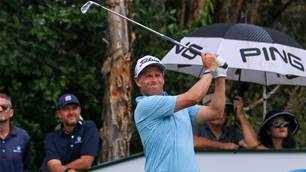 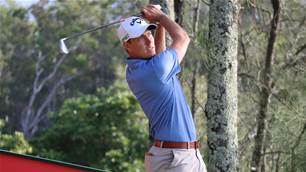