Matching or breaking the record for career major titles might just be a bridge too far for Tiger Woods, said his former mentor Mark O'Meara.

With 15 major championships, Woods is three short of the mark held by Jack Nicklaus, and at age 43 is battling 'Father Time' in his quest to catch the Golden Bear.

A decade ago it seemed a formality that Woods would overtake Nicklaus, but injuries and scandal were followed by a decade-long drought that only ended when he won the Masters in April.

"Do I think he's going to catch Jack's record?

"Personally, I don't, but I'd love to see it happen, love to see him win another major, get to 16. But three more majors, with the competition as stiff and as good as these players are, it's going to be very difficult," O'Meara said.

It was a fruitful relationship for both. Woods quickly learned the ropes, while O'Meara took his own game to another level, winning two majors at age 41, the 1998 Masters and Open Championship. He remains the oldest to have won two majors in the same year.

O'Meara, whose career overlapped with that of both Nicklaus and Woods, said the two had several traits in common, not least that they hit the ball further in their prime than pretty much all of their rivals.

These days, however, Woods is giving up distance to the likes of the world's three top-ranked players – Brooks Koepka, Rory McIlroy and Dustin Johnson.

“Three more majors, with the competition as stiff and as good as these players are, it's going to be very difficult.” – Mark O'Meara

"When Jack dominated the game, the qualities (he) had that made him the greatest player, having the most majors, he had the power, the mind and the heart and those are three elements that Tiger Woods has," said O'Meara, speaking at the 50-and-over SAS Championship last month.

"The length that Jack had was a big advantage. Now there are 40-50 guys who hit it past Tiger, so he doesn't have that advantage anymore. He's still powerful but everyone's powerful out there."

Only six players have won a major at a more advanced age than Woods – who turns 44 next month – will have reached during next year's major campaign.

O'Meara, while doubtful Woods can win three or four more majors, is not suggesting he cannot sneak another one or two if the stars align, pointing out that the way he won at Augusta National this year showed how dangerous he is when playing close to the lead.

Woods did not do anything particularly special in the final round, shooting a two-under-par 70, but nor did he make any big mistakes.

He hung around and waited for his foes to fall on their own swords, which Koepka, Francesco Molinari and Tony Finau all did by finding water with their tee shots at the par-3 12th and running up double bogies.

"If he gets his nose out front he's got the experience to usually get the deal done," said O'Meara, who has played his final major, but plans to return to Augusta every year as long as he can for the Champions Dinner, a night when he will always be able to catch up with Woods. 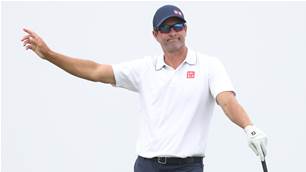 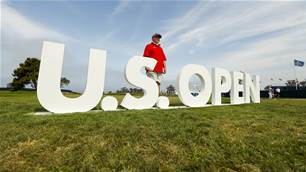