Thriston Lawrence, Zander Lombard and Ashley Chesters have secured their places in The 150th Open at St Andrews after qualifying through the Joburg Open.

The event was initially cut to 54 holes yesterday to allow non-South African resident players to return home after the emergence of a new COVID-19 variant in the country.

Inclement weather then forced play to be suspended earlier today and with large parts of the Firethorn Course at Randpark deemed unplayable, a final result after 36 holes was declared on Saturday afternoon.

It meant that Lawrence was confirmed as the winner of the Joburg Open after finishing the second round four shots ahead of Lombard on a 12-under-par total of 130.

“The opportunity to play in The 150th Open at the home of golf, you can’t dream of bigger things like that.” - Zander Lombard.

Chesters finished tied for third place alongside Shaun Norris on a seven-under-par total of 135. The Englishman earned his spot at St Andrews thanks to the South African already being exempt.

“It’s a lifelong dream that’s come true. I’ve never played in a major before and to play your first one at St Andrews is unbelievable. I can’t wait, I’m so excited. From a young age, it was a goal of mine and it’s unbelievable to achieve it,” Lawrence said after winning the first event of the newly named DP World Tour.

Lombard has more experience at the venue and in major championships having played The Open three times already.

“The opportunity to play in The 150th Open at the home of golf, you can’t dream of bigger things like that,” Lombard said. “Hopefully I’ll go and compete and do well in The Open. St Andrews is a course that I’ve played well at and so there are going to be a lot of good feelings going into the championship in July.”

For his part, the oldest major in the game at the ‘Home of Golf’ is nothing new for Chesters. But the Englishman will be hoping for an improved performance next year.

“It’s going to be very exciting to play in The 150th Open. I played at St Andrews as an amateur in 2015 and I did quite well that year, which was really nice, but I did say at the time that it would be good to go back there as a professional so I’m really happy and excited,” Chesters said. “I know the course very well so hopefully that will give me a chance come July.” 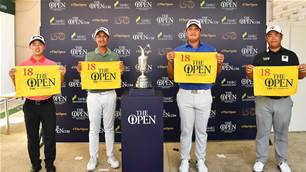 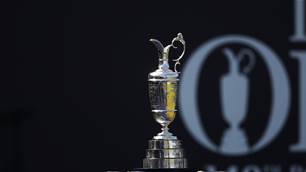