After a year in the U.S. caused by the pandemic, the ZOZO Championship returns to its original home at the Accordia Golf Narashino Country Club an hour east of Tokyo.

There will be 5,000 fans per day allowed into the course to watch proceedings but don’t expect a raucous crowd; cheering has been banned due to the pandemic and spectators have been asked to show their appreciation of good shots only by clapping.

DEFENDING CHAMPION: Reigning FedExCup champion Patrick Cantlay took home the title in 2020 at Sherwood Country Club in California after the Covid pandemic caused a one year shift from Japan. Cantlay defeated Justin Thomas and Jon Rahm by one shot but won't tee it up this week. COURSE: The Accordia Golf Narashino course has hosted some big events over the years and counts two giants of the game – Tiger Woods and Seve Ballesteros – as winners.

RIGHT: After winning in California in 2020, Patrick Cantlay hasn't made the trip to defend his title. PHOTO: Ezra Shaw/Getty Images.

Woods famously captured his 82nd Tour victory here in 2019, matching the record of Sam Snead, while Ballesteros’ 1977 Japan Open win was followed with the Dunlop Phoenix title the very next week.

From 1974 to 1997 the course also hosted the Suntory Open and winners in that time included Jumbo Ozaki, Graham Marsh (twice), Larry Nelson and Bill Rogers (twice).

One of the more interesting features of the course is its 36 greens across the 18 holes.

In the time before hybrid grasses were developed to deal with extreme weather variations, it wasn’t uncommon for courses in Japan to have a ‘summer’ and ‘winter’ green on each hole.

Most have since done away with the concept but at Accordia it remains and, if history is a guide, it may well come into play during the tournament.

In 2019 Tour officials used both greens at the par-4 fourth hole (on different days) and they may choose to do so again this week.

At just over 6,400 metres the course is average length for a modern field, Tiger’s winning score of 19-under in 2019 likely around the mark again this year.

45 of the 78 players in the field finished in red figures two years ago so while good scoring is possible it does require sharp play. Coming at an awkward time in the schedule and being on the other side of the world hasn’t helped the field strength for this year’s event.

World No.3 Collin Morikawa will be the highest ranked player in Japan after both Jon Rahm and Dustin Johnson elected not to play. Just three of the world’s top-20 are teeing up.

Reigning Masters champion HIDEKI MATSUYAMA is one of those three and after finishing runner-up here in 2019 will take some confidence into the week.

The pressure on Matsuyama to perform in front of a home crowd will be immense and while he was less than his best last week in Las Vegas expect him to lift, as he did at the Olympics when forcing his way into the bronze medal play-off.

While Matsuyama will be the local favourite last week’s runner-up Morikawa will attract plenty of attention and a second round 64 here in 2019 says he has the game to contend.

It’s no fluke the young American is the third ranked player in the world and his game seems to improve by small increments each week.

Away from the international spotlight and unlikely to get much attention are two local players of particular interest.

Former World No.1 amateur Takumi Kanaya (now a professional with three Japan Tour wins to his name) and current World No.1 Keita Nakajima are both in the field.

Kanaya earns a start based on his Japan Tour money list position while Nakajima received a sponsor’s invite, but both are potential superstars in the making and their play this week will be of great interest.

72-HOLE RECORD: Tiger Woods’ memorable 2019 win at the inaugural event set the aggregate scoring record, while Cantlay set the score in relation to par when reaching 23-under in 2020.

AUSTRALIANS IN THE FIELD: Matt Jones. 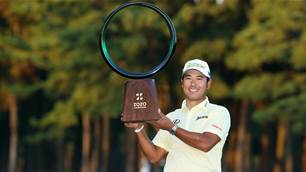 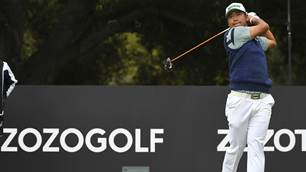