The PGA Tour of Australasia remains at Moonah Links this week for the return of the Moonah Links PGA Classic, which was last played in 2010.

DEFENDING CHAMPION: Jim Herman was the most recent winner of this event, shooting 11-under-par 277 to defeat his American compatriot Chris Kirk in extra holes.

COURSE: The Open Course at Moonah Links opened in 2001, was designed by Peter Thomson, Ross Perrett and Mike Wolveridge and was built to host the Australian Open, which it did in 2003 and 2005. The par-72 layout is littered with pot bunkers and will this week play to 6,829 metres.

Quayle, currently 317th in the Official World Golf Ranking, captured his maiden professional victory at the Queensland Open in February, 2020. But he was unable to capitalise on his good form due to the effects of the coronavirus pandemic. There’s no doubting the 26-year-old’s immense talent, so don’t be surprised if he’s contending once again this week, especially now that he’s found some form.

RIGHT: Quayle will be one of the players to keep an eye on at Moonah Links this week. PHOTO: Quinn Rooney/Getty Images.

New South Welshman Blake Windred impressed last week and found himself in the lead with five holes to play, before slipping back to fourth place.

The 23-year-old – who turned professional in October, 2019 – has started 2021 with a bang, finishing T12 in Gippsland and T24 at TPS Victoria prior to his top-five here last week.

Windred certainly has the ability to go low. The challenge for him – after last week’s efforts – will be whether he can remain composed come the back nine during the final round on Friday. 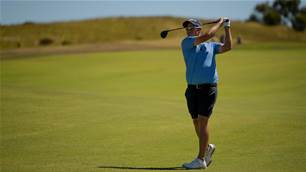 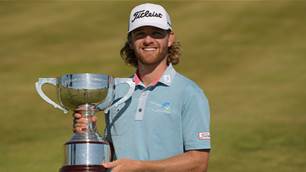