The conclusion of the wraparound 2020/21 PGA Tour of Australasia season is upon us, as the NSW Open takes place at Concord Golf Club. From the course, players to watch and how to watch the event, here is all you need to know.

DEFENDING CHAMPION: Victorian Josh Younger took home the Kel Nagle Cup in 2019 (the 2020 event was postponed due to COVID-19) after defeating Travis Smyth in a playoff.

Younger made birdie at Twin Creeks’ final hole to claim his maiden win on Tour after more than 10 years as a professional and multiple close calls.

COURSE: A regular host of some of the biggest tournaments in the country in the past, Concord Golf Club in Sydney welcomes the NSW Open this week, marking the first time a Tom Doak-designed course will host a 72-hole event in Australia.

Concord moved to its current site in 1907 when Dan Soutar created the original routing, with Doak and his Renaissance Golf Design team the latest architects to take charge of the property in 2017.

Ranked No.32 in Australia in 2020, the new Concord is a strategic challenge, with undulating putting surfaces and bunkering forming much of the challenge. The recent heavy rains in NSW are set to add to the difficulty and perhaps enhance the chances of the longer hitters in the field.

It is fair to say that much of the field won’t be too familiar with the new Concord, even less so due to the course remaining closed until Wednesday at the earliest, and despite falling into that category Anthony Quayle should still be considered among the main chances.

Quayle was T5th at the recent QLD Open, his second top-10 of the year, and owns a game that should be well suited to the damp conditions and strategy required at Concord.

Possessing plenty of length off the tee, Quayle’s ball-striking will be the key this week, as missing Doak’s perched up greens can spell instant disaster.

After missing the cut in his first four-round event in almost 12 months, Travis Smyth has clearly found something in his game and will be keen to take advantage of his recent good form and add a second PGA Tour of Australasia win to his resume. 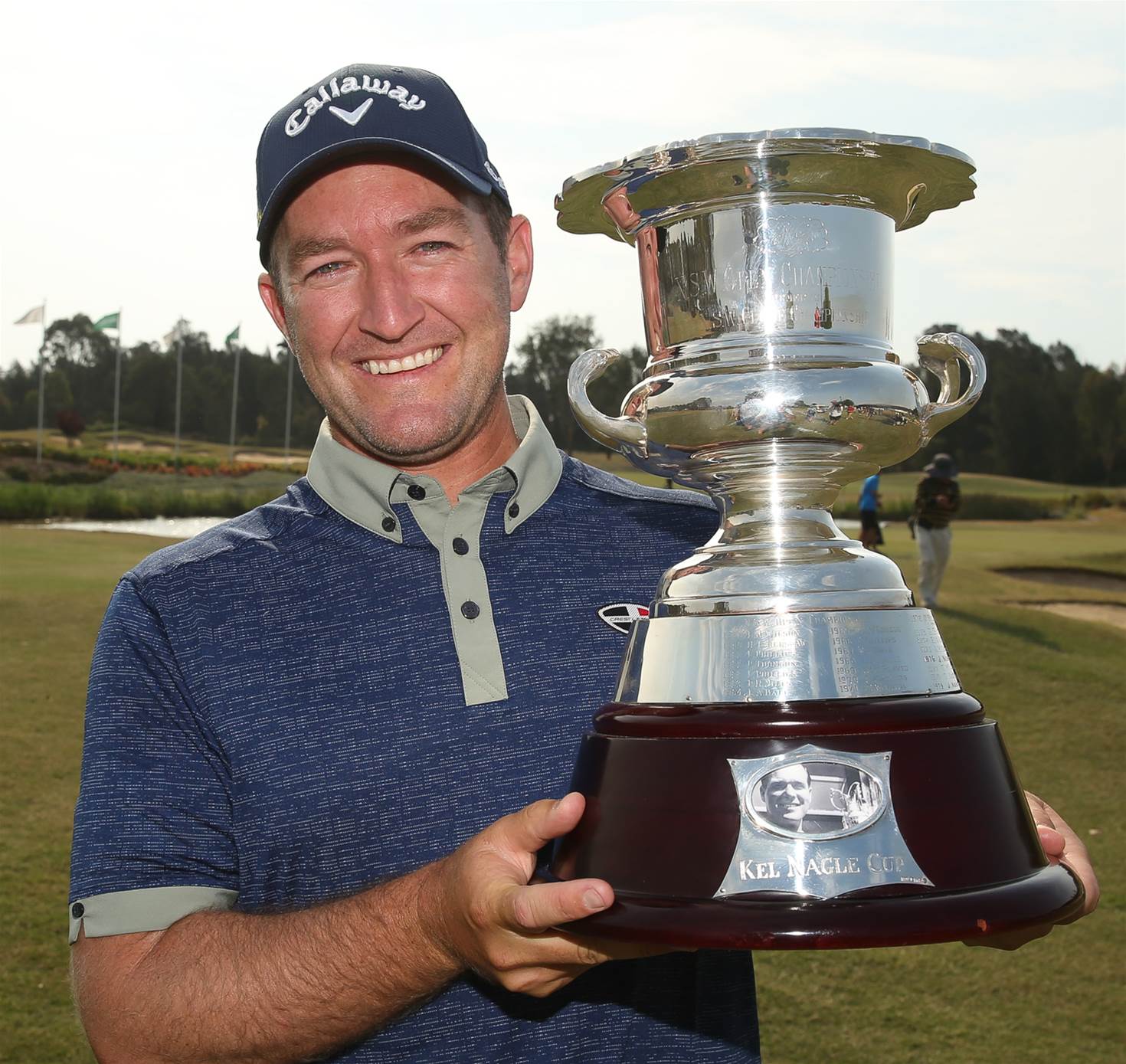 Smyth followed top-10s at Moonah Links and Bonnie Doon with a share of 12th in Queensland and told Golf Australia magazine recently that his putting has been the difference since returning to Australia, coupled with a move to lengthen his short irons to assist with a back injury and his posture.

RIGHT: Josh Younger took the NSW Open crown when it was last played in 2019 at Twin Creeks. PHOTO: Golf NSW.

Smyth was also the runner-up the last time his state Open was played and as a proud New South Welshman would love nothing more than to add his name to the Kel Nagle Cup.

The Victorian former British Amateur champion has finished 4th, T4th, T16th, 1st, T16th and T2nd across the truncated summer of golf in Australia, with his share of runner-up honours at the QLD Open potentially much better had it not been for an opening round of 72.

Macpherson’s recent form can be traced to his work with former Tour player turned coach Bradley Hughes, and the outside-the-box thinking 30-year-old should enjoy the challenge that is Concord Golf Club this week.

72-HOLE RECORD: West Australian Jason Scrivener set the scoring record in 2017 when he found his best golf on the weekend to reach 24-under (264) at Twin Creeks to defeat Lucas Herbert by six.