THE European Tour’s flagship event – the BMW PGA Championship – returns to its Wentworth Club headquarters, with a host of big names ready to tee up. Here is all you need to know, including the Aussies teeing it up and TV times.

DEFENDING CHAMPION: England’s Tyrrell Hatton fired a final round 67 to reach 19 under (269) to defeat Frenchman Victor Perez by four strokes. Tyrrell Hatton with the trophy in 2020. PHOTO: Getty Images.

COURSE: The West Course at Wentworth Club was originally designed by Harry Colt and opened for play in 1926. The course was redesigned by Ernie Els at different stages over a 12-year period starting in 2005. Holes were lengthened and more than 30 bunkers were added to the layout. 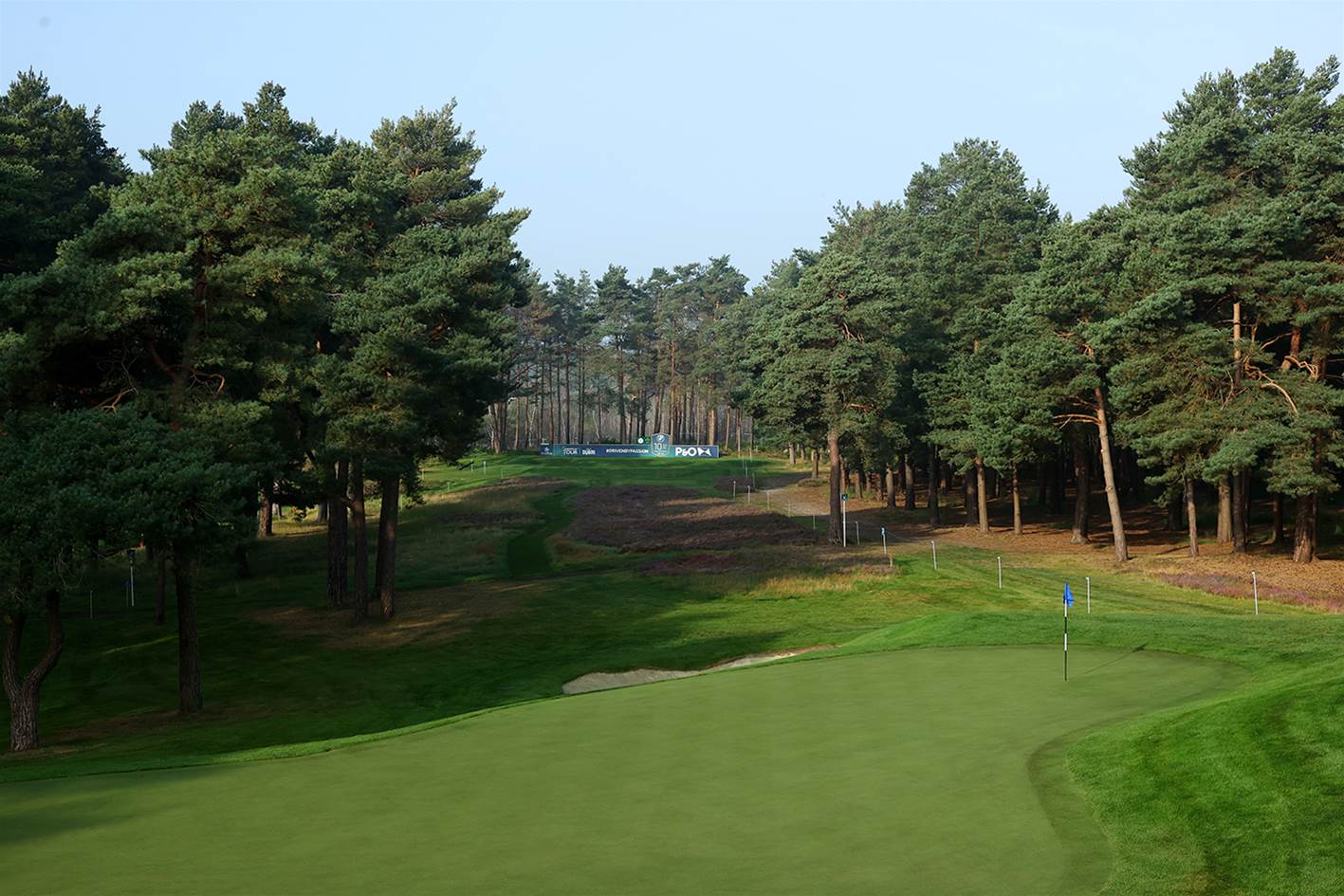 The West Course at Wentworth underwent an Ernie Els redesign, which was completed four years ago. PHOTO: Getty Images.

PLAYERS TO WATCH: World No.17 Tyrrell Hatton returns to defend his title alongside a host of home hopefuls aiming to make it three English victories in a row at Wentworth.

Hatton will be joined by his fellow Ryder Cup winning teammates Tommy Fleetwood and Justin Rose, as well as the 2020 Race to Dubai Champion Lee Westwood and Ryder Cup legend Ian Poulter.

All will be looking to impress in this final counting event for qualification to Pádraig Harrington’s European Ryder Cup team heading to the United States at the end of the month.

“I am really excited about returning to defend my BMW PGA Championship title,” Hatton told europeantour.com. “To have the fans back at Wentworth is going to be pretty incredible and I’m sure they will create a memorable atmosphere.

“I was over the moon to put my name on the BMW PGA Championship trophy last October as this tournament has meant so much to me down the years. Defending that title in front of the home fans will be an extra special experience.”

Fleetwood, who is coming off a T2 at the Italian Open, has found some form at exactly the right time. In 18 starts in the US, Fleetwood had just two top-10 finishes and lost his exempt status on the PGA Tour. 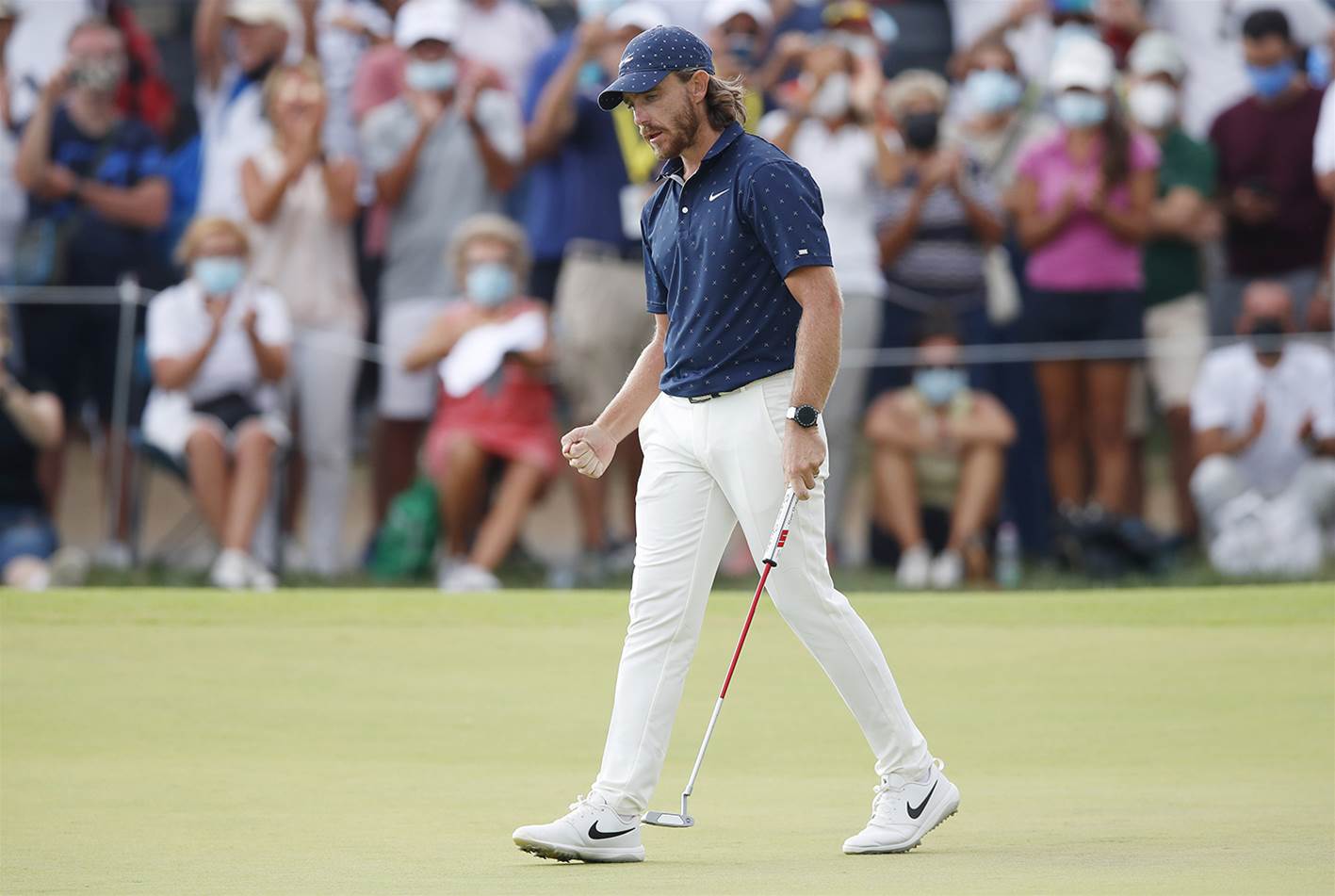 But now he’s back home, he will be seeking some form of redemption at Wentworth after playing his way into contention last year, only to slip down to T13 on the back of a closing 73.

“I keep taking every week very individually,” he said after his final round in Rome. “Let’s face it, I haven’t played great this year and I haven’t had the year that I want to and every week is the chance to start again in golf, that is the beauty of it.

“I’ll just keep turning up, keep trying to do the right things and play.”

Poulter will be looking to guarantee a pick for the Ryder Cup with a good performance on home soil. He was fifth at Wentworth last year, in his best result in the event in 17 starts.

His results have been consistent for months, since missing the cut at the Wells Fargo in May. Since then, there have been two top-10s in the US and a fourth placing at the Scottish Open. A victory this week would be his first worldwide since the Houston Open in 2018.

Another PGA Tour member who has crossed the pond to be at Wentworth this week is Adam Scott, who makes his first start in this event since 2006. 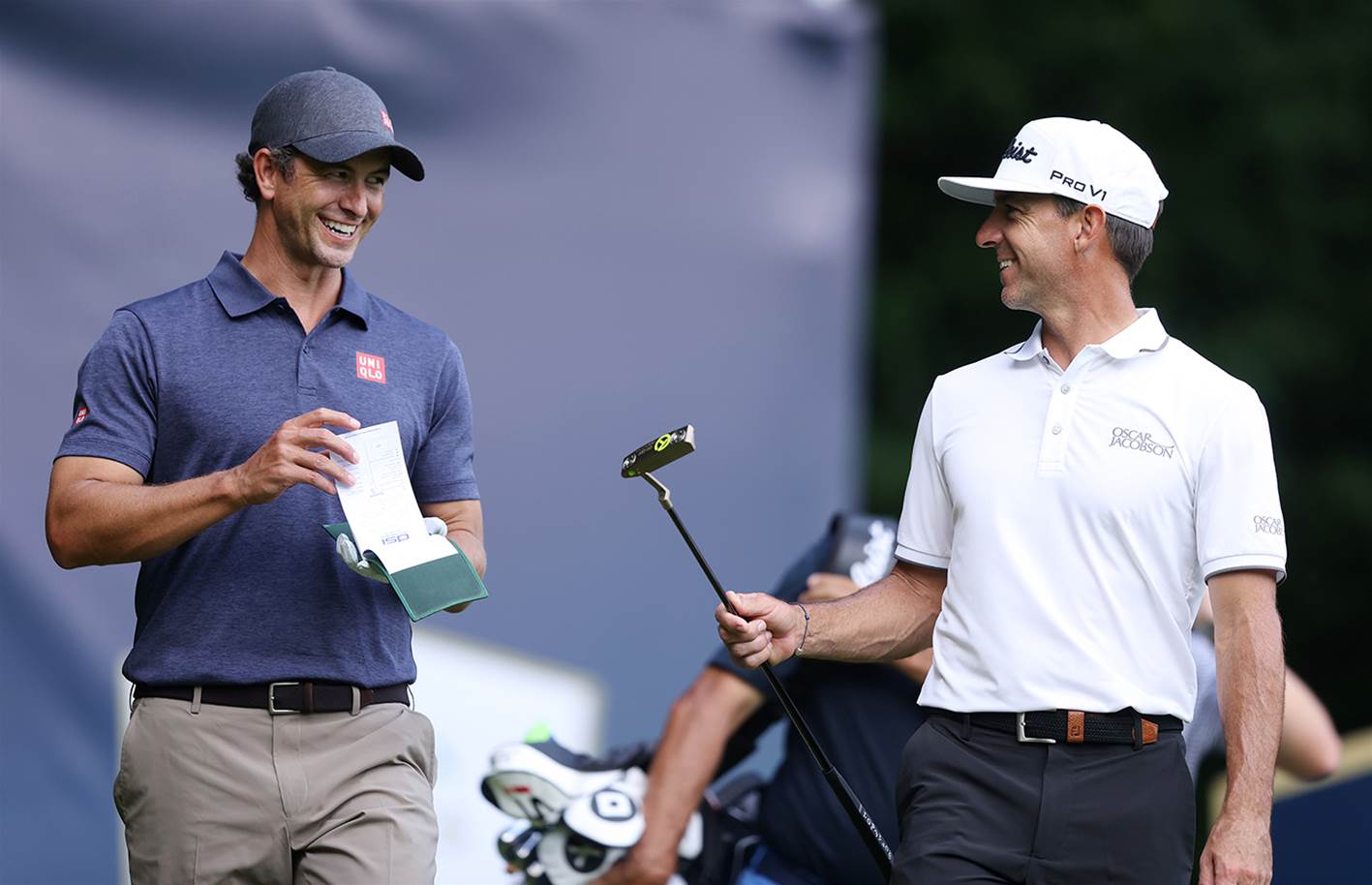 In the five career starts Scott has made at the PGA, his best result was in 2004 when a pair of 67s over the weekend saw him rise to T11, eight strokes behind debutante winner Scott Drummond.

The Queenslander will be hoping to bring the play that saw him card 64-65 over the weekend at the Wyndham last month and go within a short putt of claiming the title. If he does happen to win in London, it will be his first victory in the UK since the 2002 Scottish PGA.