The European Tour completes its two-week stay in Cyprus this week with the inaugural edition of the Aphrodite Hills Cyprus Showdown, where, after two cuts, the 16 leading players and ties will go head-to-head in a final round shootout.

COURSE: Aphrodite Hills Resort, host of last week’s Cyprus Open, opened in 2002 and was designed by Cabell Robinson. The 6,361-metre par-71 overlooks the Mediterranean and is built on two plateaux. It features pot bunkers and large, undulating greens.

Englishman Callum Shinkwin defeated Finland’s Kalle Samooja in extra holes here last week after shooting the round of the day – an eight-under 63 that was capped off by an impressive eagle on the final hole.

Shinkwin’s first European Tour title came in his fifth full season on Tour – and he hadn’t finished inside the top-five since the KLM Open in September of last year. The 27-year-old knows he can go low at Aphrodite Hills and he proved he can hold up under pressure in shootouts. This week’s format suits that style of play.

The 31-year-old hadn’t featured in any weekend action since the Irish Open at the end of September prior to last week’s efforts – and he should have regained some confidence by recording his third top-10 result in the past three months.

Scrivener is yet to win on the European Tour since joining in 2015. He must feel that his time is coming.

72-HOLE RECORD: This will be the inaugural edition of the event, however, Callum Shinkwin won the Aphrodite Hills Cyprus Open here last week, reaching 20-under-par, 264.

AUSTRALIANS IN THE FIELD: Maverick Antcliff and Jason Scrivener. 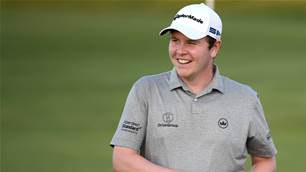 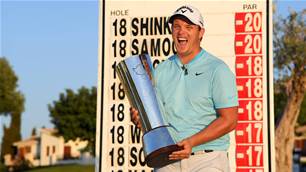 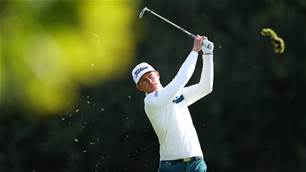