The European Tour returns to continental Europe and Valderrama after its successful UK Swing for the Andalucia Masters, which will be without its usual host Sergio Garcia and defending champion, Christiaan Bezuidenhout.

COURSE: Real Club Valderrama, in Spain, is one of the most iconic golf courses on the planet and was designed by renowned course architect Robert Trent Jones in 1974. The former Ryder Cup venue (1997) is known for its difficulty and will this week play to 6,401 metres (par-71). Keep an eye on the challenging closing stretch of holes, which always seem to create drama.

Belgian Thomas Detry returns to action after two weeks’ rest and deserves to be considered one of the heavy favourites at Valderrama, despite the fact he is still chasing his first European Tour title. The 27-year-old shared eighth place here last year and had posted two runner-up finishes prior to skipping the Wales Open and UK Championship.

Detry, who is currently ranked 79th in the Official World Golf Ranking, is currently third on Tour for his stroke average of 69.28.

The 33-year-old didn’t play overly well from tee-to-green at The Belfry last week, however he managed to lead the field in putting and will hope to have sorted out his ball-striking.

Sullivan, who has won four titles on the European Tour, has a decent track record at Valderrama, too, finishing T13th last year and T18th in his only other appearance, which came in 2017. 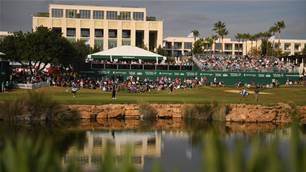 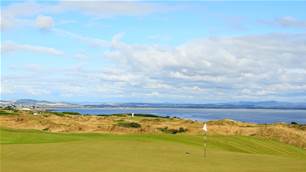