The 103rd PGA Championship returns to South Carolina’s Kiawah Island and its treacherous Ocean Course, which has been stretched to be the longest in major tournament history.

DEFENDING CHAMPION: Collin Morikawa fired a final round 64 to reach 13 under at TPC Harding Park in San Francisco and claim his first major title by two strokes from fellow American Dustin Johnson and Englishman Paui Casey. COURSE: The Ocean Course at Kiawah Island has been stretched to 7,876 yards, making it the longest course in major championship history. Designed by Pete and Alice Dye, the Ocean Course has the highest difficulty rating of any layout in America.

If the length doesn’t get you, the wind will.

The Ocean Course boasts the most seaside holes of any course in the US, with ten hugging the Atlantic and the other eight running parallel to those. Although it was originally planned to have the course sit behind the dunes, Alice Dye suggested raising the entire course to give players unobstructed views of Kiawah’s stunning coastline from every hole, which increased the layout’s exposure to the Atlantic’s unpredictable winds. There are no prevailing winds either, as Dye designed two courses in one—one for an easterly and the other for a westerly wind. 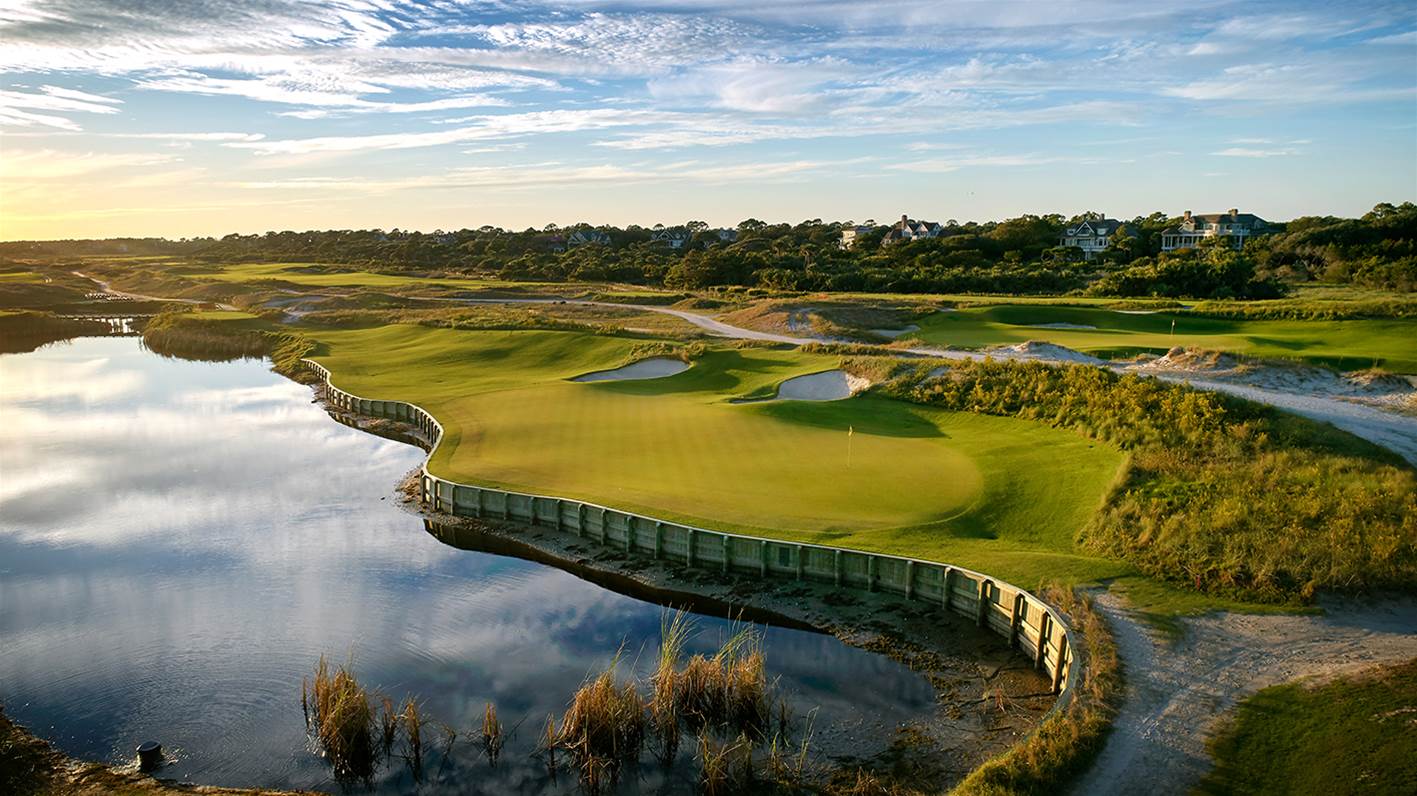 “I think this golf course is probably possibly the toughest championship course on a day-to-day basis that these players will ever see, especially if the wind blows a little bit,” says ESPN commentator and former dual US Open Champion, Curtis Strange. “If we have weather roll through here, wind coming off that Atlantic, it could be very, very hard. It could be really hard.”

The extreme length of the Ocean Course gives the biggest hitters in the field a distinct advantage before a ball is even struck.

You only have to look back at Rory McIlroy’s 2012 victory at Kiawah Island to realise this is a long bomber’s course. The Northern Irishman led the field in driving distance that week with an average drive of 311.5 yards. Interestingly, only nine players averaged more than 300 yards from the tee during the 2012 PGA Championship. 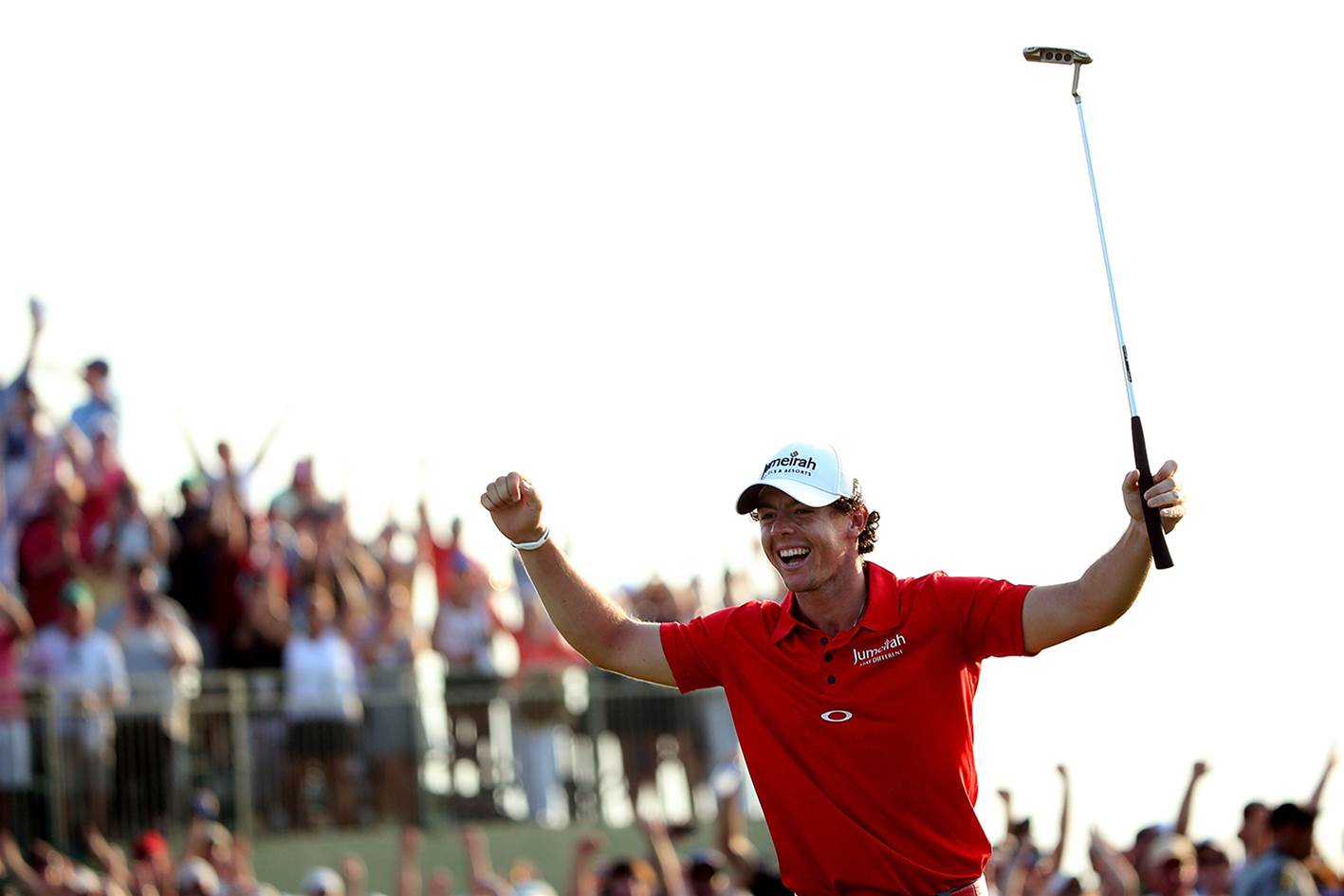 Rory McIlroy was equally good with the putter and driver in his 2012 win at Kiawah Island. PHOTO: Getty Images.

With a last start win under his belt, McIlroy ventures back to Kiawah as one of the favourites and a driving distance average of 318.8 yards.

Another favourite is Bryson DeChambeau – the man who leads the PGA Tour driving averages for 2021 … narrowly ahead of McIlroy.

DeChambeau is licking his chops at the prospect of winning a second major in less than nine months. He was in the mix at TPC Harding Park before winning the US Open at Winged Foot in September.

Unlike Winged Foot, his preparation has not included reconnaissance visits to Kiawah Island and he’s seeing it for the first time this week. But he’s not fazed because he knows his length has him holding the trump card.

"I've seen it on TV obviously watching Rory do what he did. He played really well out there, and I think his game, his length, is a tremendous advantage, as well as mine hopefully will be next week.

"I think it's one of the longest championships we've ever played. And I'm excited for that, because any time it's a super long golf course I think it fits into my hand quite nicely." But, as Kiawah Island Course Superintendent Jeff Stone said in a recent interview, the long hitters can’t just “bomb it” without regard.

That’s a skill McIlroy has impressed the golf world with for many years.